Update: Be sure to read our follow-up story, Sega fixed this issue with a version 2.0.1 update later in the day.

Sega has just updated Sonic CD (Free) to version 2.0, and they’ve made it free with ads. The problem is that the game now has ads even if you bought it before, and in version 2.0 you have to pay $1.99 to remove the ads. Which, if you haven’t bought the game before, is more than fair for a platforming classic, but it’s a bad thing to do to previously paid users. Don’t think that the age gate at the beginning won’t show you ads if you put in a low number, either. I put in my age as 6, and got a Game of War (Free) ad where a woman in her underwear slowly had armor added to her. The Apple TV version may just be free without ads – it is on version 1.1.3, and 1.1.1 was the previous version before the 2.0 update. So you may be able to just get this one for free on Apple TV now! Christian Whitehead says the change wasn’t done by him, either. 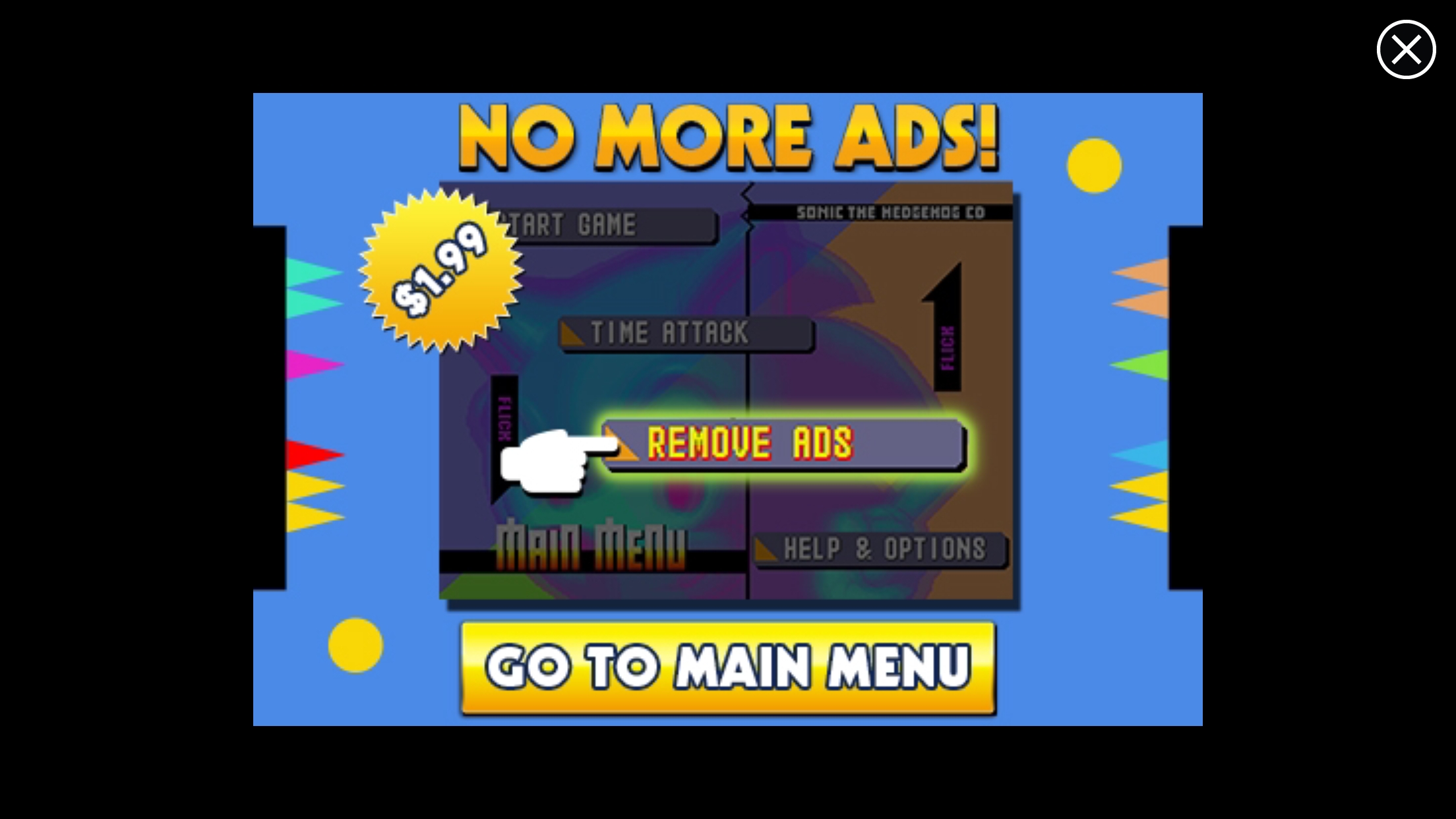 Here’s the problem with the app now having ads after being a paid app before: one, it’s disrespectful to people who owned the app previously. Granted, this is hardly the Watergate scandal, and the ad removal IAP is just $1.99 (cheaper than the normal price!) and this will revitalize the game possibly. But there’s no reason to treat paying customers like this. Literally, there is none, considering that other developers are able to make sure that they take care of their paid customers if they make their app free. What developers have done before is to check the user’s iTunes purchase receipt to see which version of the app they bought. I’ve talked to developers who have done temporary sales, scheduling an update when a game goes free, then another when the game goes back to paid, so that they can ensure by the specific version whether a user sees ads or not. Considering Sonic CD didn’t go free on the App Store before now, it seems well within the realm of possibility for a version 2.0.1 to remove ads for anyone who bought the app before.

Hopefully Sega does the right thing here and takes care of previous owners of the app. Otherwise, Sonic CD‘s still a classic with a unique time travel mechanic, and if you want to play it, now’s not a bad time, I guess.

We reached out to Sega for comment, and a representative says Sega is aware of the issue but has no further official comment at this time.

Update: Aaron Webber, a PR representative with Sega specializing in Sonic the Hedgehog, says that paid users shouldn’t be getting ads:

Just confirmed with our Mobile Team that anyone who paid for the game should not be seeing ads. They're looking into it!