It was an unusually tough week to pick just one game for our Game of the Week, but there was one game that I felt was unique and fun enough to stick out from the pack, and that was The Lost Shield ($0.99) by developer Game Stew. You may know Game Stew from their deceptively deep Tower of Fortune series which took slot machine mechanics and built them into a dungeon crawling RPG. With The Lost Shield they’ve again taken a proven game mechanic, in this instance brick breakers, and plugged them into a dungeon crawling experience to make for one of the more quirky but interesting games released in some time. 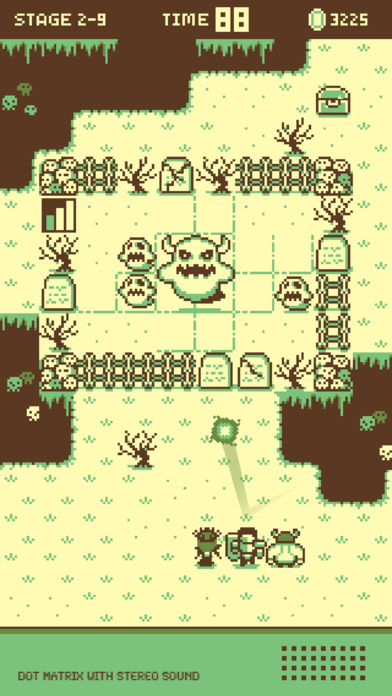 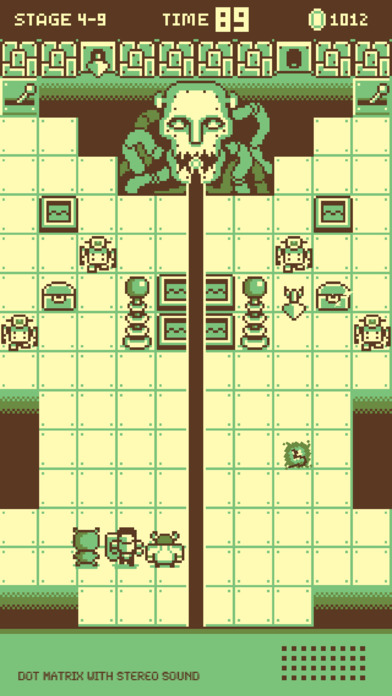 In The Lost Shield you play as the Hero, the same buffed out warrior character from the Tower of Fortune games. The Hero acts as the main segment of your paddle for brick-breaking, with additional characters added to the sides to make for a larger paddle. Initially these extra characters are just generic soldiers, but as you play you can unlock a wide variety of special characters to add to your group, each of which come with their own unique abilities. The characters also act as your “lives" and each time a ball gets past your paddle you’ll lose one, until it’s down to just the Hero in which case if another ball slips through it’s game over.

The levels in The Lost Shield are reminiscent of classic NES The Legend of Zelda levels, and the entire graphical style is an homage to the original Game Boy in all its greenish glory. Various types of enemies are the “bricks" that must be broken by your powerful ball of energy. Along with bouncing your ball into the enemies there are also breakable walls that uncover secret areas like a stairway that will lead to a bonus level and a hidden treasure chest to uncover. Levels are also under a timer, so there’s a sense of urgency to defeat all the enemies and complete the level before your timer runs out. 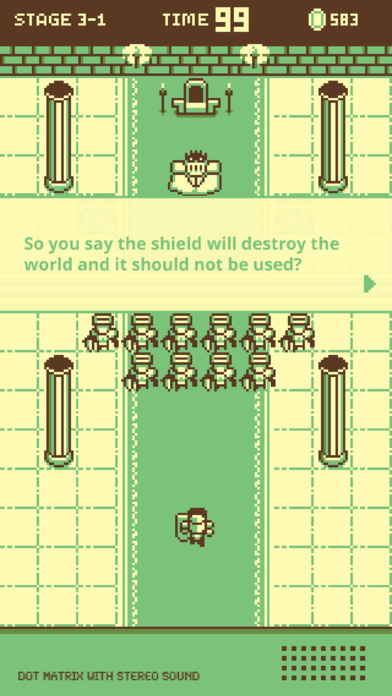 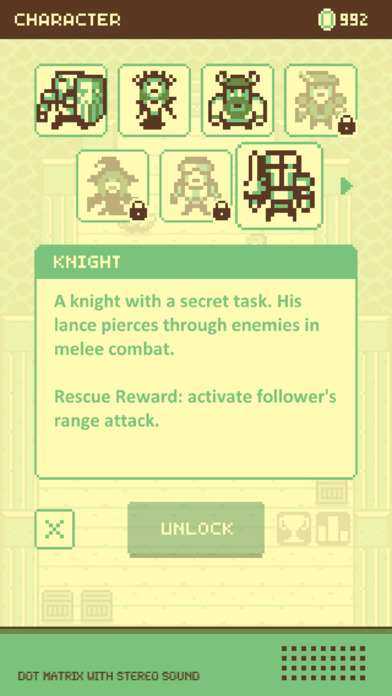 The main campaign is story-driven and spread across 6 different areas with 9 levels each, for a total of 54 levels. At the end of each level is a boss fight which will take a lot of skill and sometimes some light puzzle solving in order to defeat. All the elements of The Lost Shield come together really well, and I think what sticks with me the most about this game is that it feels like an action RPG first and foremost, and a brick-breaking game second. It’s very en vogue to take an established game genre and slap some progression systems and fantasy characters in it and call it an RPG-like. With The Lost Shield it just feels like a cool, old-school adventure that just so happens to be played by brick-breaking.

One thing worth pointing out is that the physics in The Lost Shield definitely take some getting used to. They’re not necessarily bad, but they often feel erratic, and the ball doesn’t always bounce in the way that you expect it to. I actually think this is by design to give the game a sense of randomness, and in fact there’s an inherent randomness to the entire game anyway in terms of achieving all of a level’s goals before you end up killing all the enemies and completing the level. Just know that this isn’t a game to replace your favorite brick breaker and lots of the skills and strategies used in other brick-breaking games don’t necessarily apply here.

Don’t let that turn you away, though, as the more time I spent with The Lost Shield the more I fell in love with it. Like all of Game Stew’s games, there’s a lot of subtlety and depth here that only starts to reveal itself the more you play. I haven’t really seen anyone else doing the brick breaker as an RPG thing as well as this, all with the same quirky style that Game Stew has become known for. I’ll happily be playing this one until I’ve perfected every campaign level, unlocked the Arcade high-scoring mode, and upgraded every ability there is. If any of this sounds like your cup of tea, I can heartily recommend checking out The Lost Shield.