While it may be something of an unknown quality to some of the younger readers here, the 194x series by Capcom is beloved by many for being home of some classic 80s shoot-em-up titles. However, its reputation on iOS is far from stellar – even those with the strongest rose-tinted glasses found it difficult to look past the dated graphics and apocalyptic controls of the now defunct 1942: First Strike and the original 1942 on the Capcom Arcade. Smallthing Games obviously noticed this dearth of quality of a series that really should be perfectly suited to mobile devices, and have flown in to attempt to fix its legacy – enter 1949 EndWar. Being a spiritual sequel to 1942, the developers have stuck closely to the aesthetic design of the original while attempting to bring the game into 2016 with responsive controls and substantial gameplay elements which, from the official teaser trailer, look mightily impressive in action. 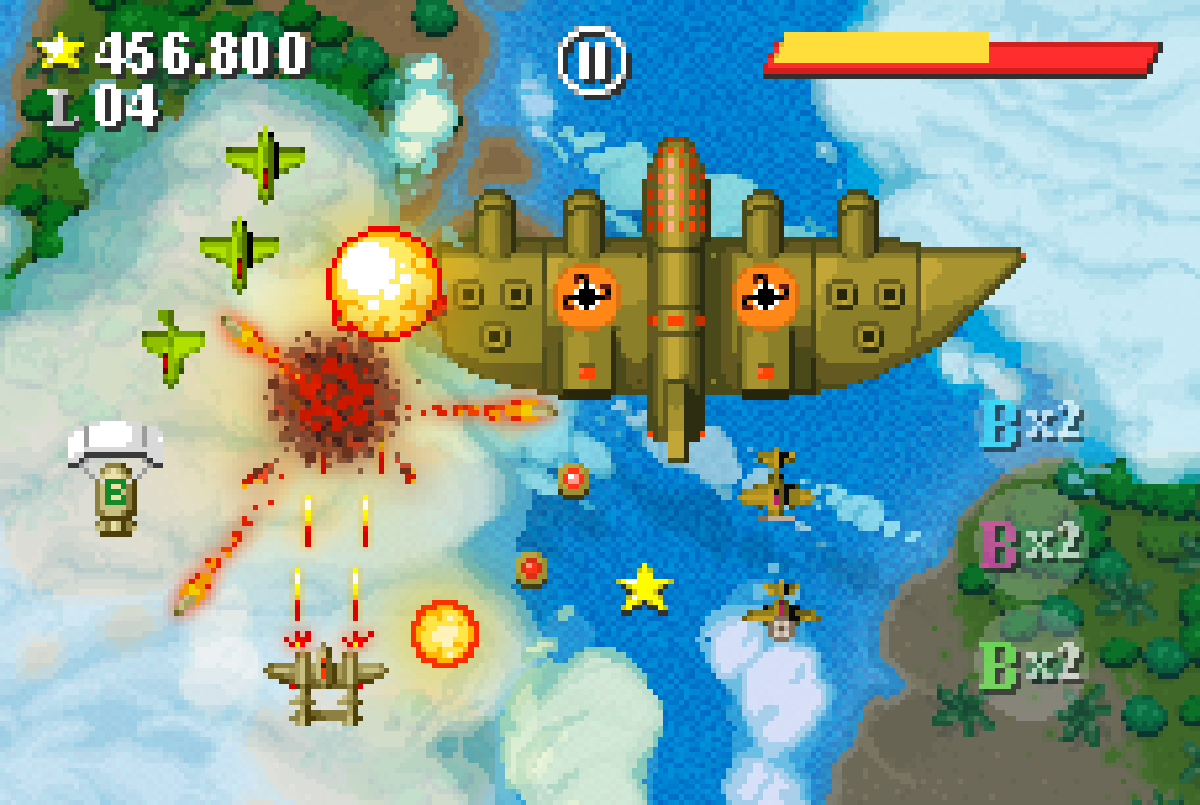 Having been in development since well into last year, it’s extremely evident that Smallthing Games have taken a lot of thought into keeping the style of the original Capcom series, while still giving 1949 EndWar its own distinct personality. As a History student, however, I am basically obliged to take issue with the name – the original Capcom series was based off the Second World War, and 1949 is both a whole four years after the aforementioned conflict ended, but also a year where there was no major battle at all, let alone an airborne one. That being said, the developers have cleverly manipulated history to set 1949 EndWar in an alternate timeline where the defeated faction from World War 2 regrouped in South America to launch a comeback, and so I’m quite interested to see where this unique storyline takes the game, even if it does make it stray from its source material’s relatively historically accurate roots. Also, to be fair, the Cold War and the Berlin Blockade wouldn’t really make for a particularly exciting shoot-em-up title.

Everything from the menus to the beautiful pixel art graphics in 1949 EndWar is brimming with intricate detail, and with ten mega bosses, over thirty enemies, and a whole variety of play areas and missions, there is a lot of content and customisation to the shoot-em-up action of the game. 1949 EndWar is set to launch before the end of the year – and seemingly as a premium title with no in app purchases – which is even more reason to keep your eye on the game, and if our fifteen page forum thread is any indicator, it may very well be one of the most anticipated releases of the year.