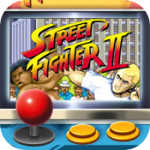 Last month Capcom Mobile announced an interesting new freemium type of game called Capcom Arcade [Free]. The game would serve as a shell of sorts that offered a selection of Capcom’s classic arcade ports that have been enhanced for the touch screen. Each game could be played with tokens, with a few free tokens given to you each day, or the option to purchase a pack of tokens as IAP. Also you would have the ability to purchase any of the arcade games outright for a flat fee, meaning they would be playable forever without the use of any tokens. I had a chance to go hands-on with Capcom Arcade last month, and my impressions from the brief time I played each of the games was pretty positive.

The emulation of each of the titles is fairly good, but definitely not perfect, and the controls are about the best that they can be given the touch screen interface. All four games have the option of positioning the virtual buttons where you please, as well as a number of preset positions. Also, every game comes with two flavors of difficulty to play. The default is a toned down iPhone specific difficulty, but you can choose the original arcade difficulty from the options too. As most of these games were incredibly hard back in the arcade days, this is a welcome addition. 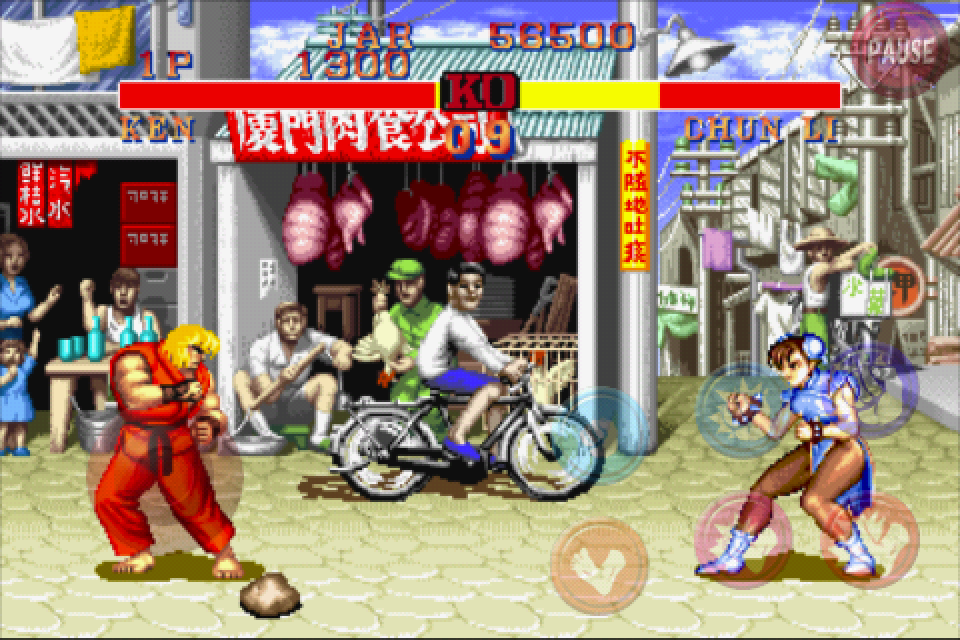 The inaugural selection of titles in Capcom Arcade is pretty solid. The highlight is of course the original Street Fighter II. With so many versions of this game being made over the years, this original version feels a little bare bones compared to some of the later iterations, but is still a fun game even two decades later. The next title in the lineup is Ghouls ‘n Ghosts, which seemed to me to perform the best out of all the available games. It runs smoothly and the virtual buttons actually work much better than I thought they would for this type of game. It’s still one of the hardest games of all time though, even on the easier iPhone difficulty. Both of these games run in landscape mode and offer an original screen aspect ratio as well as a full screen option. 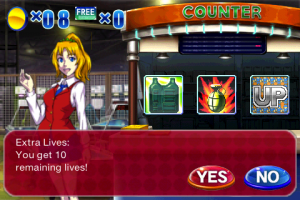 Then there are the games Commando and 1942, which both run in portrait mode and offer only one screen size. Commando performs pretty well, but it can be difficult to aim your shots at oncoming enemies using the virtual joystick. Also the grenade button isn’t as responsive as it should be, resulting in me dying on more than one occasion when trying to toss one at some bad guys. 1942 on the other hand is kind of the opposite. The performance leaves a lot to be desired, with the game constantly stuttering when lots of action is onscreen. The controls work well though, with automatic firing and sliding your finger along the bottom of the screen controlling your plane. With so many shooters available on the App Store, it’s surprising how much fun 1942 still is after 25 years.

Just like in the arcades, an initial play or continue of each game  in Capcom Arcade will cost you one token. You start each day with 3 free tokens and can buy a maximum of 10 tokens at a time for 99¢. If you want to purchase the game outright, each one can be bought for $2.99. Also, a number of IAP “cheats” can be purchased for each game. These can be things like the ability to cause or absorb more damage, additional starting lives, better equipment, and more. Each of these special items will run 99¢ and only need to be purchased one time, and can then be toggled on or off from the options menu of each game.

Overall I like Capcom Arcade and I’m especially fond of Capcom’s pay model for this title. In an era where freemium gaming is the route that many developers are choosing to take, Capcom Arcade offers gamers the best set of options. Right off the bat you can download the title and try out the games a few times each day for free. Or you can buy 10 tokens to spend on each game however you wish, and if enjoy a particular game a great deal then you can just choose to buy it outright and play to your heart’s content. The emulation of each game isn’t completely spot-on, but they’re all really playable and the assortment of control options is a nice touch. There’s really no reason not to give Capcom Arcade a try since it’s free, and I’m eager to see what new titles will be added in the future as the game evolves.