Earlier today we posted about PlayCast ($9.99), a third party utility that had been just released on the App Store. It advertises the ability to play PS4 games on iOS devices via the same Remote Play functionality that allows you to play PS4 games on the Vita. After waiting what felt like forever for my PS4 to update itself (I don’t even remember the last time I turned it on), and the same simple setup process that the PS Vita goes through to link it to the PS4 I was… well, playing Rocket League on my phone. Or, more accurately, trying to play Rocket League.

Out of the box and without an MFi controller, PlayCast relies on a pretty gross explosion of virtual controls to do anything. It works well enough for navigating menus, but it’s pretty difficult to imagine anyone actually playing a game using the virtual controls- Particularly as it seems there’s no way for the app to emulate virtual analog sticks. So, anything that is slow paced, and only requires the D-Pad and face/shoulder buttons should, in theory, be totally playable with some patience. 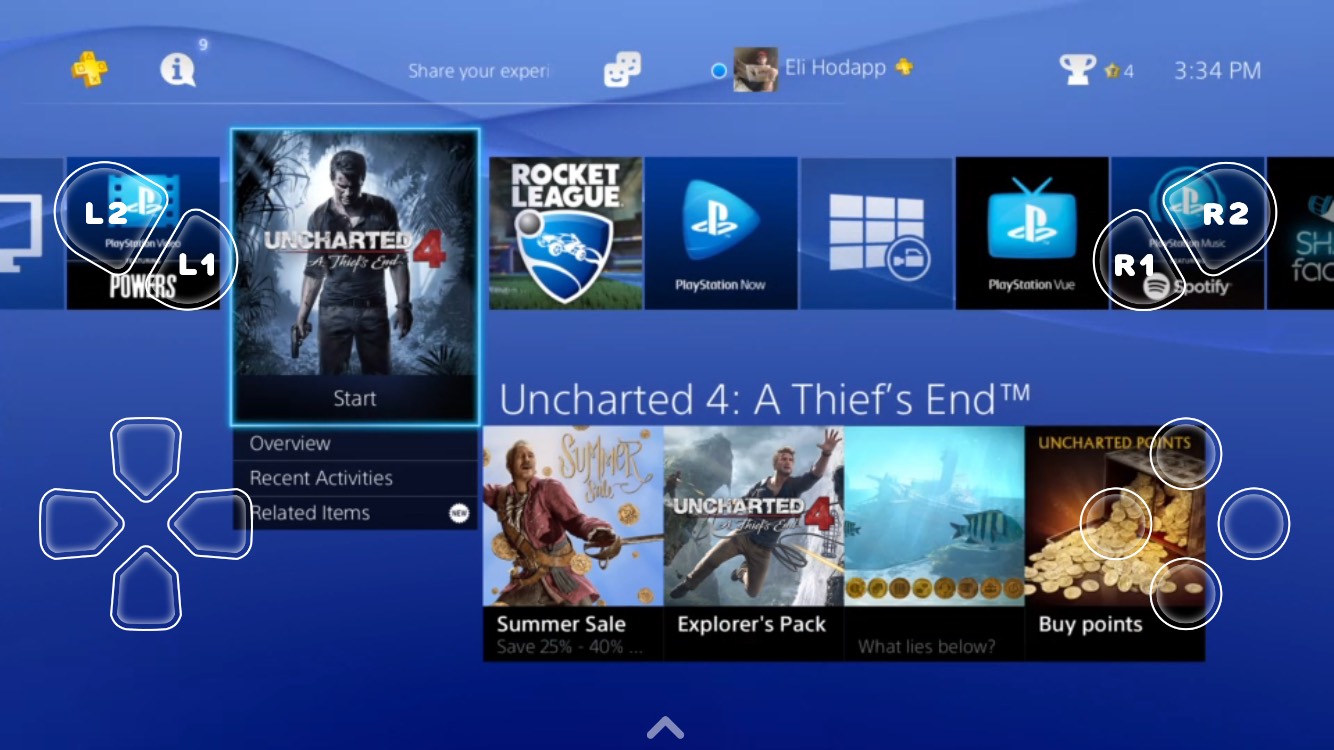 Pair an MFi controller to your iOS device and you’ve got a whole new world of possibilities in PlayCast. Fast-paced games actually become playable, although the app warns that you should have your PS4 wired via Ethernet and your iOS device connected via a 5ghz WiFi network. That’s the setup I have at my house right now, so getting PlayCast cooking at 720p and 60fps (the highest resolution and framerate offered) was no problem. Aside from a few random stutters here and there, the performance of the Remote Play seems to be identical to what I’ve seen the PS Vita do. Much like the (currently defunct) OnLive, artifacting is a considerable issue when there’s a lot of action on screen, as you can see from the following screenshot: 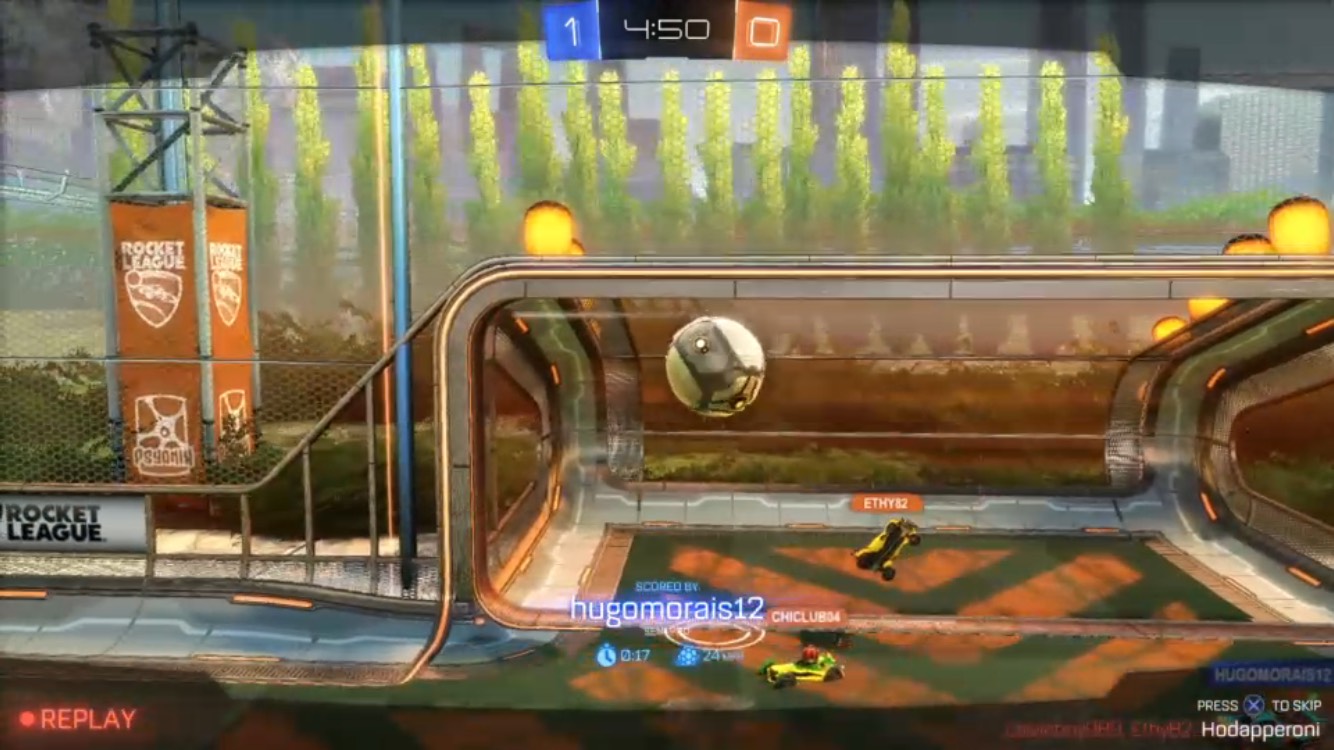 Everything gets a little muddy and blurry when there’s a lot of action, but again, it’s totally workable. When playing on an iPhone, most of this gets obscured by the small screen size so it isn’t as immediately apparent as looking at a still screenshot on your computer screen. The only (potentially significant) caveat to playing on your iPhone is it feels like the experience just sort of sucks compared to playing on an actual TV. In this day and age, a 30" TV is pretty tiny, so playing games made for a 30" to 60"+ display on a 4.7" cell phone screen is… Well, a little weird. I couldn’t really find a way to get comfortable either, as it felt like I needed to hunch over my phone and get real close to the screen to see a lot of the text or UI elements which would just be normal sized on a TV. 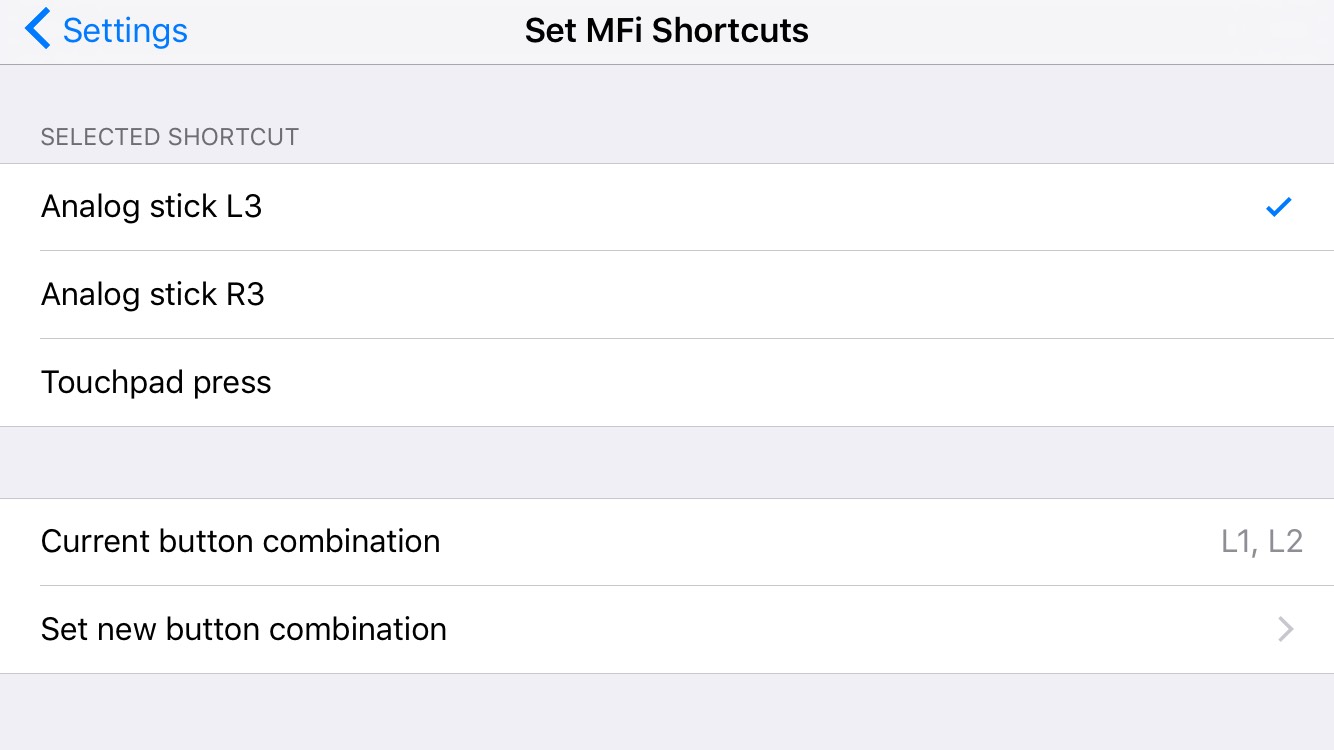 MFi controllers are obviously missing the L3 and R3 buttons from the PS4 controller. (Those are the names of the buttons you press by clicking the analog sticks in.) PlayCast has come up with an interesting solution for this in that you can map a combination of button presses to emulate pressing L3 or R3. I set mine up so pressing L1 and L2 together was the same as pressing L3, and the same for R1 and R2 for R3. It worked alright, but when you trigger L3 by pressing L1 and L2, PlayCast stops telling the PS4 you’re holding down L1 and L2. In the case of Rocket League, this is a little weird because you use the shoulder buttons to accelerate and you click the analog stick to look behind you. With this setup, you can look behind, but it momentarily releases the throttle. I’m sure with some experimentation you could come up with a combo that mitigates this a little better, but how well these things work will largely depend on the game and what you also need to be doing while hitting R3 and L3. 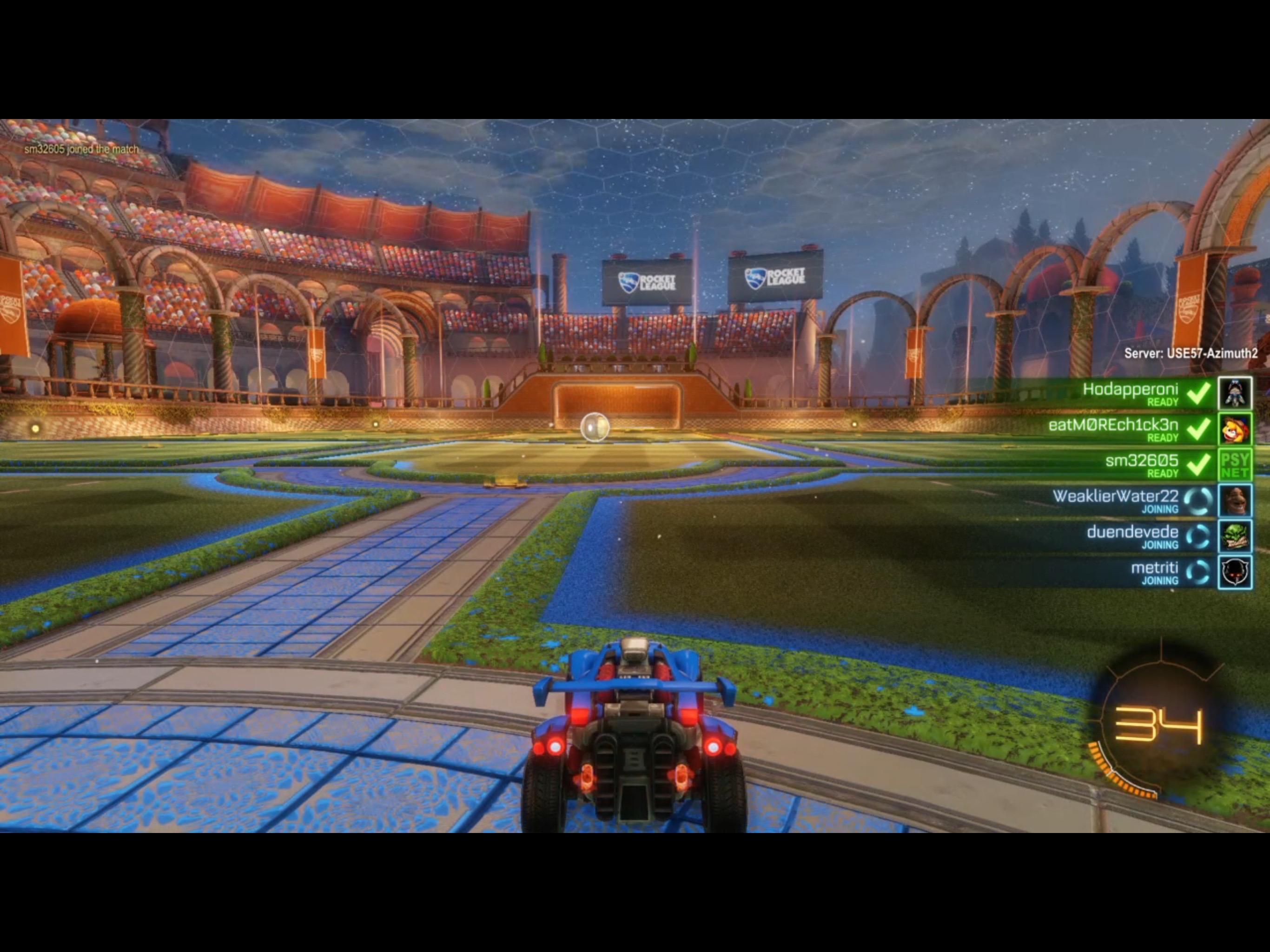 Playing on the iPad Pro (shown above) is a significantly better experience than playing on your iPhone, but it comes with the drawback of the relatively low 720p resolution and artifact-heavy Remote Play stream being considerably more obvious. Again, it’s not unplayable, but it’s just nowhere near playing on an actual TV. This all sort of raises the question of what use case exists where PlayCast is something you need? 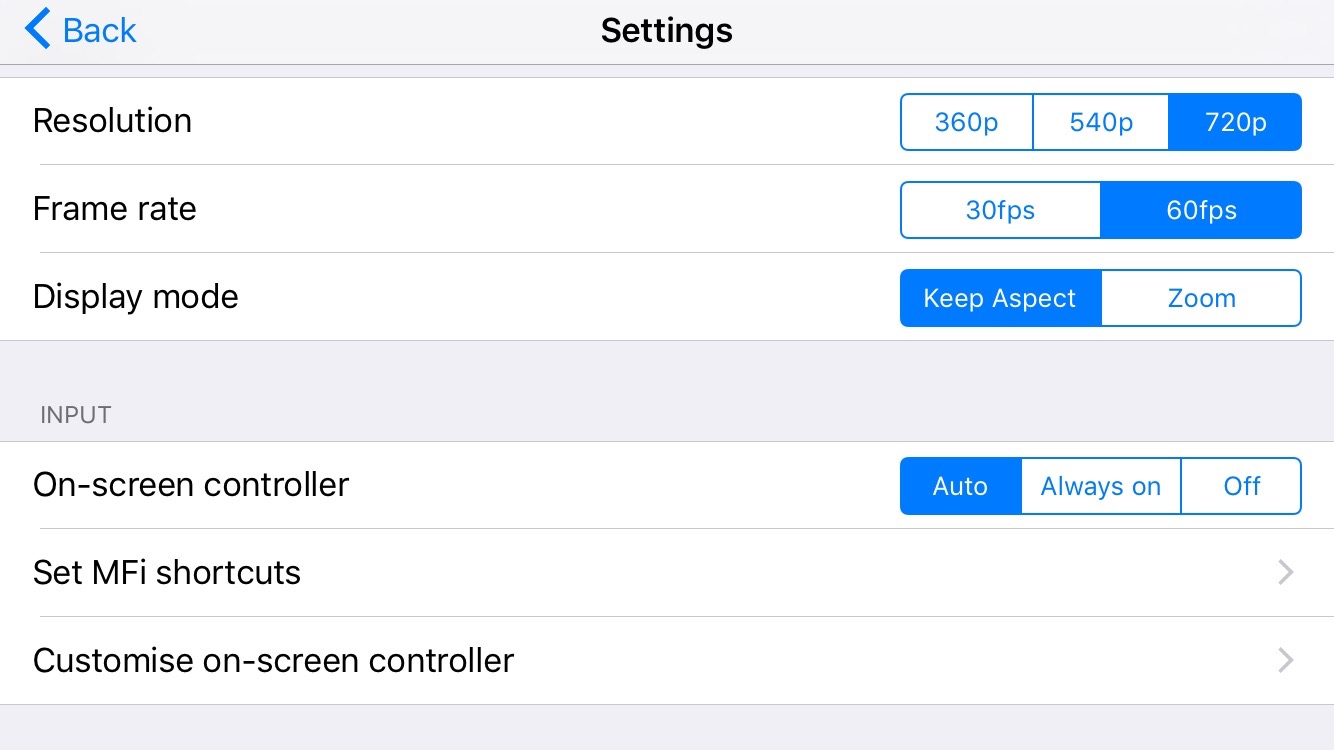 If this were 1988 and I was fighting for screen time with the rest of my family on our single TV to play Super Mario Brothers 3 on the NES, something like PlayCast would’ve been a godsend. I played through more than my fair share of objectively terrible Game Boy games exclusively because it was something I was always able to play instead of just something I got to play when no one else was using the TV. I would have put up with somewhat low (by today’s standards) 720p resolution and lots of visual artifacts to play my “real" console games in the same way I could play my Game Boy uninterrupted. 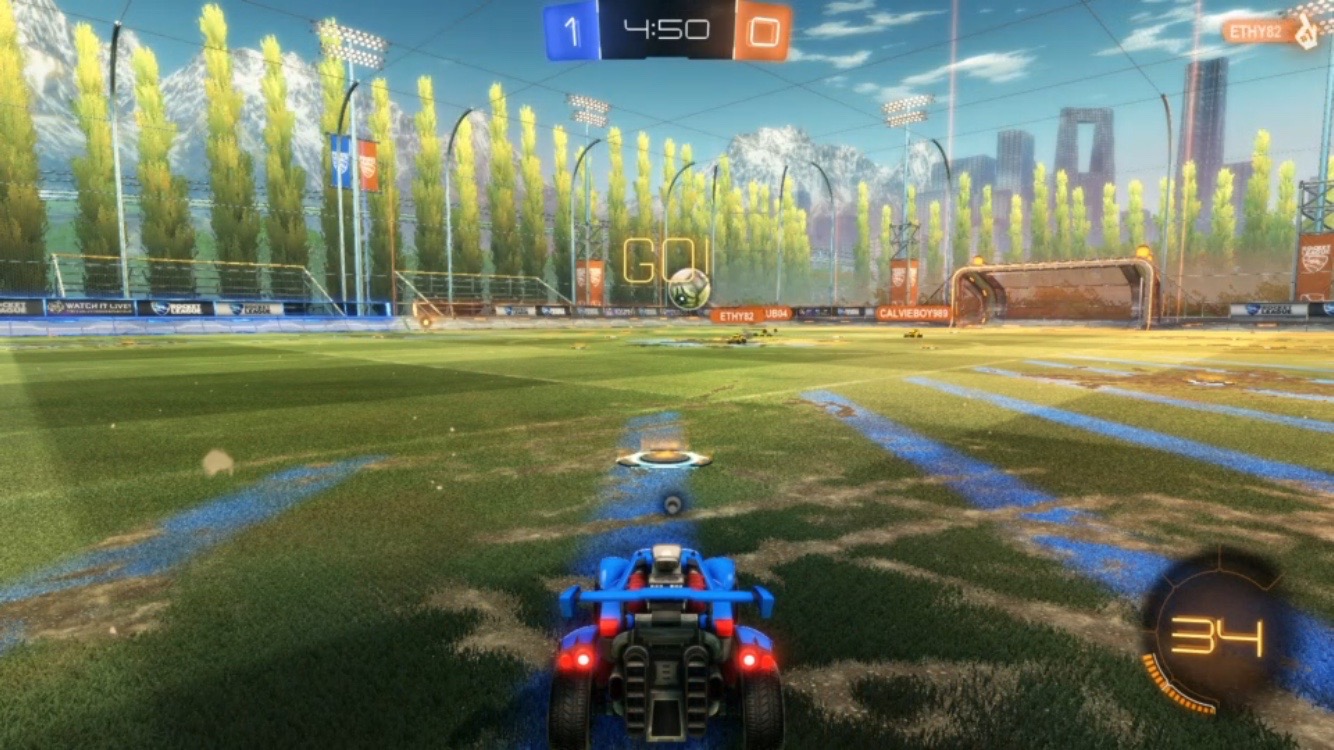 On the other hand, with how incredibly cheap TV’s have gotten, it’s hard to really imagine too many households that have a PS4 that wouldn’t just have an extra TV you could hook it up to. (Hell, if you don’t care about size or brand you can pick up an HDTV for under $100, or potentially way way cheaper, or even free, on Craigslist.) I guess maybe if your PS4 was hooked up to your TV downstairs and you wanted to play in bed on your iPad, that’s a decent use case for PlayCast, but, eh. 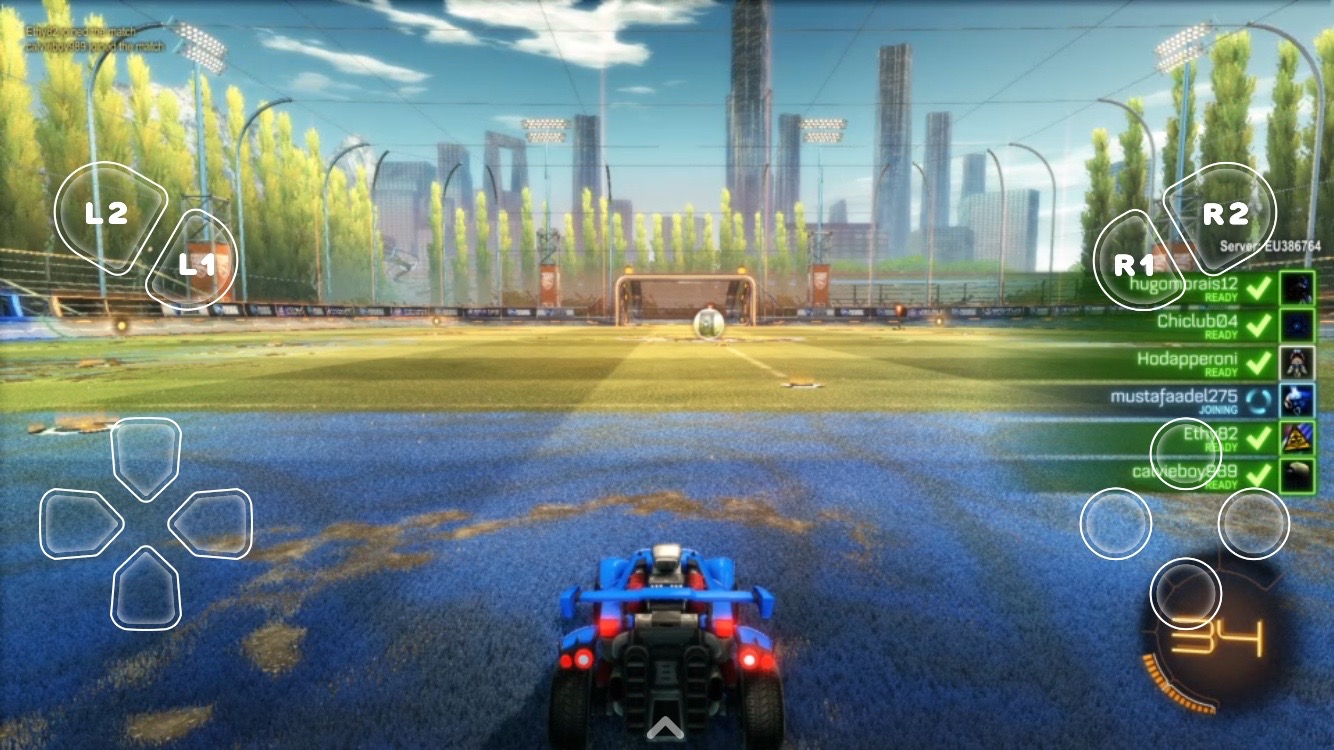 Overall, PlayCast is giving me the same vibe that the various iOS emulators that have snuck on to the App Store over the years do. Is it undeniably cool to be able to play PS4 games on your iOS device with an MFi controller? For sure, that’s super neat. Is it something I’m going to do more than once to go, “Huh, that’s pretty cool that I can do that?" Probably not. But, this is coming from someone who has their PS4 hooked up to a projector blasting on to a 10′ screen in my basement, so for me, the overall experience could not possibly be more night and day. For what it is though, PlayCast works surprisingly well, provided you’re willing to put up with a few caveats. Just beware of the real possibility that it could be a $9.99 “Huh, that’s neat."