Owing to the popularity of the series, one of the main questions many potential iOS gamers ask is “Where is a Pokemon game on iPhone?". While we were told back at E3 that a late July release date is likely, the wait appears to be finally over as Pokemon GO has launched in New Zealand on the App Store – whether for a soft launch or a precursor for a full worldwide release, we don’t know as of yet. While it is a variation from the traditional turn based RPG that many know and love, the augmented reality aspects of finding Pokemon that live around your local area based on certain terrains is sure to excite many ardent trainers. For anyone looking to catch ’em all on the move, Pokemon GO appears to be a great stopgap until the upcoming Pokemon Sun and Moon, and whatever further future plans Nintendo may have in mind for mobile devices. 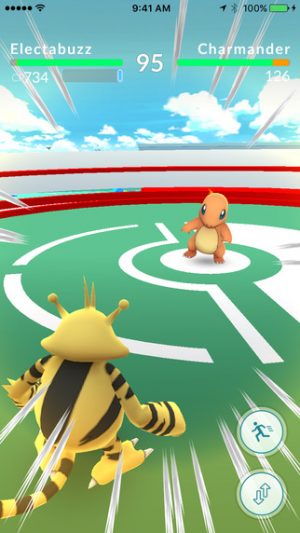 The intricacies of Pokemon GO have been covered extensively on previous posts, however the general gist of the title – travelling to real life locations in your local area to catch Pokemon – remains a strong selling point and an enticing incentive for any fans looking to relive the nostalgic era of the older titles, or newer fans of the 3D titles, to delve into the Pokemon universe. There are numerous Pokemon to catch in varied locations based on their types (i.e. you’ll find water type Pokemon in the ocean and other equivalent examples) and gyms to challenge once you’ve levelled up your team through a new mechanic of catching the same type of Pokemon rather than battling. A Pokemon GO Plus physical accessory also allows you to track the progress of any potential captured Pokemon through light and vibration feedback to prevent incessant glancing at your iPhone.

While the feedback from the beta hasn’t been entirely positive, and it’s questionable whether the game will live up to the hidden complexity of the Nintendo handheld titles, Pokemon GO will certainly fill a void for anyone looking for critter catching action on their smartphone. Regardless of whether this is a soft launch or a precursor to a imminent global release, make sure you use our soft launch guide to try the game out from its current exclusive release on the New Zealand App Store if you’re interested, and let us know your impressions and trainer tips on our forums.

Update: The game is now available in the US and most (all?) other regions on Android. Click here for the Google Play link.

Update 2: It looks like Pokemon GO is now available in the US App Store, but for some reason not Canada yet. Sorry neighbors to the North! This has been a funky rollout but I’d expect the game will eventually be available in all regions (hopefully) soon. We’ll let you know!