Cally’s Caves 3 (Free) has been a big success for Canadian developer VDO Games. It started out as an iOS game, where it earned a ton of praise from critics and players alike. Not long after, it released on Android, where it also racked up high marks. After a few updates and a successful Greenlight campaign, Cally’s Caves 3 then made its way to home computers through Steam, where an audience that usually shuns mobile ports wholeheartedly embraced the game. What can we say, she’s a little charmer. But there was once a time where us iOS gamers had Cally for ourselves alone, and it’s nice to see that VDO Games hasn’t forgotten those days. They’ve just released a major update to Cally’s Caves 2 (Free) that nearly brings the game up to the level of its successor. 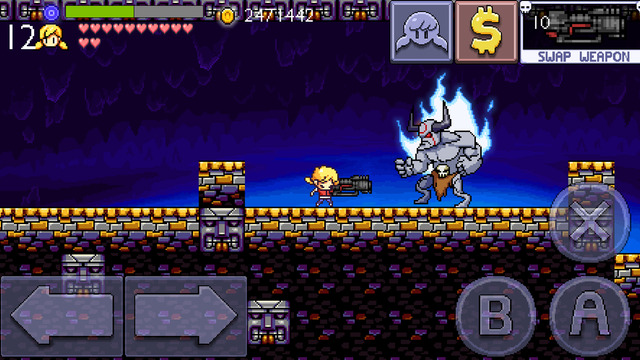 While I generally loved Cally’s Caves 2, as you can read in my review, there was one particular point where it stood out in a bad way. The collision detection was extremely strict, and Cally’s invincibility window was virtually non-existent. Since Cally’s a smart enough girl to pack heat, it wasn’t a problem most of the time, but if enemies closed the distance, it was quite possible to get bumped to death from full life just trying to get away from them. Well, that’s been addressed in this new update. The game now uses the movement engine from Cally’s Caves 3, and the collision problems are, for the most part, a thing of the past. While the developers were in there, they also adjusted the bosses, significantly increased the drop rate of coins, and adjusted many of the enemy behaviors. 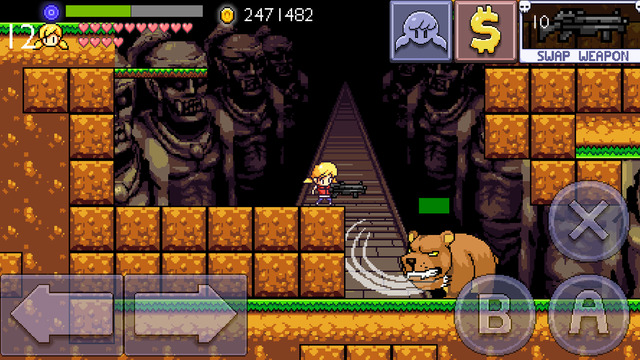 There are several other little improvements in the new version of Cally’s Caves 2, but I’ll let you go ahead and check them out on your own. After all, the game is (inexplicably, in my opinion) free, so even if you don’t already own it, you can solve that problem with the press of one or two buttons. With these improvements made, the game is easily worth playing even if you only came into the series with the third game. If your Cally preferences bend more towards playing on the computer, worry not. The changes found in this update will all be included in the upcoming Steam release of Cally’s Caves 2. Okay friends, now do the original Cally’s Caves!