With ‘The Angry Birds Movie’ right around the corner I have a feeling we’ll be in for an Angry Birds-palooza of new games and merchandise to hype the release of their big screen debut. It’s not even been two weeks since Rovio did the worldwide launch of the pinball-esque Angry Birds Action! (Free), but they’re already back at it with an interesting hybrid of Angry Birds and New Star Soccer (Free) in their recently soft-launched Angry Birds Goal! The game is developed in conjunction with New Star Flight Designs, which sounds like an offshoot of New Star Games who produce the massively popular New Star Soccer. So before anyone goes crying foul, it looks like this is an official collaboration, not a clone and re-skin. At least, I don’t think so. Angry Birds Goal! uses the same top-down view and easy pull-back-to-shoot control scheme that made New Star Soccer one of the more popular games on mobile. 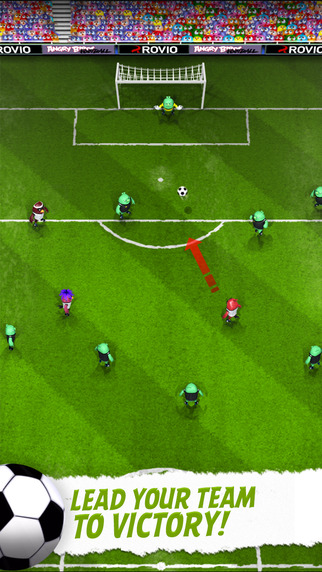 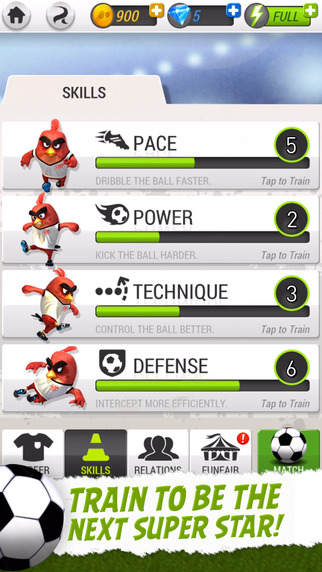 Apparently Angry Birds Goal! has been in soft-launch on Android for about a week or so, with the iOS soft-launch happening a few days later. It’s not soft-launched in any of the popular territories like Canada or New Zealand, but it is free so you could always make yet another new account using our handy guide so you can give this one a spin early, if you want. Otherwise I’d imagine that Angry Birds Goal! will launch worldwide in time for the EUEFA Euro 2016 in June, or perhaps a bit earlier to coincide with the launch of the movie on May 20th. Either way, hit up the forum thread for some early impressions of this interesting mashup, or if you’re equipped with an iTunes account in one of the soft-launch territories you can grab the game with the link below.