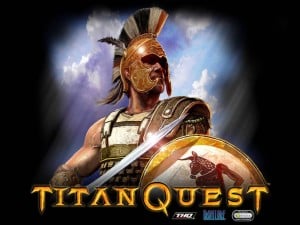 The A/RPG Titan Quest originally came out for PC in 2006 and was pretty well received. In it, you assumed the role of a warrior of the ancient world fighting against harpies, centaurs, and all the other monsters from Xena the Warrior Princess. So, when DotEmu announced in 2015 it was porting the game to iOS, many were quite excited. After not hearing that much about the game since its original announcement, we finally received word today that the game is coming out May 19th, and we got a Dev Diary explaining the changes made to the interface in the quest to make the game play better on mobile. I’m glad to see that the devs have put a lot of thought into porting the game and didn’t simply go with a quick and lazy port (which usually ends in pretty disappointing experiences).

According to the video, the developers spent months working on the interface, and they feel that what they’ve come up will please players. There’s plenty of dragging and dropping and there’s no action button anymore. Instead, there are plenty of new dynamic and static buttons that should make playing on the tablet pretty enjoyable. The game looks pretty good in the video, and I think it should please all those who prefer older style A/RPGs over the more fast-paced ones that have flooded the App Store recently. The release date of May 19th seems to be pretty firm, so hopefully we’ll see it on the App Store then.