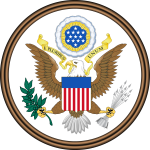 Alright, so this story is a little weird as I’m going to be trying really hard to tip-toe around any actual official title names as last time one of these huge Gameloft leaks happened we got DMCA’d by them back into the stone age and we had to take everything related to the names of the leaked games down. Anyway, back on March 22nd, Gameloft did an investor presentation in London. Part of that presentation laid out Gameloft’s entire lineup for 2016 and a few titles for 2017.

Starting with Q2 of 2016, Gameloft is planning on releasing a new version of their popular racing game which is now a series that includes eight different games. This time around may be a little more “extreme" than previous versions of the game. This new racing game will feature rally cars, monster trucks, souped up jeeps, dune buggies, and even something that looks like a VW Microbus with monster truck tires. Things speed up in Q3 of 2016 with a city building game where players will manage a city in something that looks a whole lot like SimCity BuildIt. Likely more interesting to our audience is a title from Gameloft’s Grand Theft Auto-like series that is set in New Orleans. It’s going to be totally open world, and have some kind of “social" component. 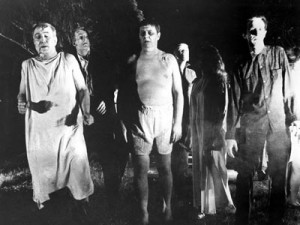 In Q4, Gameloft has a zombie-themed MMORPG that looks like it’s set in a Western-ish almost Borderlands-y universe. From the looks of things, the UI is laid out a lot like their World of Warcraft-like MMORPG, so you’ll likely be roaming around a post-apocalyptic zombie land partying up and slaying loads of the undead. Also coming in Q4 2016 is a sequel to Gameloft’s futuristic military themed Clash of Clans-like base building and attacking game. Graphics look considerably better this time around, like any sequel.

Rounding out this year’s Q4 releases is a new iteration on Gameloft’s Call of Duty-ish first person shooter series that looks like it’s set a tiny bit further in the future featuring soldiers in super suits, futuristic weapons, and lots of explosions. The tentative title hints that multiplayer will be a large component, and considering the current game in this series also leaned heavily on multiplayer, that’s not much of a surprise. 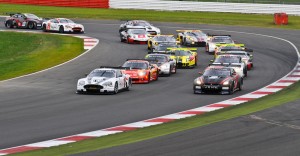 Farther out yet in Q2 of 2017 is a proper sequel to the same popular arcade racing game I mentioned earlier, almost as if the one they’re releasing this year is a sort of spinoff / half-step between the two games. This particular game looks a lot like the existing title, with super cars, great graphics, and even the ability to do backflips… Because, sure, why not. There’s also mentions of sport bikes and eSports in there, but it’s hard to say where those things come into play. Last, but certainly not least, is a sequel to Gameloft’s Diablo-like dungeon crawler. The “main" version of this game will apparently have some kind of eSports MOBA element to it, but it’s unclear whether or not that will be the whole game. Also in this series is a spinoff title where players will fight monsters via side-scrolling beat ’em up style gameplay.

There wasn’t any specific mention with regards to whether or not these games would be free to play, but during the presentation Gameloft outlined that the strategy for upcoming years include “staying up to date on the latest monetization techniques." They specifically listed cards, gacha mechanics, leveling things up, and event systems with ambitious user acquisition strategies. Realistically, if you’re expecting big studios like this to be releasing premium games in 2016 and 2017, you really haven’t been paying attention to the iOS market.

We’re going to keep our eyes out for more details on these games, which we can hopefully start mentioning by name… But, since we don’t really like getting emails from lawyers, it seems better to err on the side of caution here.

Note: Yes, it’s April Fool’s day today, which unfortunately puts a shadow of doubt over everything on the internet. We don’t participate in that sort of thing, and this leak is very real.