We’re all looking forward to Tinytouchtales’ new upcoming game Card Thief, but that doesn’t mean we’ve forgotten about the original game Card Crawl (Free), one of my own personal favorites from last year. After the hefty update back in December which added the fantastic Deck Merchant and a bunch of new ability cards, the next big Card Crawl update will rebalance a bunch of the game’s ability cards and replace the current Streak Mode with a new tweaked version called Delve Mode, Tinytouchtales has detailed on their blog yesterday.

First up are the balances. Tinytouchtales received a lot of feedback about the new ability cards added in the last update, and weren’t happy that some of them rendered existing ability cards almost useless. With that in mind they’ll be making the following changes to these cards:

Tame – Equip a monster as a sword or shield. (Monsters can no longer be sold for gold.)
Leech – Gain life equal to the value of the selected dungeon card.
Trade – Sell any non monster card for the double of it’s value.
Feast – Raise a dungeon cards value by the values of its adjacent cards.
Bash – Use an equipped shield as a weapon. Each attack the shield loses 1 durability.

Additionally, the Suicide ability card will be replaced by one called Worship, which allows you to redraw 4 random monster cards and gain their values in gold. That sounds pretty awesome. Once all these card balances are introduced in the version 2.2 update, Tinytouchtales is going to reset the Game Center leaderboards so that they know from that point on everyone will be on a level play field in terms of high scores. 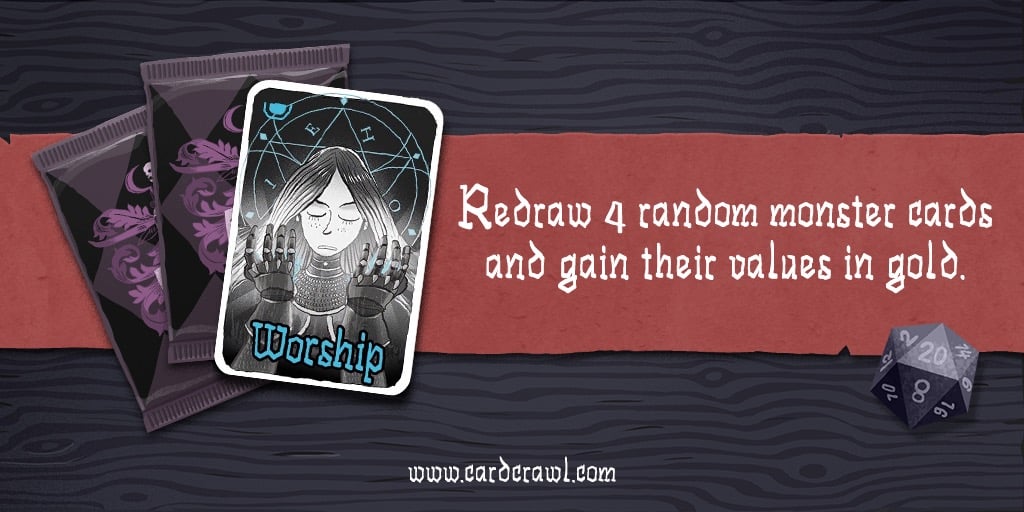 The second part of this update will introduce Delve Mode, which is actually a reimagining of the game’s existing Streak Mode which is sort of a meta-game that tracks your score over consecutively won games. In Delve Mode, this remains true, but each successive game of your streak increases in difficulty both in terms of the number of monsters you’ll face and the amount of gold that will be required to win. Think of it like delving into each new floor of an increasingly difficult dungeon, hence the name Delve Mode.

It all sounds quite awesome, but there is some sad news too. Version 2.2 will be the final planned update for Card Crawl, as Tinytouchtales will be focusing entirely on finishing and releasing Card Thief. However, it’s just the final “planned" update for the game, and they may revisit Card Crawl sometime down the line after Card Thief is out. Card Crawl version 2.2 is already submitted so look for it soon.