Tinytouchtales is making a followup to the fantastic and successful Card Crawl ($4.99), called Card Thief. This will be designed around the same solitaire card game principles, but will be centered around stealth gameplay of drawing paths, trying to avoid dangerous cards on a 3×3 grid, with influences from Sage Solitaire (Free) and Dungeon Raid ($0.99). 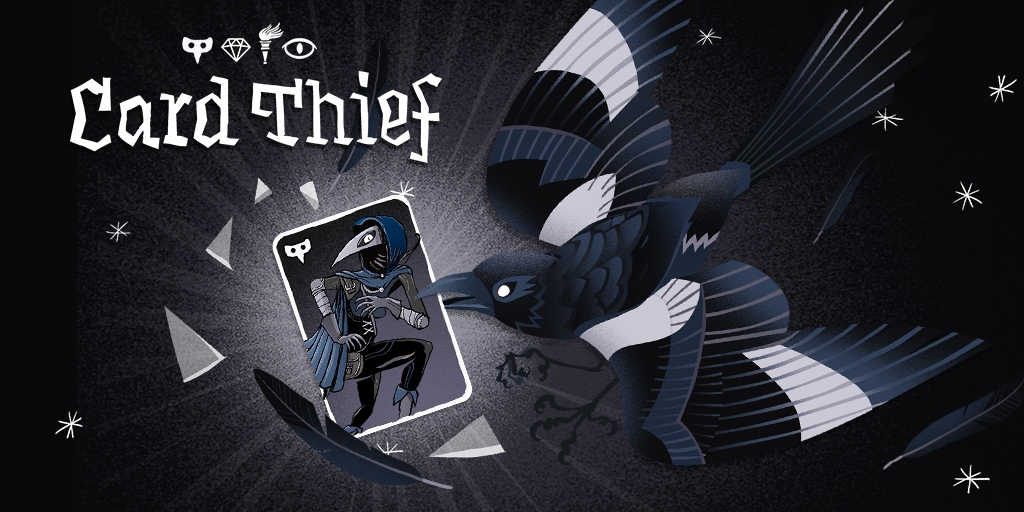 The Card Thief blog is full of detailed commentary and images showcasing how the design of the game has come along, if you’re interested into that sort of thing. The game’s been in a quiet quasi-public prototyping phase so far, but Tinytouchtales is now making a bigger stink about it, and starting to show off some of the art by Mexer, responsible for Card Crawl‘s distinctive art, that will be in the game versus the placeholder art. Based on how good Card Crawl was and the concept here, this is well worth getting excited for. Plus, there’s a thread in our upcoming games forum where you can discuss the game and get further updates.