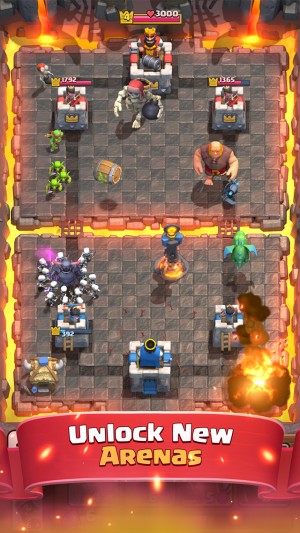 We’ve been posting quite a bit about Supercell’s soft launched Clash Royale because it’s an insanely good game. I’m currently level 6, fighting my way into arena 4, and this game has soaked up nearly all of my free time. It’s simultaneously scratching most itches I have when it comes to mobile gaming, and I love that the session lengths are so short that you can squeeze in a game almost anytime. Things in the Clash Royale-iverse haven’t been all puppy dogs and roses though, with some players having significant concerns with the game which Supercell responded to last night.

Chest timers are the first thing anyone who doesn’t like Clash Royale jumps to as to why it (and other free to play games) are the worst. If you haven’t played the game yet, progress is gated via winning chests by beating opponents, and these chest take a minimum of 3 hours to open. Chests contain gold which you spend to play games and buy individual cards as well as cards themselves which are (obviously) used to make your decks or (not so obviously) level up cards you might already have.

Supercell points out that you can play entirely for free (Which basically everyone in the soft launch is doing right now, because who has a New Zealand credit card?) getting the maximum number of unlocks and daily rewards with roughly an hour of total playtime every day. More importantly though, the game is balanced in a way to give players motivation to keep playing it long term, instead of just power-gaming, unlocking every card, and moving on. Supercell also mentions, " In addition, players interested in trophy pushing, or just experimenting with different cards, can still play as much as they want to! It’s up to you as a player and your individual goals." 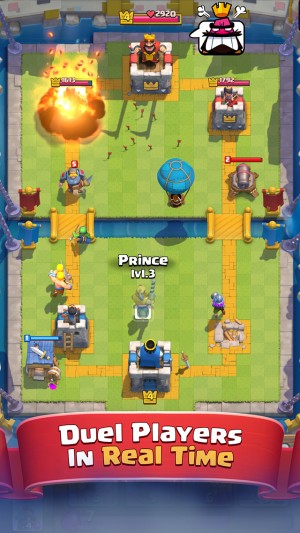 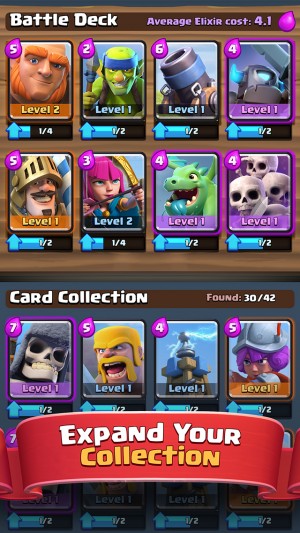 Like any game with card mechanics, the balance and metagame that encompasses the whole thing will be constantly evolving. Supercell says “Players should expect some balance changes every month." They also point out an important fact that people often overlook when it comes to these kind of games: Any card can feel “overpowered" if it’s played well. New players love to point out the Prince as a totally broken card that is ruining the game for them because it’s the first epic card they might not have in their card pool. Here’s the thing with the Prince though: It’s a five elixir card that absolutely wrecks in the proper circumstance, but gets completely smoked out by any low-cost card that can get in his way to stop him from charging. Learning these strategies is all part of the fun.

Supercell has also mentioned that there will be no progress reset when the game launches worldwide, which makes hopping onboard with the soft launch feel even more appropriate. With much of your progress gated behind timers, the quicker you get those timers rolling the farther ahead you’re going to be without spending any money.

Anyway, as mentioned, I’m totally loving Clash Royale, and I think as long as you approach the game with an open mind so the chests don’t make you so mad, you’ll similarly be squeezing in games all day long. Grab the game from the New Zealand App Store then join us in both the Clash Royale forum thread as well as the Clash Royale subforum, which I’m hoping picks up after the game launches globally.