Previous Headline: “Apple Confirms Purchase History Removal Is Intentional, in What Might Be the Worst Conclusion Possible to Recent Drama". For more information, please read the updated text:.

Update: We posted this story based on Pocket Gamer claiming to have received an official response from Apple regarding whether or not purchases being removed from users’ App Store purchase history was intentional or not:

If an app that you own is removed from the App Store, you will no longer be able to download it from your purchase history, an Apple spokesperson has told Pocket Gamer.

We fired off a cursory email to Apple, but felt confident publishing this as both historically Pocket Gamer writes stories based on good sources and in nearly a decade of working with Apple, everyone gets the same response. Apple’s PR is a well oiled machine with two settings: No response (or a “No comment") or the response. I just got off the phone with Apple’s US PR who have assured me there has been no policy change. We will update as we get more information, hopefully today.

I’d like to extend my deepest apologies both to our readers and to Apple for jumping this gun and posting this story without confirming everything personally, which isn’t a mistake I’m going to make again anytime soon. Tensions are high in our community, and in racing to cover this story as it develops I trusted a source I shouldn’t have. Anyway, as soon as we have an actual official Apple statement on the matter, we’ll publish it for everyone to read. 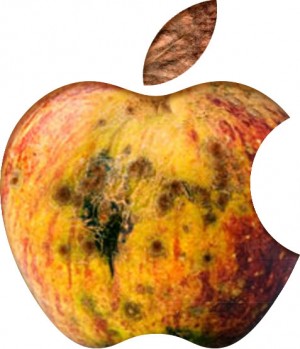 If you’ve been following the drama over the last week or so surrounding classic premium games vanishing from App Store purchase histories, strap in for the equally disappointing and baffling conclusion to it all: According to Apple, apps that are no longer for sale on the App Store also will not be available to download again in your App Store purchase history. I’m really just sort of at a loss as to what to even say about all this anymore. Originally it seemed like it was easy to assume big publishers were pulling things they didn’t want to support, particularly with the erie silence from them. When those same developers finally formulated a response and were just as confused as we were, things got interesting. Never in a million years would I ever have thought this was an unannounced policy change direct from Apple, but, here we are.

It’s particularly puzzling, as for years now Apple has been championing the wonders of iCloud backups. I’d go as far as to say most iOS users, at least the ones I know, don’t sync anything to iTunes anymore, as there hasn’t been any real reason to since iOS 5. The iCloud backup and restore process, historically, has worked great. You’re effectively uploading (and downloading) your unique personal data, then downloading all your apps and games again straight from the App Store. With this recent Apple policy change, you can no longer trust iCloud as a backup method as your apps will only exist for re-download as long as they’re available for sale on the App Store. If an app gets removed now, and also purged from your purchase history, if you’re not backing up locally via iTunes you’re out of luck and Apple’s response is to go pound sand.

Considering we first heard of this in an official capacity this morning, the developers I’ve spoken to seem equally shocked with Apple’s decision. As Shaun mentioned yesterday, it was never the developers’ intention to have their games vanish from purchase histories. Instead, they were simply pulling them from sale while they work on updates. It’ll be interesting to see how this all plays out, but like most Apple policy changes, I’m not putting much hope in them eventually coming to their senses. Historically, once Apple has made their mind up when it comes to a new App Store policy, regardless of how ridiculous it is, it stays that way.

If you care about preserving your App Store purchases, there is a solution, but it’s not a great one. As suggested by Craig Grannell on Twitter, checking this box in iTunes will download all of your purchases to your computer:

@hodapp @tapbot_paul The attached has now very much been turned back on. pic.twitter.com/wBnjmFrvV9

It especially sucks considering keeping a local backup of your apps and games soaks up a lot of hard drive space, which only stings worse with Apple’s move to lower-capacity SSD storage (compared to traditional spinning drives, anyway) over the years. I straight up do not have the drive space to locally backup every game I download, and the prospect of needing to come up with some kind of external drive solution for downloading iTunes purchases just because they can be totally removed from the App Store and my purchase history at any moment is absolutely ridiculous. Worse yet, considering this was a totally silent change, how are people supposed to know they need to start backing things up locally when the unified Apple message on backing up is “Don’t worry about it, just use iCloud!"?

As mentioned yesterday, there is a workaround to all this- But it involves proactive developers listing their apps for sale in some tiny remote iTunes region. This might work for indie developers, but for other developers who made games involving complex licensing deals or other complications, chances are there aren’t provisions in their contracts for games still being sold but only in obscure African countries. Additionally, considering this has come as a total surprise to every developer we’ve contacted, getting the word out that they need to start doing this is going to be as much of a challenge as spreading notice that you can no longer trust iCloud for backups. Either way, I’m sort of at a loss as to why Apple thinks it’s a good idea for the iOS ecosystem that things you bought can effectively vanish. With paid, premium apps becoming an increasingly hard sell, this is just one more nail in the coffin of expecting anything but supremely temporary free to play games as a service on the App Store.