We’ve gotten quite a response from today’s article about the recent issue of games being removed from the App Store and/or purchase histories, and although I’m still in the process of hearing from some publishers, I thought it would be prudent to follow-up with those who have officially replied. After all, this is a pretty grave situation, and a lot of people are upset, so it’s best to get the straight answers out as soon as it’s possible.

Capcom has made an official response regarding Ghost Trick, which was pulled from the App Store earlier this year and from purchase histories in the last week. They’ve confirmed that the game has been removed from the storefront while they fix it, and that they hope to have it back on the store soon. Capcom was also very careful to emphasize that customers who already paid for the game will be able to redownload it at no cost once it has returned to the App Store. 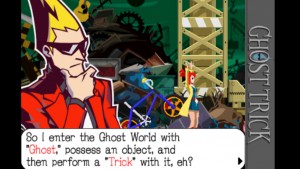 Meanwhile, Telltale responded fairly quickly in their support forums regarding virtually all of their games being pulled from the App Store recently. Major titles like The Walking Dead, The Wolf Among Us, and Back To The Future were all recently pulled, and given the nature of how IAP works with pulled games, anyone who didn’t already have the full games downloaded are unable to play the full games. The games are suffering from significant audio bugs in iOS 9 and have been temporarily pulled pending fixes. Once those fixes are made, the games will return to the store.

I’ve also heard from a few other publishers who hope to make official statements soon. While most of them are talking around the issue, I’m getting the feeling that nobody intended their pulled apps to be removed from purchase histories, adding support to the idea that this is coming from Apple’s end, and may well be an unintended bug. I’ll be following up on this story once I’ve heard from more publishers, but it seems that there is hope for at least some of the missing games to return, if not all of them.