When it comes to game developers, you should not expect reasonable practicality from them. Their dreams far exceed their ability to deliver. I mean, if you’ve ever backed a Kickstarter project, you know, because they were at least late on delivering it. And Star Citizen has somehow turned into “The creator of Wing Commander wants to make a new space game" into a multinational crowdfunded AAA nightmare. The point being that when a game developer promises you the moon, you should expect a large rock at best. Except in the case of Mos Speedrun 2 ($0.99), a game made by some real crazy people. It’s so crazy, that it’s got secret items that only appear on certain days. Secret areas that house difficult-to-collect golden skulls are often more difficult than the actual levels themselves. One of the developers watching me stream the game said that I missed several secrets in one level alone. They somehow managed to jam-pack everything they ever could possibly stick into a speedrun game, and it is absurd.

The natural goal of a level in Mos Speedrun 2 is to get to the end as quickly as possible, but that’s just one of five objectives you have. You have an award for getting there under the time limit, which sets some very high barriers for success. Other speedrun games are far more forgiving, but not this game! There are coins spread throughout the levels, with a medal for finding and collecting them all. Each level has a hidden skull in it, often found behind invisible walls. By which I mean, there’s basically a brand new level hiding behind an invisible wall, where you have to go get the skull, then run back and make it to the end of the level to collect it. And then there are the fifth objective, for some special item that might only appear on certain days in a level? This game is deep, and has quite the number of things to do, and oh yeah, you’ll need to complete some of those extra objectives to unlock future worlds. You can get to the next level through completion alone, but you’ll have to do some coin and speed runs to keep advancing. 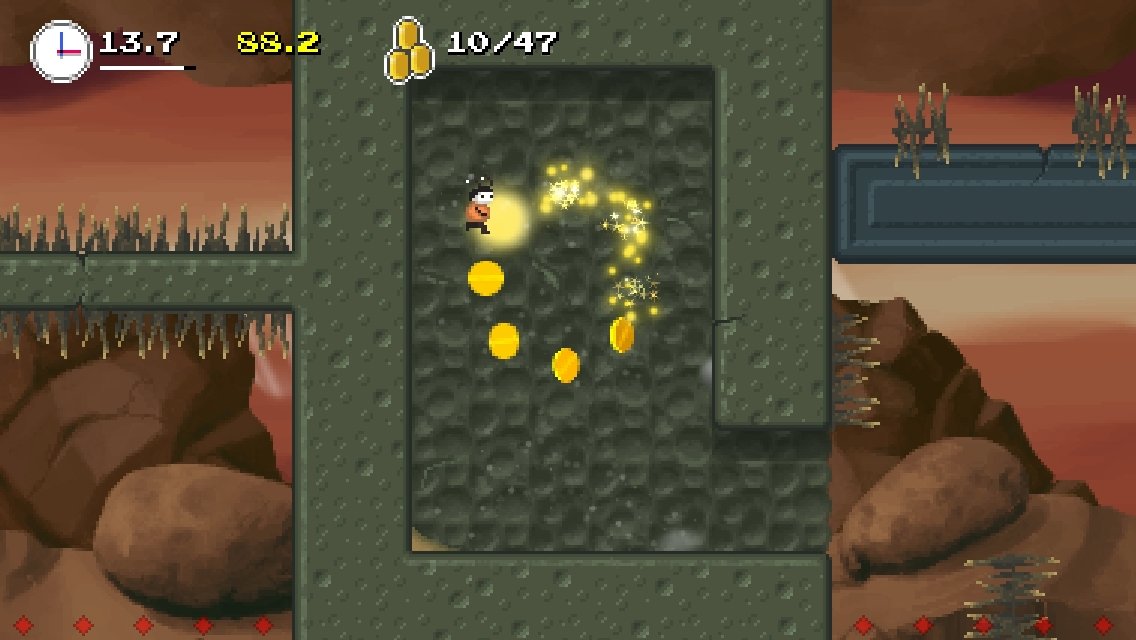 This goes for the difficulty, as well: this game is brutally unforgiving. Touch an enemy and you die, there is no health. You can get to checkpoints, but can only use them once, and they don’t reset your time back to when you died at them. You will be tested by this game. Plus, there’s all sorts of perilous jumps, swims, swings, and more to try and make it through. Hope you’re good at timing wall-jumps!

The controls use a solid touch control system where you can adjust the positions of the arrows and buttons, though the buttons also tend to stretch up and down, so you don’t need to touch exactly where the button is. If you have a Bluetooth controller, be it MFi or iCade, it’s supported, with different button layouts for different iCade controllers, too.

The Game Center integration is great as you can race against ghosts of your best time, ghosts, and peers near your time. You can also see ghosts of your recent runs, but these start to grow obnoxious as you die a lot. Thankfully, you can turn the four different ghost types on or off as you please! 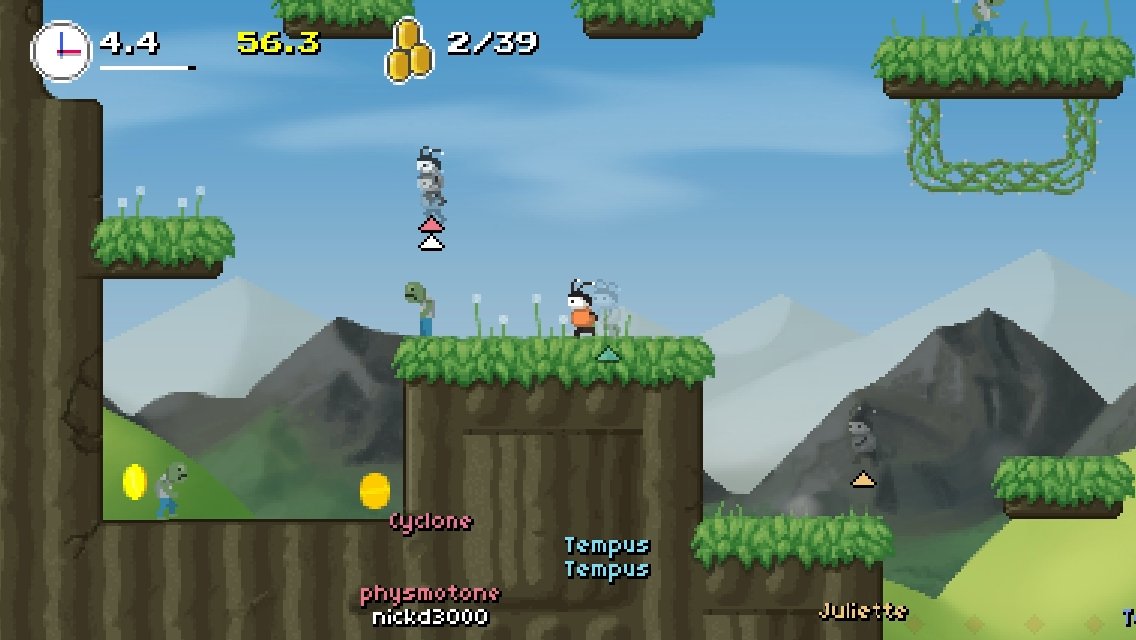 Seriously, Mos Speedrun 2 comes loaded for bears. It’s packed with features, it has secrets on secrets on secrets, and it will test your skills at exploration as well as speed, making it the best Sonic-style game since perhaps Freedom Planet and that ain’t on mobile. There’s loads to do, and you will need to spend a lot of time with this game to find and complete everything. Heck, you’ll need to put a great effort in even to make significant progress through Mos Speedrun 2 because it is a challenge.

At times, I think the game is perhaps a bit too brutal. You can only restart from a checkpoint once beforeyou have to play the entire level over again. I’m just trying to collect a bunch of gold coins! And those golden skulls require you to complete levels in order to complete them, so one slip-up, and boom, you could lose all your hard work. Considering how many tight spots there are to make your way through, you will find yourself killed by fractions of a millisecond. It’s just not an easy game at all. And the difficult checkpoint system makes it so that you’re fighting to re-do simple but challenging things again and again.

Will you love Mos Speedrun 2? If you loved the Mikey games, you owe it to yourself to check this out, especially since the original Mos Speedrun ($0.99) was a fantastic game that heavily inspired that franchise. But this sequel is definitely more for the hardcore player who doesn’t mind repetition and the high level of challenge. This was a game I quit in frustration many, many times. If the remarkable number of secrets appeals to you, if you want an interminable number of things to discover, you need to check this out. But there’s just such a high barrier to sitting back and just enjoying this game at times that it comes recommended to expert players and the extremely patient. But the rewards for the skilled and/or patient are immense, because this game has so much to find and do, it’s absurd. The work that went into this game for things that only a small fraction of the audience might find? Here are some developers who deliver on lofty claims.