Capitals (Free) from NimbleBit is their take on a long-running genre: the turn-based multiplayer word game. Thankfully, they manage to deliver a fun and worthwhile take on the genre by making it a simple strategy game that just uses familiar word game mechanics to feel familiar. It’s a game that’s accessible, but leads to an intense battle between folks. You form words from tiles on a hex grid using Scrabble/Words With Friends (Free) rules, with each tile you play being replaced by another tile. Any tiles you play connected to your color of tile are added to your tiles, and if you capture the enemy capital, you get an extra turn. Wipe out all the enemy territory, and you win! 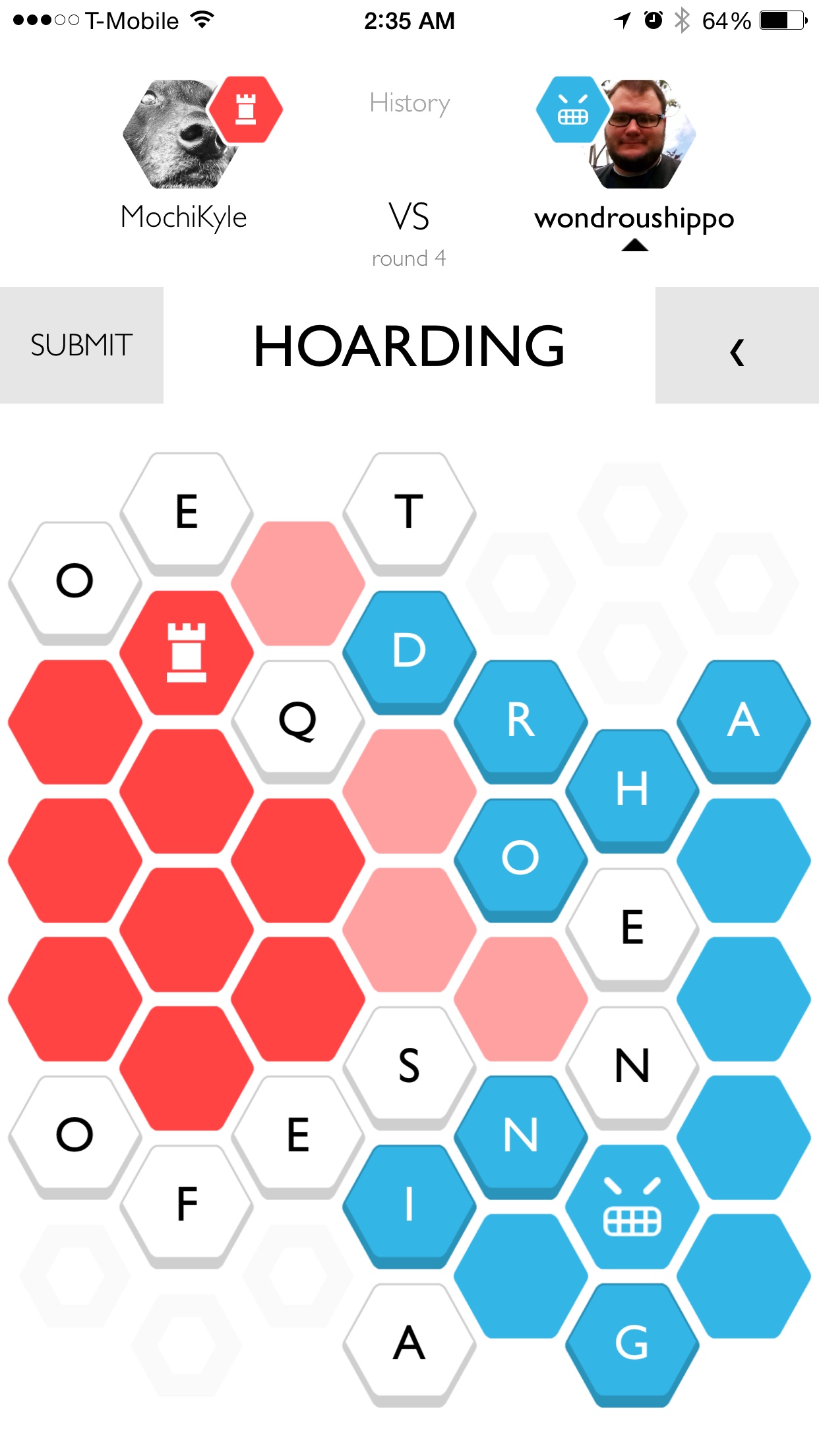 The ultimate goal of Capitals is to protect your capital by not leaving any tiles around it vulnerable. By vulnerable, I mean open and in a spot where the opponent could reach for it. So, advancing on their capital and hopefully getting more territory in your back to back blows is important, but if you leave yourself open, a smart opponent will pounce on it. I’ve seen games where an opponent would lose their capital and still have a shot, but it’s very tough. Losing a capital is meant to be a staggering punch to the jaw. And if you’re really not careful, you can lose in two turns. A certain editor of another mobile gaming site got punished multiple times that way. I’m so sorry.

If you know your long and obscure Scrabble words, you’ll do well, but because it’s a game of positioning, a four-letter word may beat an eight-letter word. Q, J, and X tiles serve as barriers as well as impediments. That X might be blocking off an opponent’s best path to you, or keeping you from making a valiant assault. Or maybe even both! Playing a tile that’s unconnected to you might be worth it if it’s a vowel or one of those difficult tiles to clear it out.

This is as much a strategy game as it is a word game, but the word game part of it makes it super-accessible. We’ve all played Scrabble or Words With Friends, we know the tricks. You will understand the basic mechanics of Capitals in short order. But it won’t be long until you understand those little nuances of the game and its rules. But, having those familiar rules to play with makes the game something I’d feel comfortable recommending to casual gamer friends, as well as the hardcore types. It’s what NimbleBit does really well, and they deliver again with Capitals. 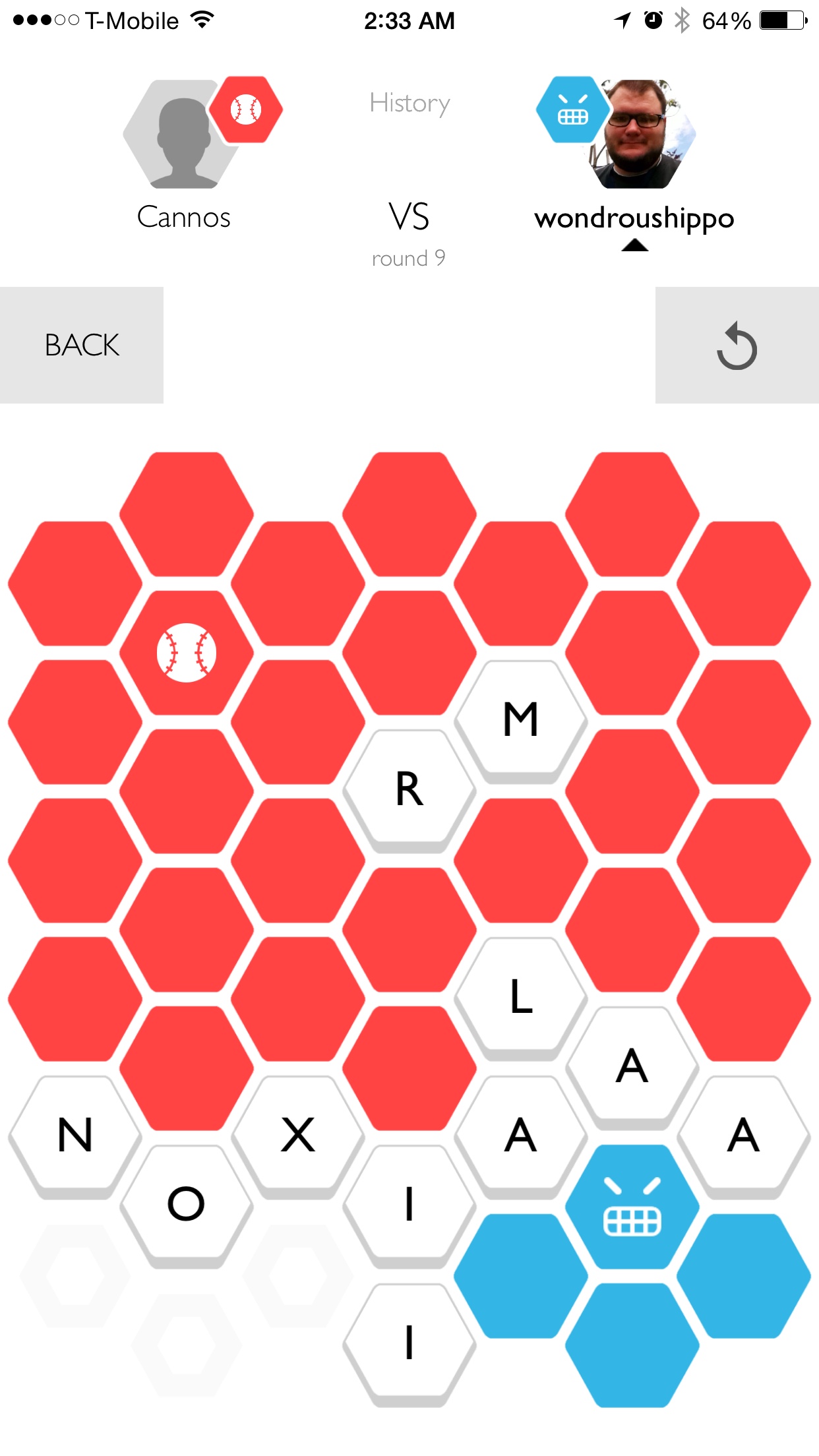 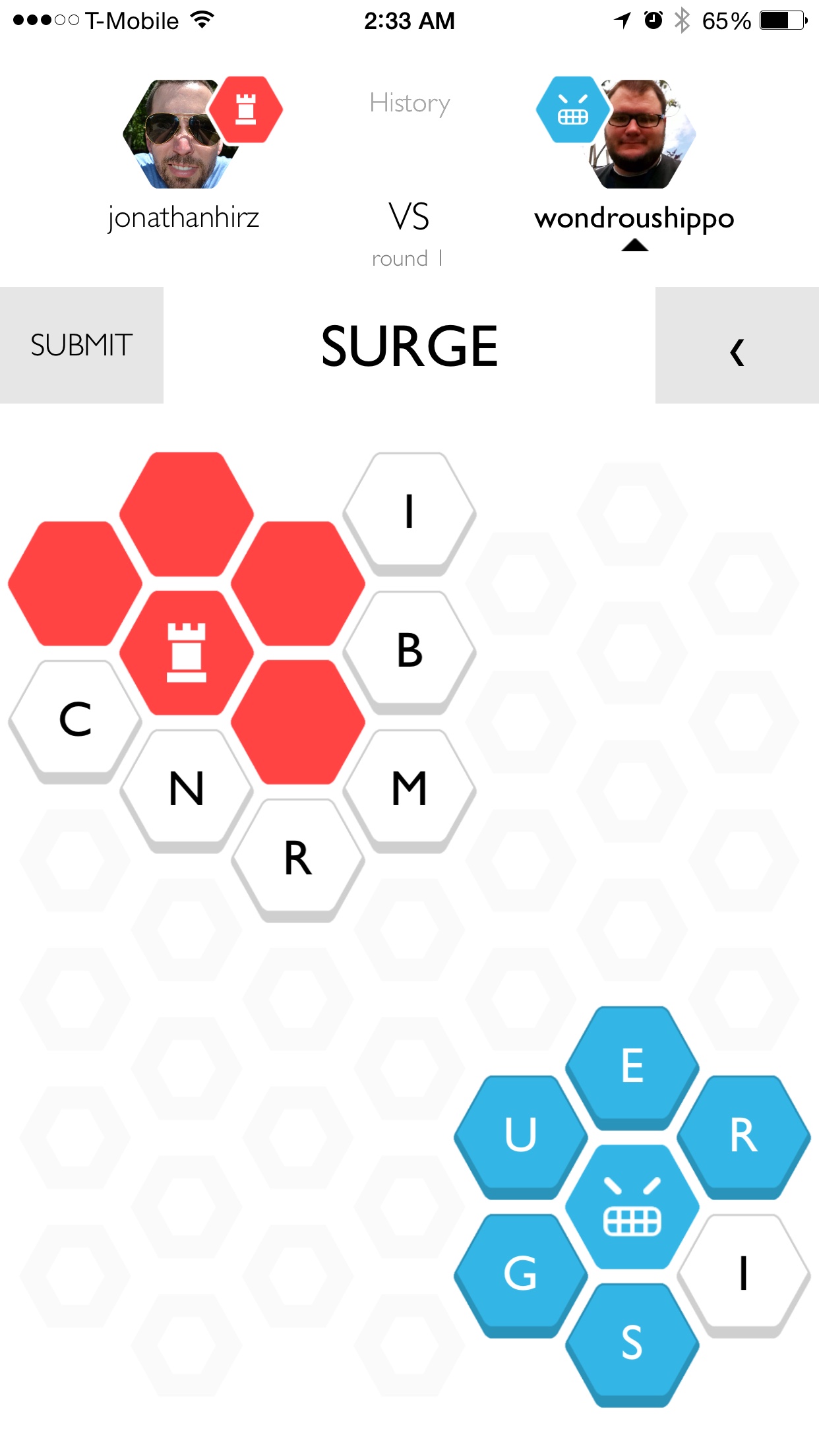 Some people might read this review and wonder what it is about Capitals that makes me satisfied where Kindo ($1.99) led me to rage-delete it, and I think it’s because Capitals is a bit more direct with its goals. It’s perhaps a less complex game, it’s harder to sneak things past people, but it feels like every move I make is more confident, because there’s thought and an easily-seen view of what the result will be. There’s nothing esoteric or abstract about Capitals, it is what it is. It’s a simpler game, but more to my tastes and both wins and losses feel more satisfying. I knew why I won a game, and I knew why I lost. 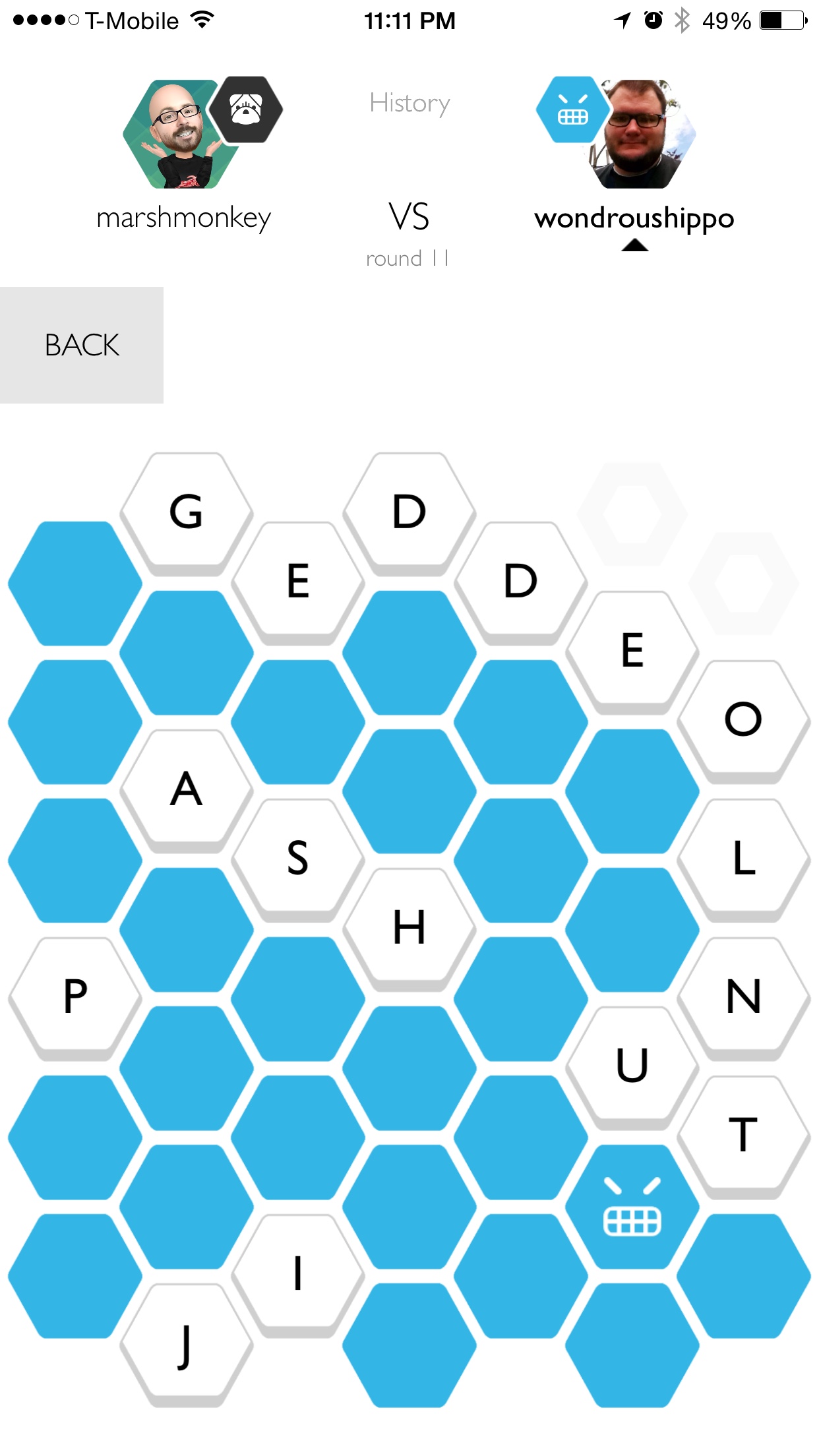 Capitals uses a unique monetization system. So, you have a set of 3 lives, and one life is used whenever you start a game. Now, these lives recharge one every hour, with a maximum of three. If you run out of lives, you can’t start another game until you get a life back. But you can play the games you’ve already started. You can pay $0.99 to refill your lives, $4.99 to increase the lives cap, and $24.99 for unlimited lives.

You may be freaking out here, but it’s not so bad. Unless you’re playing like 30 games at once, you probably won’t run into any issues with the lives at all. It feels limiting at first to have just the 3 lives, but if you start games at different times, it won’t be so bad. The costs may seem high, but they’re actually priced smartly. A lot of people will be able to play this game for free, all the casual players. It’s the dedicated people who are going to care about having more lives, or just saying screw it to the lives system and going with unlimited lives. Why not try to make the most money from people who value having unlimited lives? It’s only if you have a lot of games going that you’ll run into the lives cap on a regular basis, and if you get to that point, you probably have gotten $24.99 worth of fun out of the game.

So really, the IAP? It’s not so bad. Mobile games often are devalued, so while I probably won’t buy the $24.99 IAP – and I can live with just the three lives, really – I applaud NimbleBit for not being afraid to try and make a few bucks off of this. Plus, if the prices are prohibitive, they can be dropped. It’s easier to lower a price than to raise it. And hey, even if you don’t need more lives, there’s the $4.99 customization IAP option.

Capitals is a satisfying game. I like the blend between strategic, hex-grid real game tactics and word game mechanics. Download and check it out, it’s a really satisfying game.