Goat Simulator Goat Z ($6.99) by Coffee Stain Studios is among the worst zombie games I’ve ever played. It’s also one of the worst survival, physics, and score chasing games I’ve played. It is, however, a very good goat game. And it’s certainly the best physics-based zombie survival game featuring a goat to ever grace the App Store. 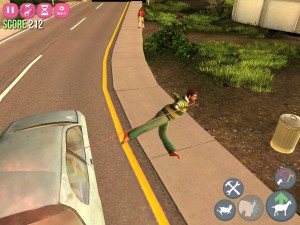 Let’s get this out of the way up front: If you played (or have seen videos of) the original Goat Simulator ($2.99), you know basically what to expect here. You play as a goat whose main drive in life is to wreak as much havoc as possible in a single environment filled with various secrets and physics toys. Carter’s original review called it a “sandbox of absurdity”, and that’s pretty much the perfect way to sum up the whole phenomenon.

So how do you top that? With zombies, of course. In GoatZ you are tasked with surviving hordes of undead humans (and goats) for as many days as you can, all while trying not to starve to death. And while being shot out of cannons and stuff. Yes, this time around you can actually die (though not from being shot out of a cannon). You have a health bar and a hunger bar on the right side of the screen, both of which need to be kept fille 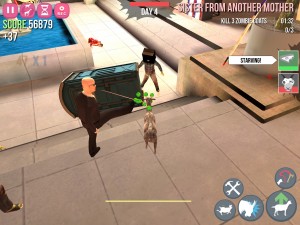 d for as long as possible. To measure how long you’re surviving there’s also a day counter at the top of the screen (though it of course has nothing to do with actual day/night cycles, lest you forget this is Goat Simulator). Making it a bit easier is a mission system that cycles through tasks of varying wackiness that net you extra food and health when completed. It’s all kind of a nice change of pace at first, but ultimately just feels like a few extra gimmicks in a game already full of them.

The controls are largely the same as last time, with a floating stick on the left for movement and buttons for jumping, attacking, licking, and collapsing on the right. They aren’t perfect, as I often found myself collapsing when I wanted to ram things, but I guess that’s part of the fun. There’s also a new button for crafting various silly weapons this time around, because this is 2015 and crafting is important. 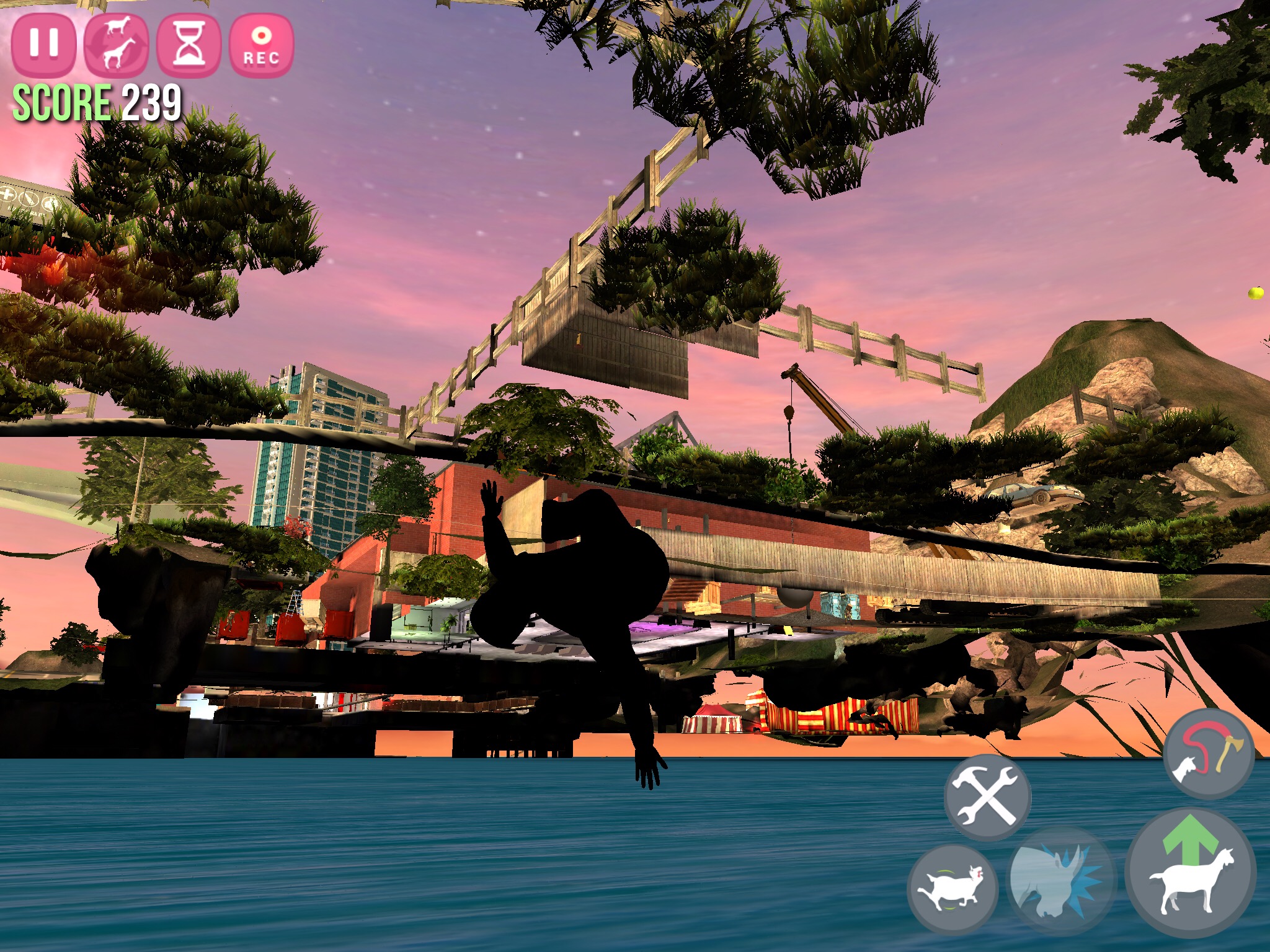 Ultimately, Goat Simulator has always been a game about balancing fun and funny. In my view it leans a little too much toward the latter, making it seem more like a joke to show your friends than something you’ll really want to spend hours playing around with. That’s totally fine, though, and there’s no denying that the sort-of-sequel plastered a stupid grin on my face for the first 30 minutes or so. I can’t help but wish the developers had spent a bit longer making this follow-up more enjoyable to play, though. Like being able to set your own spawn points around the map so you don’t have to restart at the graveyard every time, or fleshing out the video recording options to get the perfect angle on your slow-motion dive from the top of a skyscraper. It’s just five bucks, though, and if all you want out of life is to make zombies act like goats with your mind control ray while dragging a Porta-Potty around by your tongue, then I suppose this fills that niche pretty admirably.