Let’s see if I can get your attention with two words: Fantasy XCOM. Pretty sure that worked. I’ve recently been playing Demon Hunters: Dungeon of the Hell Dragon (I know, not the most original title), an upcoming dungeon crawler by Wave Light Games that’s gotten people in the forums very excited and for good reason. The developers, who come from a table-top wargamming and strategy-game background,  describe the game as a cross between Warhammer Quest and XCOM, borrowing the dungeon crawling and loot-gathering from Warhammer and the cover and line-of-sight aspects from XCOM. The game is currently in Testflight Beta, and while there’s still a lot of work to be done, I like where it’s heading. 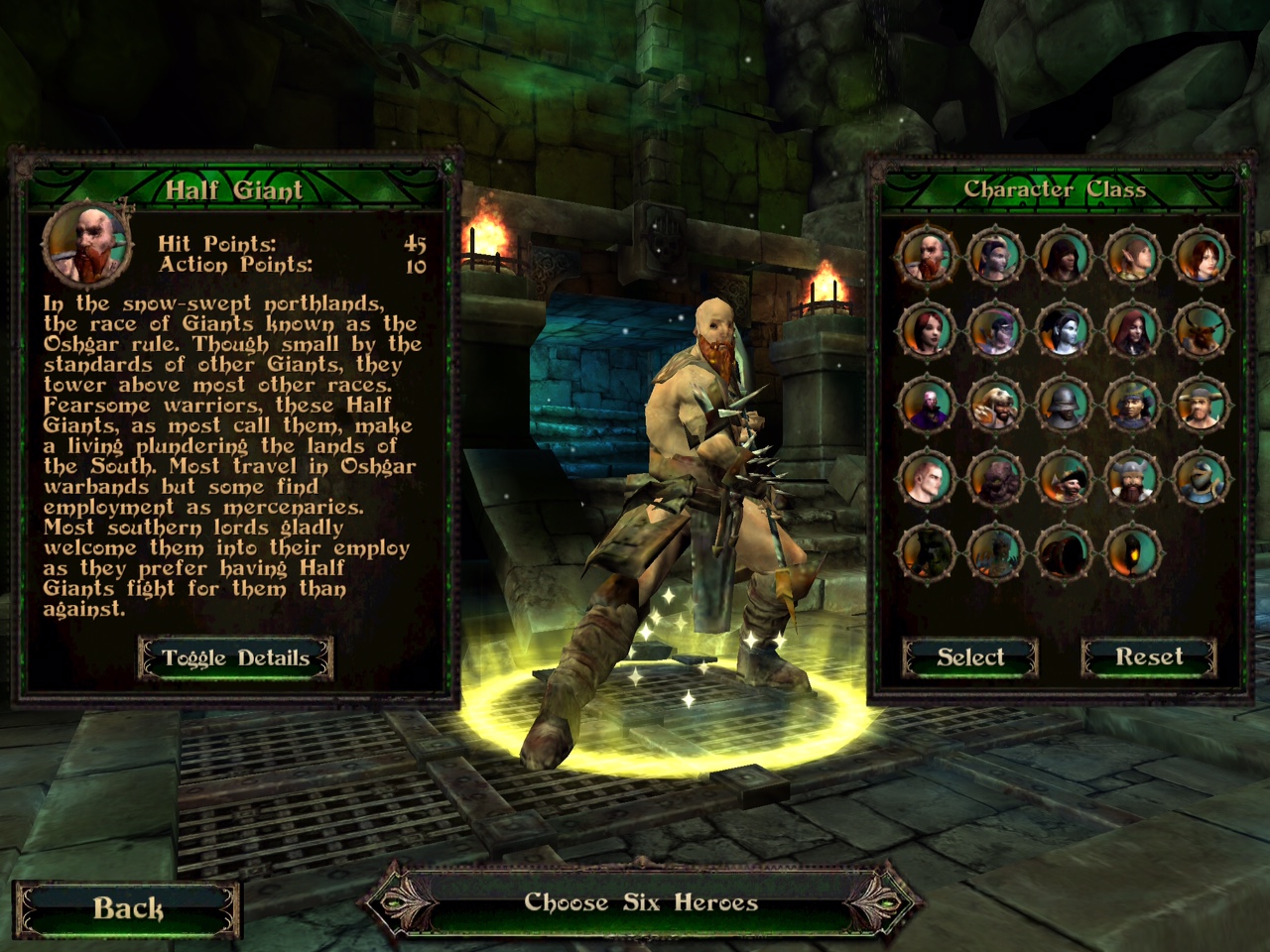 In Demon Hunters you get to pick a party of 6 heroes out of 20, each hero with his or her own attributes and six abilities. For instance, the Samurai has abilities such as Inner Focus, which increases chance of critical hits, Ice Tears, which encumbers the enemy’s movement, and Frost Aura, which is an AOE attack that freezes all enemies in range. There are characters that can buff and debuff, teleport, and do other crazy stuff. I hope I’ll be able to change the characters’ names or, in general, give the characters a bit more personality. With characters that range from Half Giants to Centaurs to a Walking Cannon (my personal favorite for completely non-gameplay related reasons), there’ll probably be lots of replaybility in Demon Hunters simply by doing dungeon runs with different sets of characters. The game will release with 25 levels, and the developers plan to release more levels as DLC in future updates. 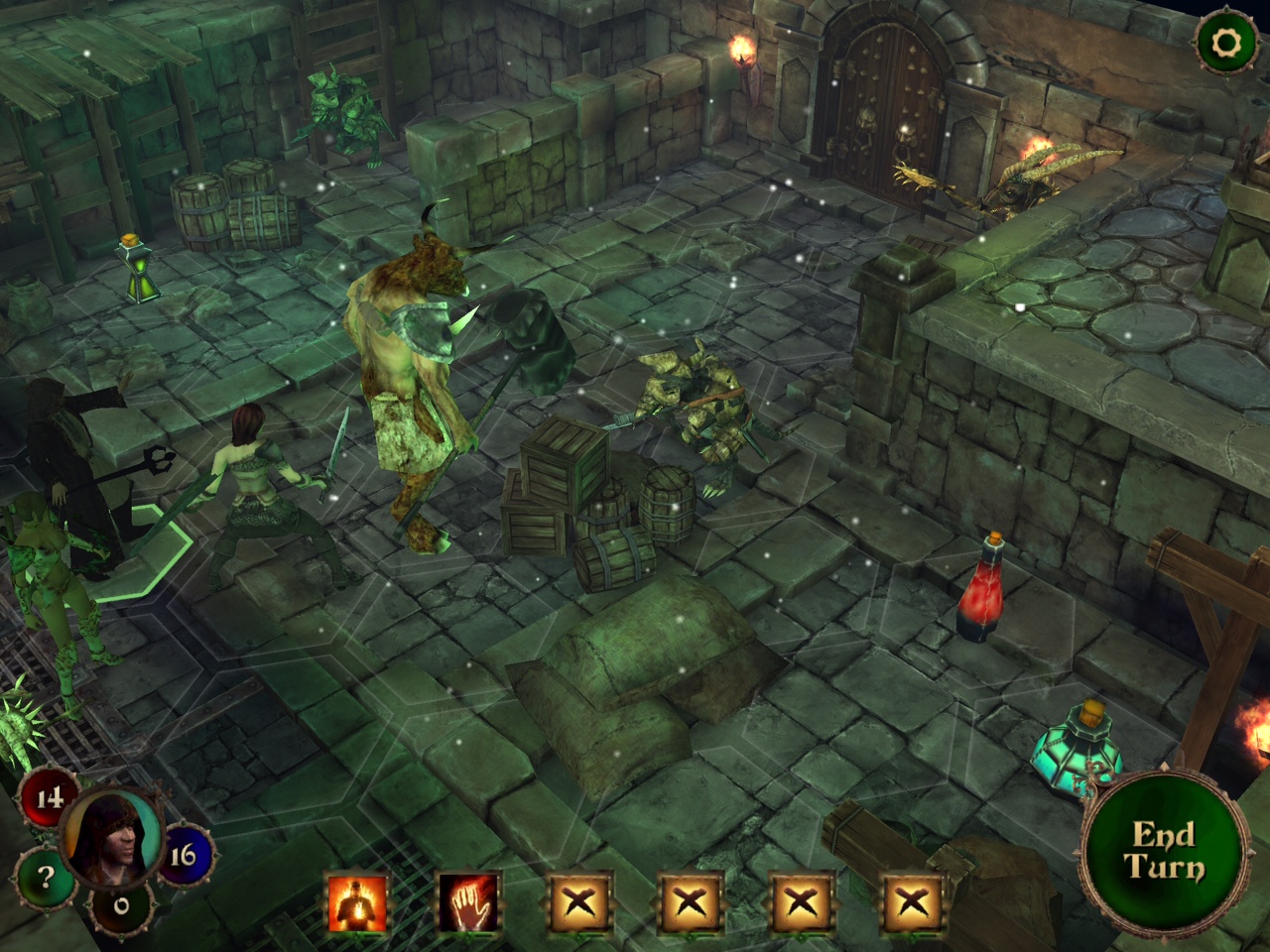 When you “crawl" into a dungeon, the game looks very familiar to anyone who’s played XCOM, but the map is broken in hexagons rather than in squares, which offers more movement and positioning choices. Your characters are quite fragile, especially in the early stages, so you’ll be needing to use the game’s cover system – no running-and-gunning here unless you favor an early demise. Visually the game is good, especially coming from a small indie studio, and even though the characters’ faces often look a bit off, overall the characters look good and so do the various effects. The game allows you to pan, rotate, and zoom at will, although the camera still needs work as it’s difficult to navigate the dungeon and the XCOM-style action camera sometimes shows a wall instead of a character slicing an enemy or casting a spell. The interface is functional, with some tooltip issues that I’m sure will be fixed. 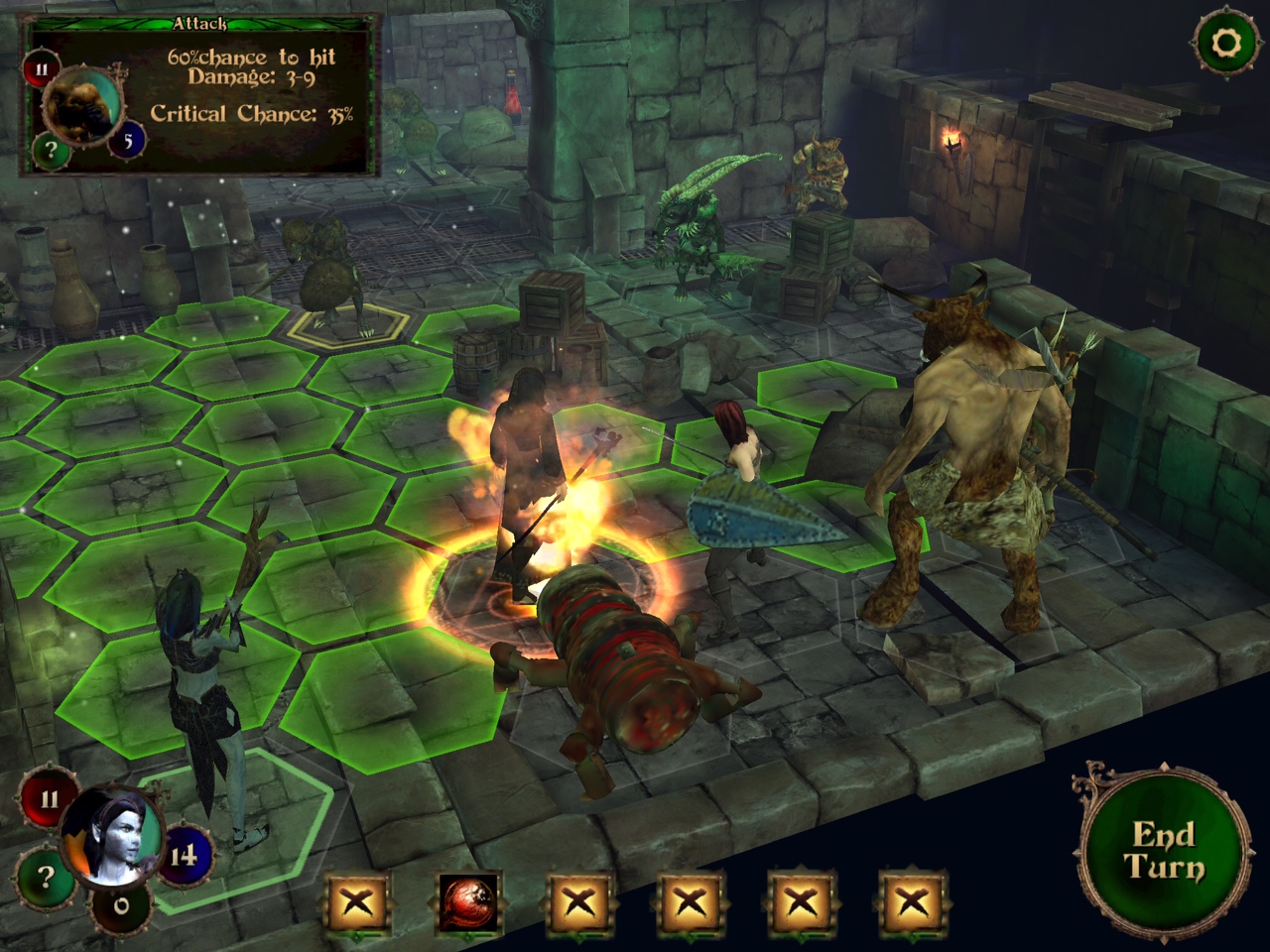 Demon Hunters is a promising new addition to iOS gaming and spices up dungeon crawling nicely through its cover system and multitude of characters. Unlike XCOM, with its very deep strategic layer, this game focuses on the tactics so don’t expect to be researching new weapons or dissecting rats. In what will be good news to many of you, the game is going to be Universal and premium-priced (no F2P here). The developers are very open to suggestions for additions/improvements, so visit the forums to join the Testflight beta team.