Well, Minecraft Pocket Edition (MCPE) ($6.99) developer Tommaso Checchi has just given a lovely present to all those who play Minecraft on their mobile devices by announcing that the Nether is finally in active development for MCPE. Players have been wishing for the Nether to be included in MCPE almost as intensely as they had been wishing for the inclusion of infinite worlds. Since infinite worlds were added in a recent update, players were expecting that the Nether would be next.

Still, there was no evidence that it was actively being developed, until today. Checchi has finally provided evidence that the Nether is being developed when he posted a Nether snapshot, complete with a Ghast, on his twitter account but then refused to provide any details regarding the stage of development or release timeframe. Now, don’t get your hopes up as I highly doubt we’ll see the Nether in the upcoming 0.11 update, which should be released soon, but I don’t think it’s too far off into the future either. 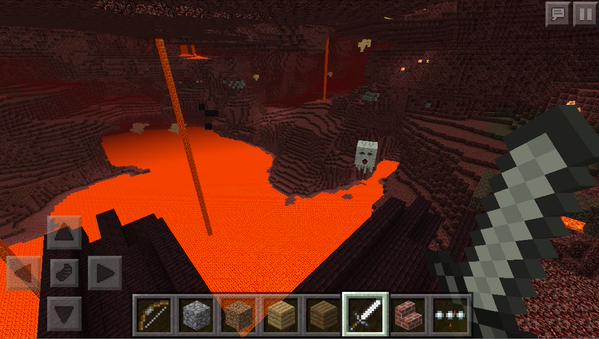