If anticipation for a game can be measured by the conversation it generates, then over six thousand comments in a Touch Arcade forum thread would suggest that Canadian developers Psychoz Interactive have got a sure-fire hit on their hands with Forgotten Memories. We got our hands on an advance copy of the survival horror game, and chatted with the game’s director Georges Paz.

Six years could be considered a protracted development time for a mobile phone game, but that’s how long it has taken to bring Forgotten Memories to our screens. To put that in to perspective, the game was announced just one year after the App Store launched. It was the year the iPhone 3Gs came out, and the iPad was still a year away. 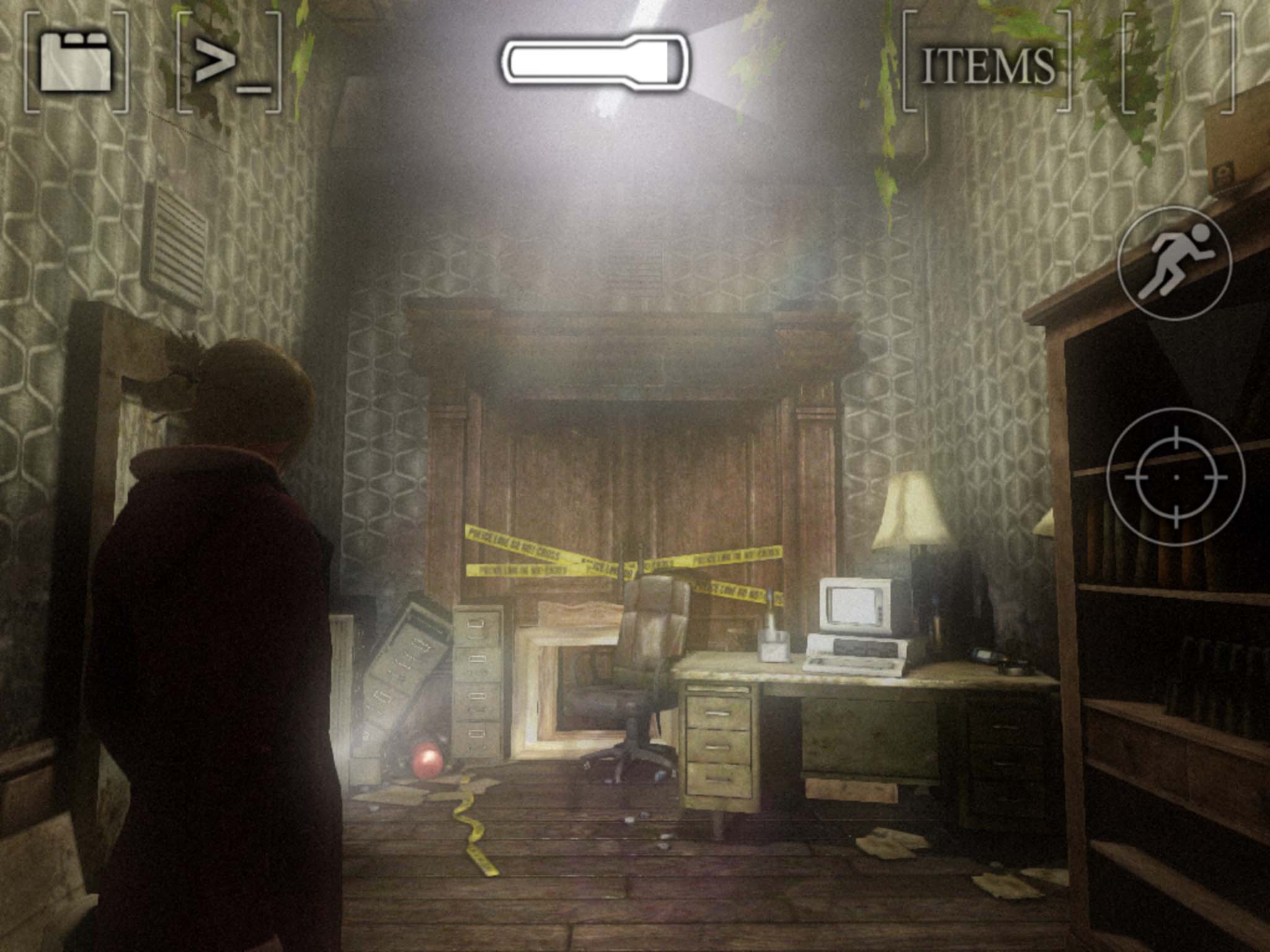 “The basic idea of the game plot never changed that much," says Georges Paz, director and lead developer. “Even characters’ names have been retained over the years. It has been improved and well-detailed but the essence remains the same."

Forgotten Memories is the overarching title for a series of stand-alone stories, with the first instalment, Alternate Realities, set for release on 23 April. It will debut on iPhone and iPad, with versions to follow for Android, Vita, Wii U and PC.

“It was in the summer of 2013 that we decided to go with a series instead of a full-length game," Georges tells us. “This was for a few reasons: shorter development time, more gameplay flexibility and variety within each game, and self-contained unique stories. Alternate Realities took almost two years because there’s plenty of stuff in the engine that wasn’t yet ready and has been finished/polished alongside the development of the game. It has always been an iOS game, with the intention of porting it to other platforms."

Playing a near-complete beta version of Alternate Realities, it is apparent that this is something quite special. Immediately reminiscent of the Silent Hill games, you assume the role of Rose Hawkins, on the search for a missing girl. The game opens with you awakening in a pitch black room. You look around, your torch penetrating the gloom, its narrow light sweeping over a mannequin sitting peacefully in a chair, a blanket draped over its legs. This is what creep fans want. The game instantly feels solid and real. Rose moves with weight in each step. 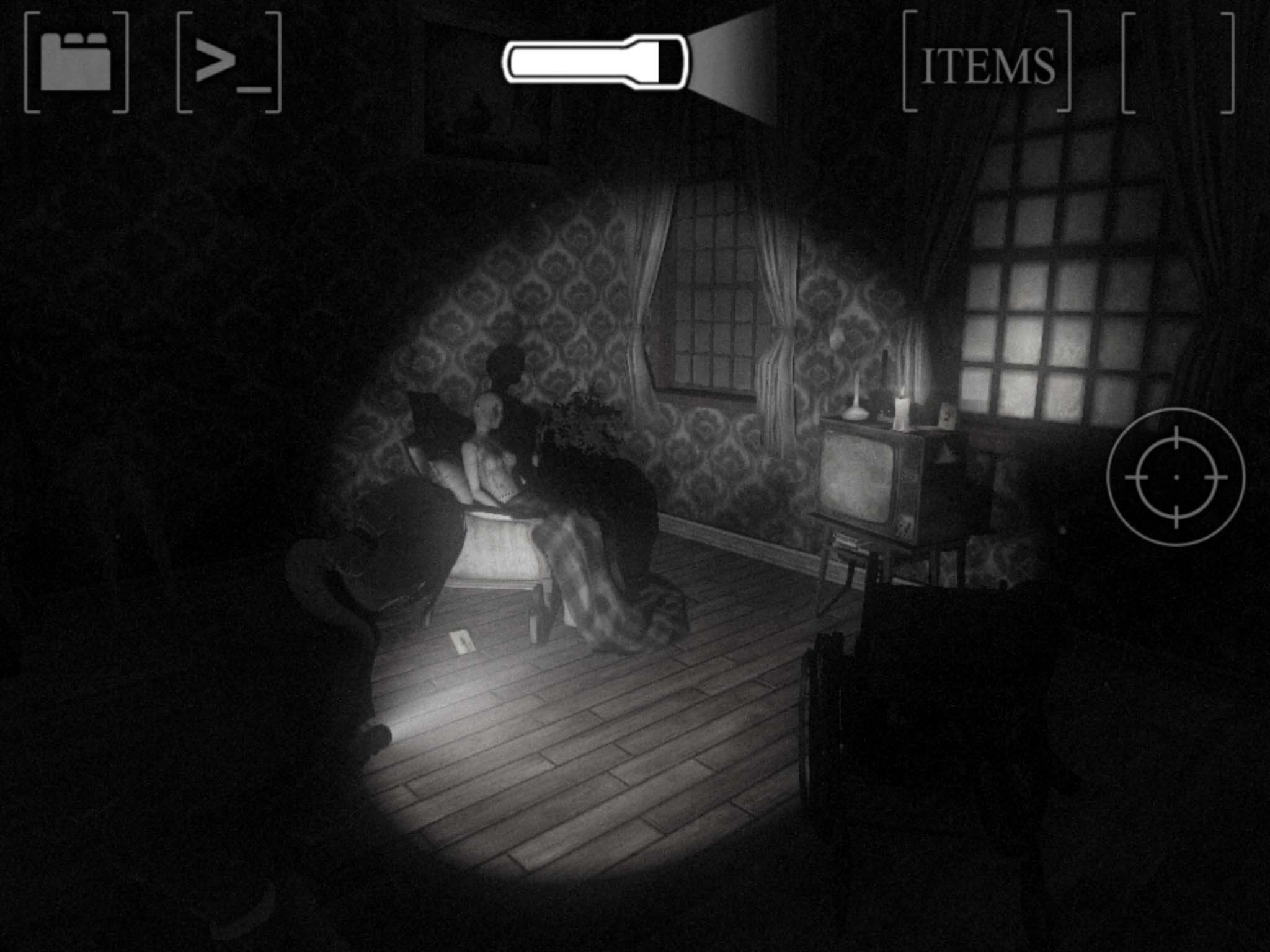 As you approach objects, you tap an exclamation mark to either pick them up or get more info. Objects you’ve collected can be used later to solve puzzles, or to protect or heal yourself, and you can top-up your torch at recharging points.

During your first few minutes of exploring, elements of the plot are revealed to you through tape recordings. You’re in an abandoned asylum. A mysterious woman can help you find the girl you’re looking for, but only in return for you locating a nurse. Wisely, the game lets you enjoy the initial creepiness for a while before it eases you in to the story and moves you towards the first real scare, which actually caught me off-guard even though I’m a fan of horror films and games like this.

Discarded wheelchairs, ransacked filing cabinets, barricaded doors and torn-down crime scene tape may all be clichés, but for my money there’s nothing wrong with that in a horror game. In fact, I’d feel shortchanged if the clichés weren’t there.

The gama has controller support, but I found the touchscreen controls to be perfectly adequate. It’s the familiar system of thumbing the left side of the screen to move and the right side to look around.

There are a few minor issues with the version of the game that we played: Often you have to tap several times to dismiss info text; there are many spelling and grammar errors; turning around can be quite jerky; you have to go very close to objects to inspect them but your torch beam doesn’t illuminate them when you’re that close; and just after the first scary bit a long info message popped up for a split second before disappearing, so I’ve got no idea what it said. Hopefully these creases will be ironed out before the release version hits the App Store. You certainly shouldn’t let them put you off the game. 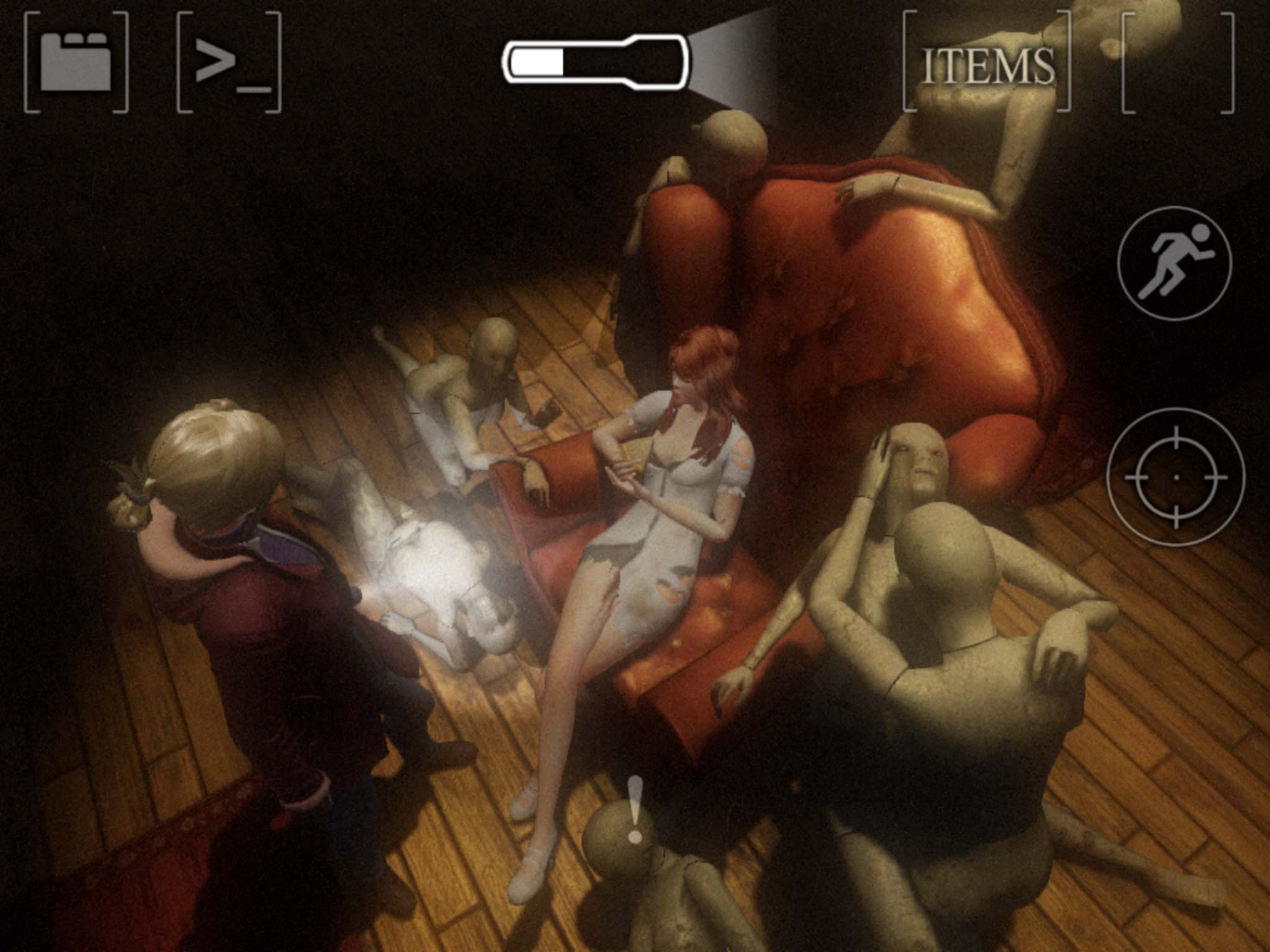 The developers behind Forgotten Memories have previously worked on titles such as Game of Thrones, Red Orchestra: Rising Storm, Wargame: European Escalation, Farming Simulator, and The Testament of Sherlock Holmes, to name but a few.

“We are a strong independent team," says Georges, “very pumped and passionate about game development and what we do. We started as a 3-people team and we are now around 10 people, including 6 core team members. All our crew came from the game industry, most of them from very large well-known studios. We are all industry veterans. In my case, I was a software engineer, trained as an analyst programmer and researcher in the aerospace market, but game development has always been my passion and a hobby. I then worked on various game companies for a little while and founded Psychoz Interactive in 2009."

One reason why Forgotten Memories has taken so long to reach us is that it went through a change of engine. Georges explains: “We were prototyping with different tools and engines. I dropped my own engine and decided to use Unity which was probably better than ours but production didn’t really get fully started till 2012. We back-ported some of our engine stuff into Unity (game database, management tools and gameplay framework). It was a bit painful to drop a lot of the work already but in exchange we ended up with a more flexible engine, editor and multiplatform capabilities."

Alternate Realities features voice talent from Silent Hill 2 cast members, and the film’s stars, Guy Cihi, has been providing feedback on the game throughout development. 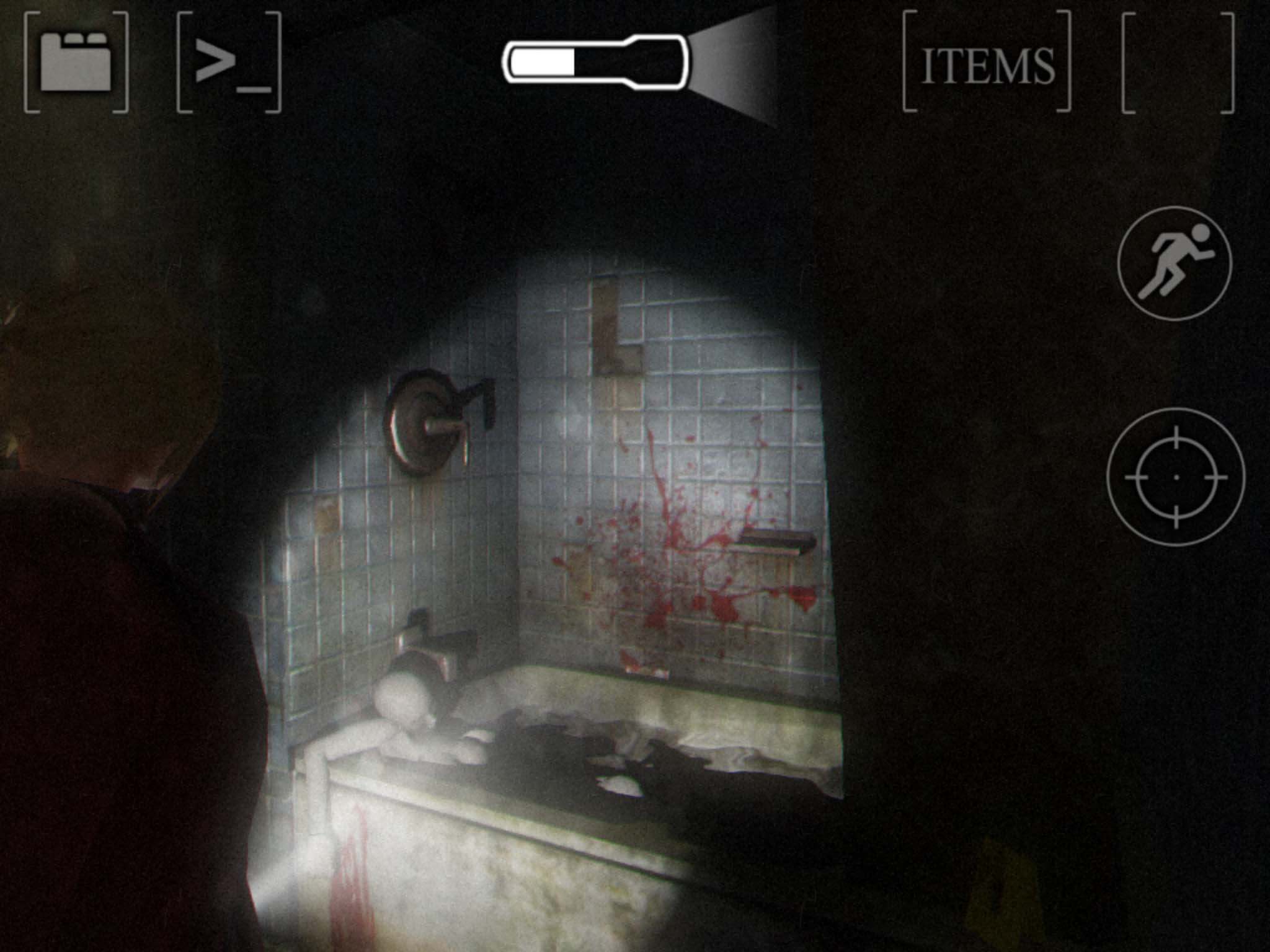 Psychoz anticipate that additional stories will be released on an annual basis.

“Each game averages around 3.5 to 5 hours of straight-through gameplay," says Georges. “Every released game will be a self-contained story with unique and original gameplay elements that are closely connected to the others. They can be considered small games if you compare to the traditional 8hrs gameplay time. Our focus is quality over quantity. What the future holds for us is simple, we’ve created an adventure engine framework that can be used for a lot of similar games (survival horror, action-oriented and adventure games), where unique gameplays can be created very fast. Our workflow time now is one game production per year."

Alternate Realities releases on 23 April, costing “around $5" with no in-app purchases or downloadable content. “Everything comes in the premium package," Georges assures us. “Even unlockables and replayability elements are totally free."