NimbleBit’s next game is coming soon – the team has just announced Capitals, a word game that’s coming soon to iOS. The team is trying to keep a lot of details close to the vest with the game, but having played it, it’s kind of like Letterpress (Free) in that it’s a multiplayer word game with Game Center multiplayer, but taking place on a hex grid. However, there’s an interesting strategic component to it with the capitals that makes it not just about forming big words, but where the tiles on the board actually are. Also, because of the hex grid, it’s a real game, tell all your friends! 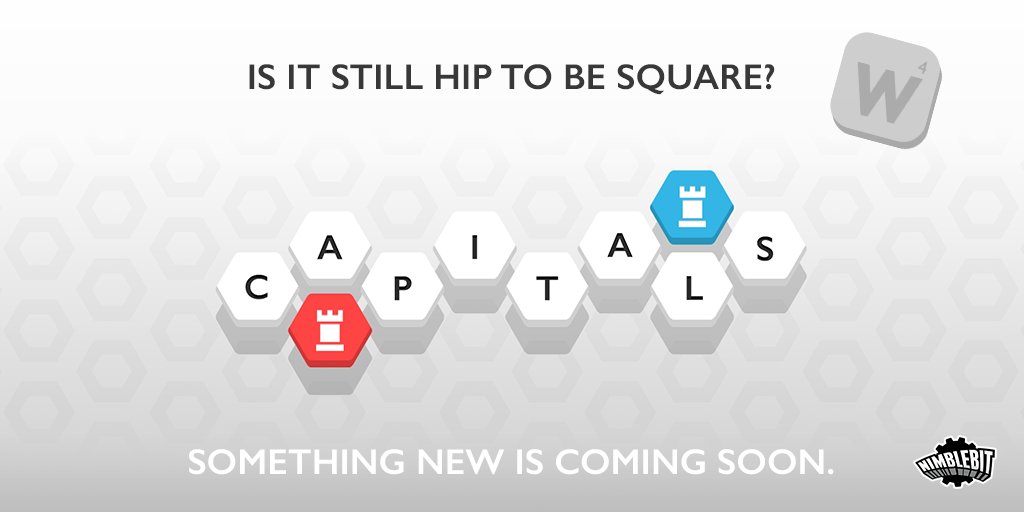 This one’s currently in beta testing, though there’s no release date quite available yet. This is different from their earlier Letterpad which was beta-tested by forum members, but hopefully we’ll get to see this one go live sooner than later. I don’t want to sign in to the Game Center Sandbox any more to play turns!