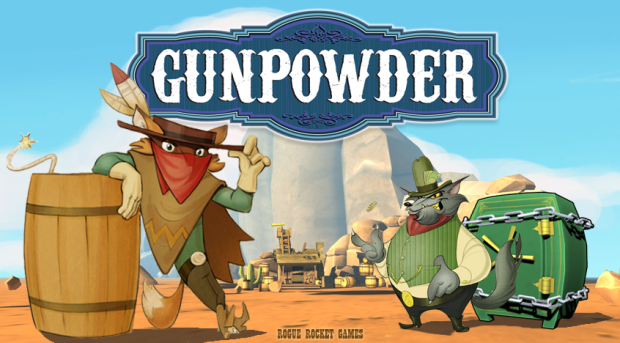 Gunpowder, a Wild West-themed physics puzzler with an attractive classic cartoon art style, is set to hit the App Store on March 31 for $4.99 as a new entrant in Apple’s “Pay Once and Play” category. It comes to us from indie developer Rogue Rocket Games, whose co-founders previously worked on titles like Earthworm Jim and Escape from Monkey Island, so there’s some pedigree attached to this one.

Gunpowder, inspired by the story of Robin Hood, is said to offer simple swipe mechanics through its 125 unique puzzles, where you’re tasked with playing as the game’s Robin Hood-like hero, Incendio, as he attempts to reclaim piles of money that the game’s villain, Boss Grimshaw, stole from innocent townspeople to fund his new railroad. This will be done by blowing up his hidden stashes using various environmental objects including Gatling guns, flaming wagons, cannons, mine carts, and of course, a keg of gunpowder.

The game will also include time trials, Easter eggs, achievements and competitive play through Game Center to score the fastest completion of each puzzle.

This looks to be iPad only, according to the official announcement, and will run on iPad 2 and above. Given the slick presentation, though, perhaps bigger is better in this case.