Every time Nitrome announces a new game, I get excited for two reasons. One is that I love pixel art games and Nitrome specializes in them. Second is that their games are usually pretty cool in some way, have some twist to them that’s interesting to discover. Silly Sausage in Meat Land (Free) is their latest and one of their best games that I’ve played yet. It’s a goofy and challenging game that does some really cool things. 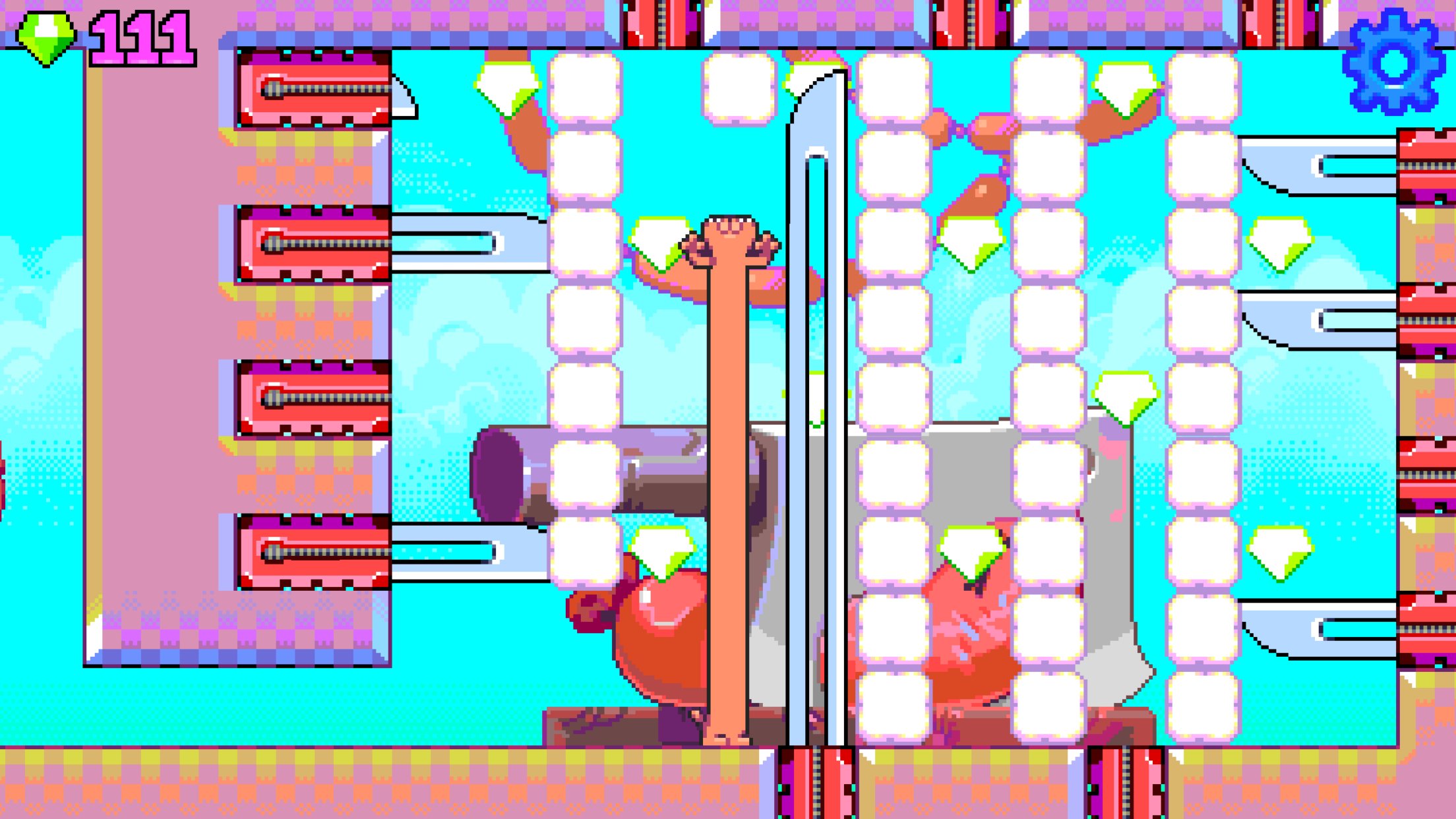 You control a very stretchy sausage-y dog, who must make it through 50 ‘levels’, signified by checkpoints as the game is technically one gigantic level, doing so by stretch from point to point. You can stretch out endlessly in any of the cardinal directions, trying to reach a piece of terrain that you can latch on to, which pulls your entire body to that spot. While you’re stretched out, your entire body is vulnerable, so you need to be careful and/or quick to get to safety. Thankfully, if you attach to a spot, your body as it snaps back together will be invincible, so you don’t have to worry about dying that way, which prevents the game from feeling at all unfair. You’re entirely in control of this wiener dog, and you can even reverse course by swiping back in the direction you came from, which becomes necessary for many of the obstacles in the game.

This isn’t really a puzzle-platformer, or a ‘platformer’ at all, but there’s not really a neat genre classification for Silly Sausage in Meat Land. The challenges require a bit of thought to find the ideal path for some of them, but it’s as much about formulating the simple-enough plan, and then executing it. The game does throw a good variety of challenges at the player, and then combining them. There’s switches that the sausage body has to stay over to activate to open a gate, meaning you have to make one long path and often not get hit or run into yourself. You’ll have warp pipe mazes to navigate. Switches that switch between two block types pop up. And of course, there’s giant floating hands clutching forks and knives that bounce around like the screen savers on a DVD player. 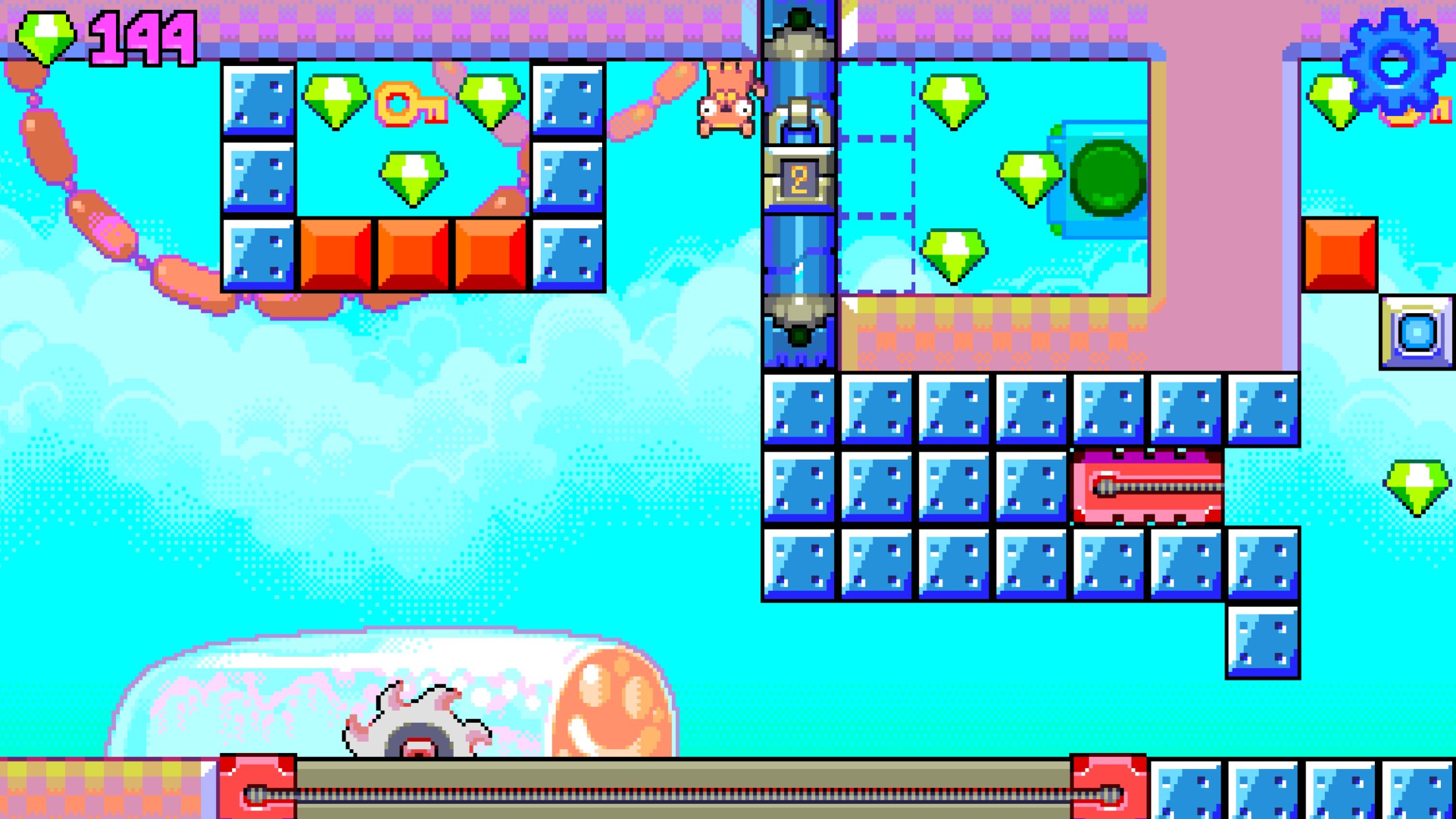 Levels start to combine all these myriad things, and mix them up over time, that creates a game where you never really know what’s next, and it feels continuously fresh. It’s the kind of game where you could play for just one or two levels, or go on and on until you’ve beaten the game in one runthrough. I say the game has ‘levels’ but it’s technically one giant level, with checkpoints that you can respawn from, a total of 50 throughout the game. Those floating hands will likely give you the most trouble: they’re a bit more complicated to keep track of than other traps and obstacles because of how they bounce around. I felt like other challenges were about wit and timing; one late-game level has you dodging a dozen of them across a few makeshift rooms of red-and-blue switching blocks, and I felt I got through as much with luck as I did with skill. Still, the game really manages to largely avoid frustration, with only the occasional speed bump. 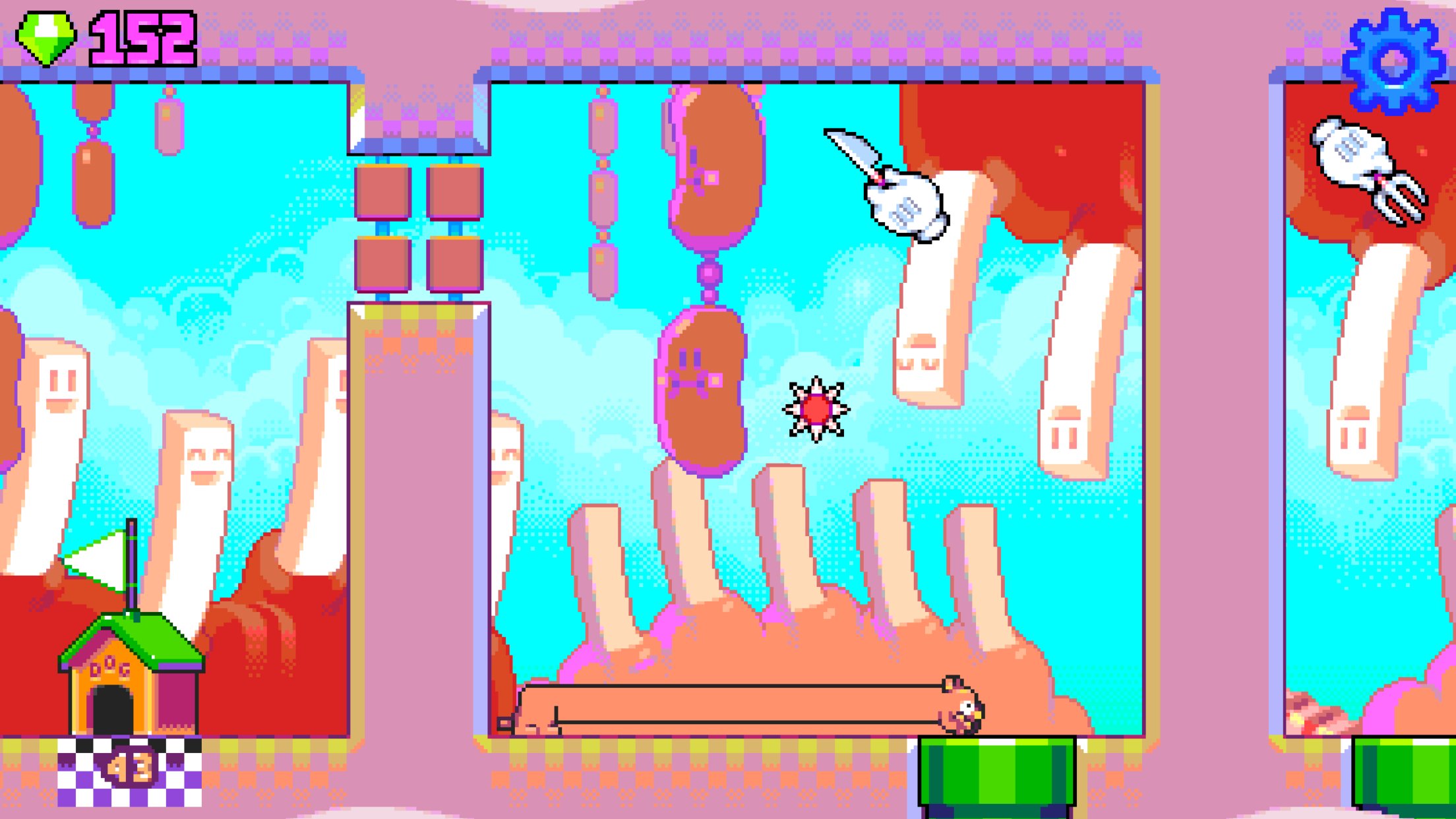 The game is free-to-play, but it’s a very friendly free-to-play, where the game is mostly ad-supported. When you reach a checkpoint, you can either use the gems you’ve collected to unlock it, or you can watch an ad to do so. If you don’t have enough gems, you can buy additional ones, though if you sprinkle in some video ads, you can get through with a surplus of gems. You can pay $1.99 to disable the occasional ads that pop up, as well. It’s a system that’s hard to complain about in practice, though I wouldn’t mind either if the game offered just a one-price “unlock all checkpoints IAP" rather than selling gems. If you hate ads in their entirety, you may run into issues as I think the checkpoint unlock costs start to exceed what you can collect, and you can’t necessarily grind for gems. So, if you want to play without watching video ads at all, use the early checkpoints as little as possible.

As far as replay value goes, you can go back to all previous levels and collect the gems you missed. Even if you die, a collected gem is still yours, which sorts out a lot of possible frustration with the trickier gems! There are achievements to earn, including one for completing the game from level 1 without dying, and the best one of us all: the achievement for sniffing your own butt. It would be cool to see speed run leaderboards for this game, though! 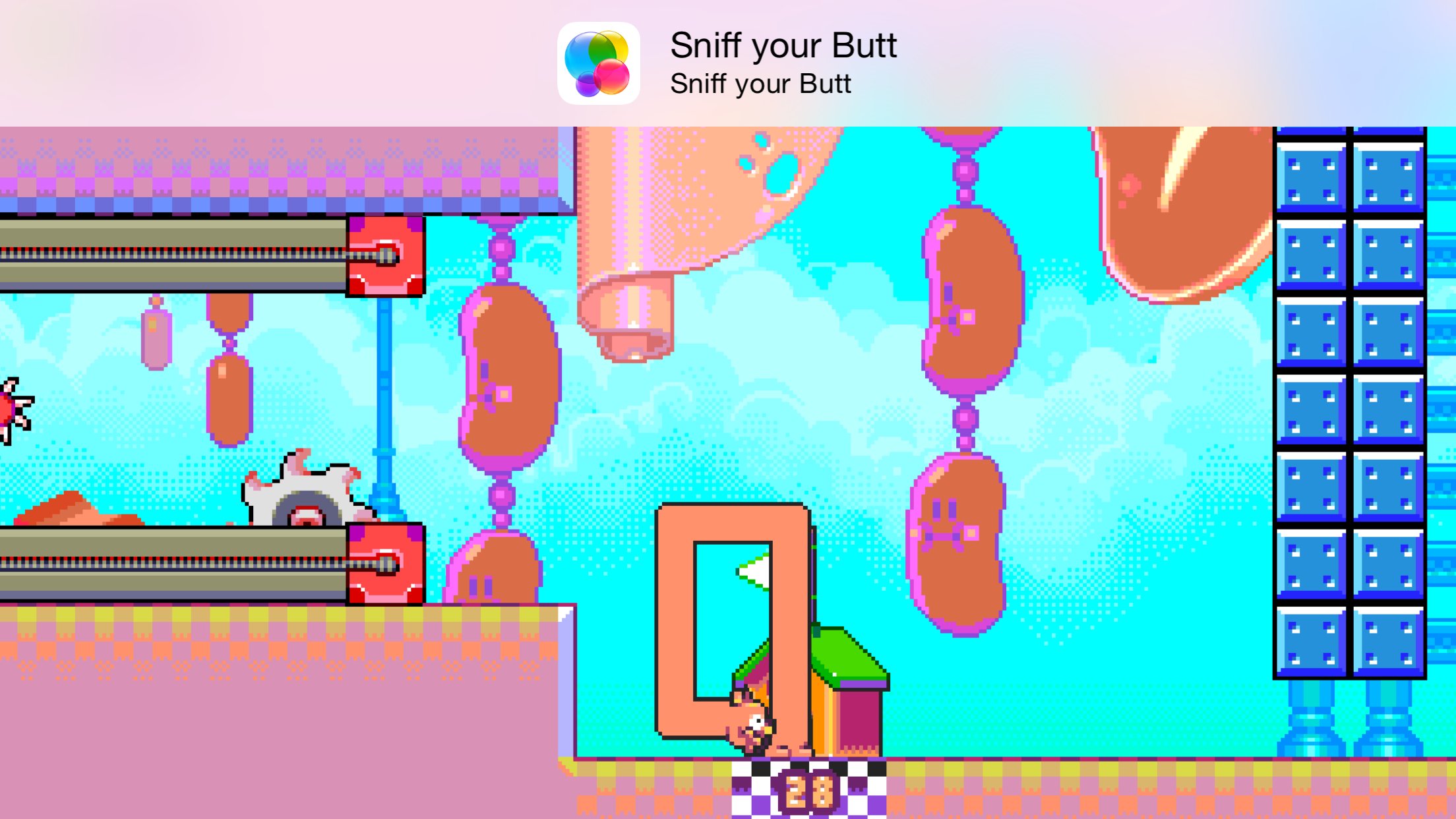 I definitely have to recommend Silly Sausage in Meat Land. It involves a stretchy sausage dog that can sniff its own butt, and it costs you nothing to download. Unless you’re not a fan of beef, as beef and sausage are all throughout the background, then you should pick this one up.