Not long in to playing Jump’N’Shoot Attack I sent an enthusiastic message to some of the other Touch Arcade writers, telling them that it was “super fun". Chatting to the developer on Facebook, I said the game was “right up my street". So this is a game that makes a great first impression. Sadly, the fun that is promised and delivered by those early stages, soon gives way to some unimaginative level design that is more tedious than it is challenging.

Jump’N’Shoot Attack is a throwback to classic side-scrolling shoot-em-ups, with baddies consisting of flying eyeballs, giant wasps, mutant snails and the like. British developer Sam Beddoes has captured the feel of the retro arcade perfectly, and he must be applauded for having not just designed and coded the game, but produced all of the graphics and music. The music in particular is superb, encapsulating the pumping electro fizz of 16-bit soundtracks so well that I wondered if it had been produced in an authentic old skool tracker. (It was actually composed in FL Studio.) 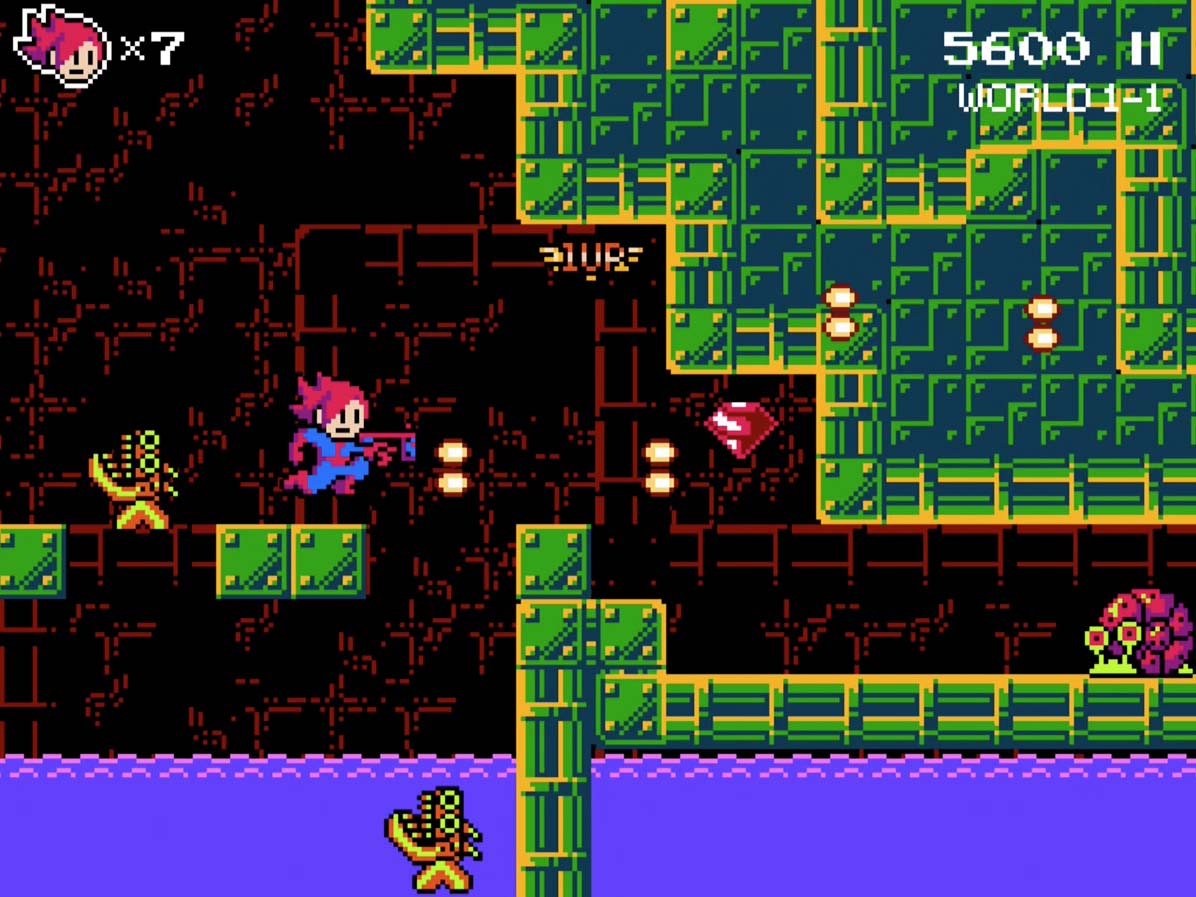 Being produced for a touchscreen platform, naturally some compromises had to be made in the control system. Quite rightly avoiding on-screen buttons, virtual d-pads or other such nonsense, Jump’N’Shoot Attack has you running constantly, with a tap on the left of the screen to jump and a tap on the right to shoot. There’s no autofire so expect to give your right thumb a serious workout.

But it’s this control system that is perhaps the game’s greatest flaw. Jump’N’Shoot Attack is proudly described as being “Nintendo hard", but if this game had been on a Nintendo platform then there would have been one crucial difference — you wouldn’t have had to keep moving all the time. Jump’N’Shoot Attack exploits its own control limitations and rapidly descends in to being a game of jumping challenges, where you have to try and hop between sequences of narrow platforms. You don’t get to hesitate or time your jumps carefully, you just mash the screen and hope for the best, which usually results in falling to your death and being sent back to the start of the level. 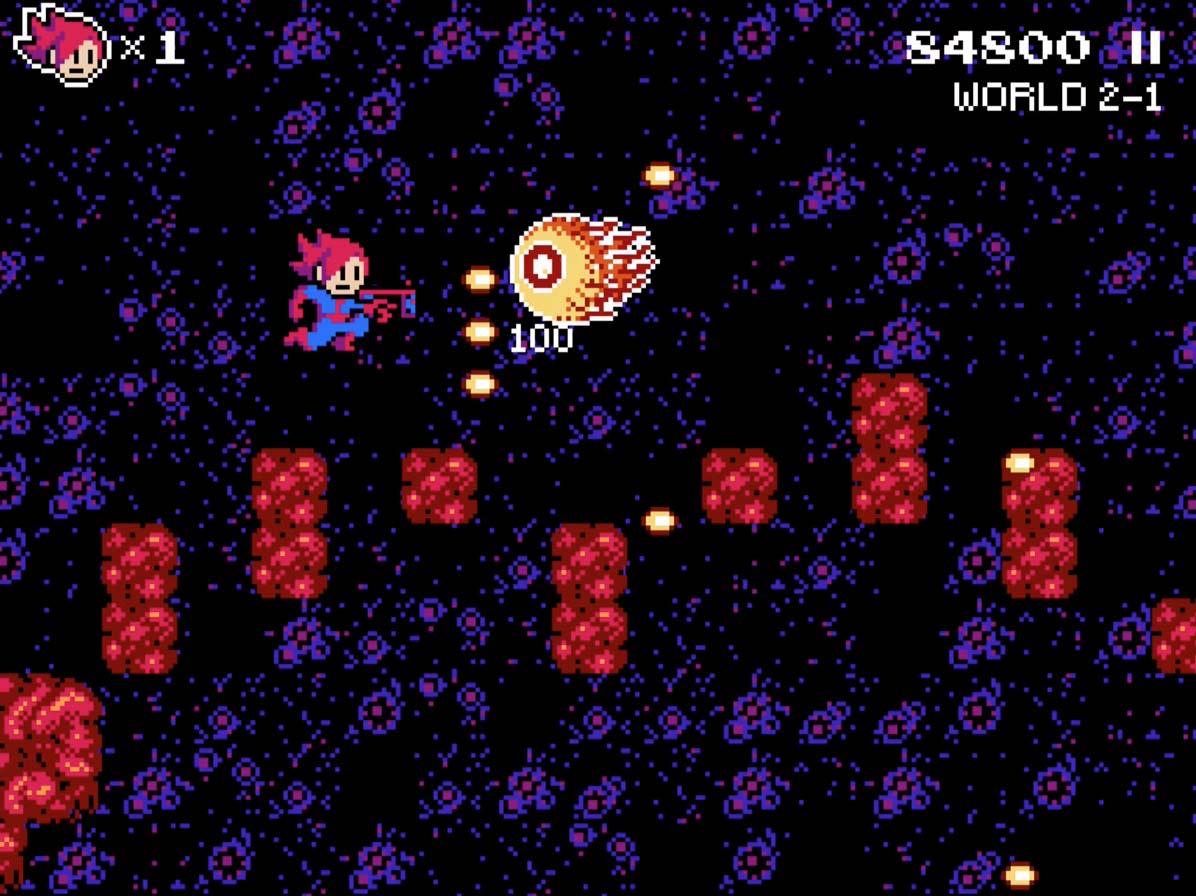 With infinite runner games, the fact that you’re constantly running is part of the game, and part of the challenge. But with Jump’N’Shoot Attack it’s a design decision that was made solely to make the game workable on a touchscreen platform. It feels somewhat lazy to throw in long chains of precision jumping challenges, which simply kill the player unless you’re very lucky. Dying often in a game is not the same as the game being hard.

Something that feels missing from Jump’N’Shoot Attack is a power-up that lets you big-up and survive one encounter, akin to Mario eating a mushroom. But no, it’s all boringly boolean, if anything nasty touches you then you die and restart.

Jump’N’Shoot Attack gets so much right that I want to give it a glowing review, but I can’t. Sam Beddoes is an extraordinarily talented developer. He has single-handedly produced a game that looks, sounds and feels wonderful. This is pure arcade blasting action on your phone or tablet. But, for me, with its pernickety jumping challenges, Jump’N’Shoot Attack stops being fun and becomes tiresome very quickly.