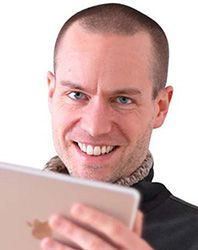 It’s an exciting time for Martin Magni, developer of Odd Bot Out (Free). Just two months after his game’s release on iOS and Android, the cutsey sci-fi puzzler has sold enough copies to cover its development costs, and has made Martin a darling of the indie scene.

“My goal was to make something profitable," Martin says from his home in Åtvidaberg, Sweden. “Knowing how hard it is to make a profitable indie game I kept my expenses very low by living on the cheap and doing everything myself. That worked out splendidly! The 25,000 copies I have sold to date covers all of my expenses, even after taxes and Apple’s and Google’s revenue cuts. 25,000 copies hardly classifies as a ‘hit’ though. That leaves me something to strive for with my next game."

Odd Bot Out tells the story of Odd, a robot who fails a quality control test and is sent for recycling. Not one to silently accept his fate, you must guide Odd through a hundred levels of physics puzzles to help him escape the factory. 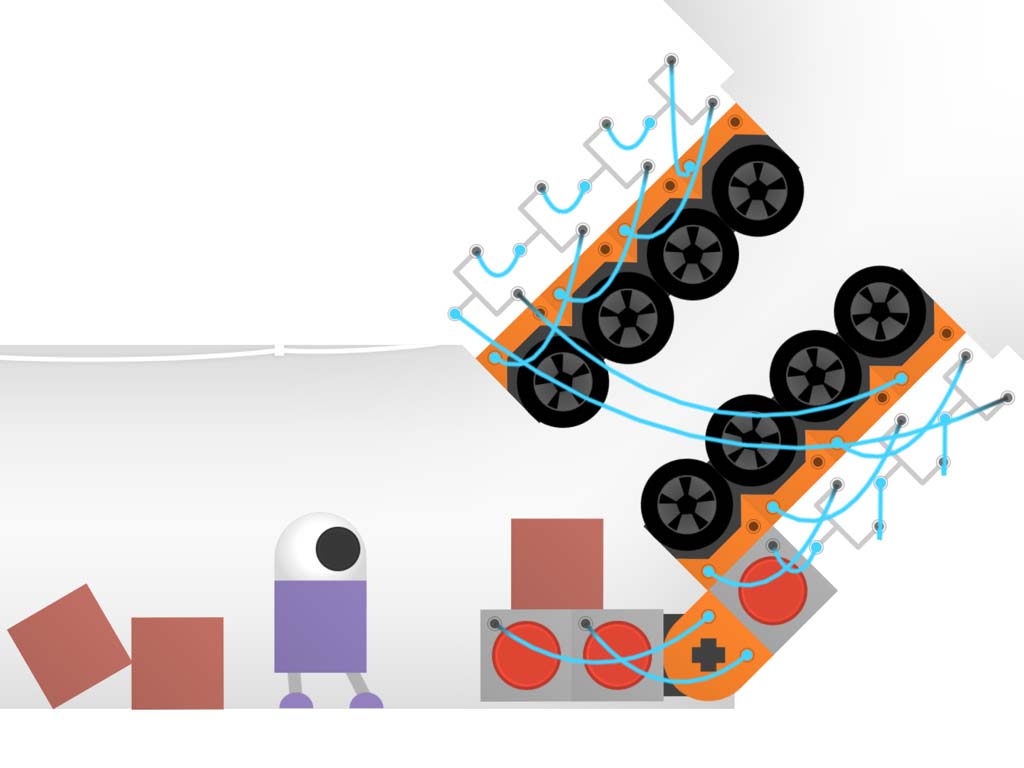 The game’s quirky graphics and lovable protagonist have not only struck a chord with a gaming public that is desperate for freshness and originality, they have turned the spotlight on the developer himself. 36-year-old Martin has quickly become celebrated as a hero of the development world, the guy who committed a year of his life to a vision that he believed in, and the game’s success has proved him right.

But the year-long development process wasn’t without its hiccups. “There was that one time when I decided to scrap everything I had done and start over," Martin says. “Work on an earlier concept, somewhat similar to Odd Bot Out, was progressing nicely. But I hit a brick wall when trying to design levels. Tweaking the game mechanics didn’t help, it was just impossible to make puzzles that were intuitive and fun."

Martin even went through a period where he “doubted the wisdom of my career choice", as he puts it. “But I kept brainstorming (increasingly radical) design changes. I ended up starting over on a new prototype, which in hindsight was a Good Thing."

One of Martin’s original concept sketches: 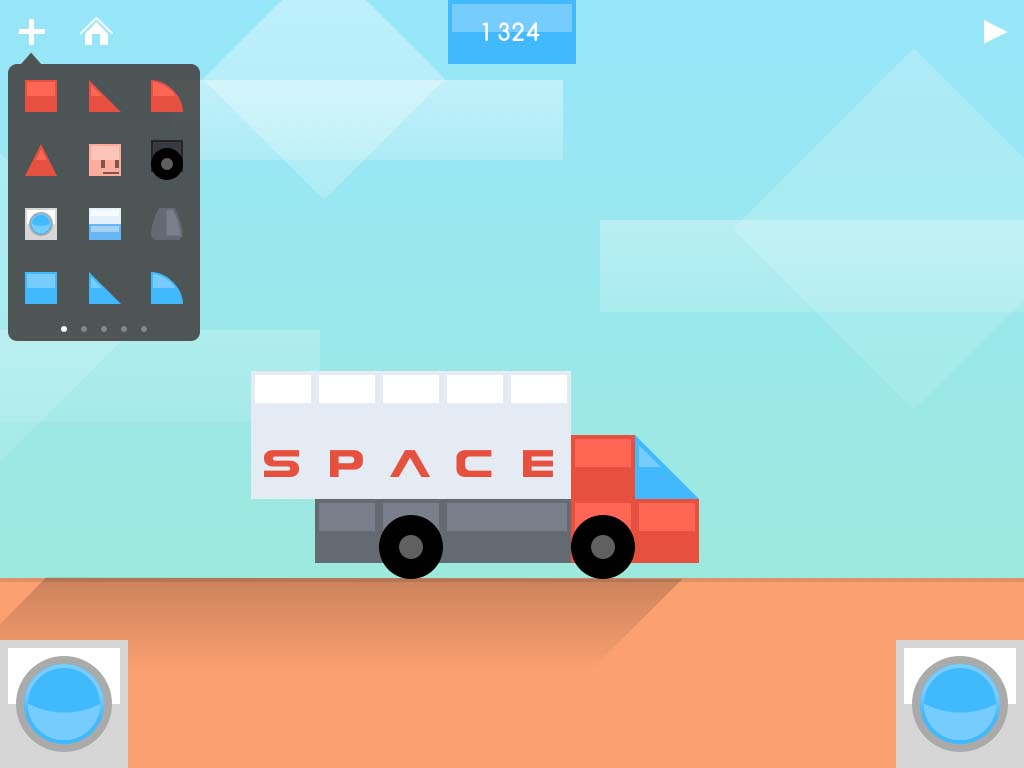 With Odd exploring a world of crisp, clean and mostly white rooms, Martin acknowledges that “Portal must have been hiding out in my subconscious". But his love of games dates back to the mid-80s. “Wonder Boy III on the 8-bit Sega Master System made me fall in love with games while Lemmings was the most innovative thing I played on Amiga. Multiplayer Doom / Quake on PC and Tekken / Dead or Alive on PlayStation had a significant negative impact on my school grades. Monument Valley on iPad was my biggest source of inspiration while developing Odd Bot Out."

Odd fans, if you’ll excuse the phrase, will no doubt be disappointed to hear that Martin isn’t planning any further outings for the little robot.

“A creative mode with online sharing was always part of the plan," he reveals. “Alas, I had to cut it in order to keep the project manageable. Sometimes pruning the to-do list is the only way to save a project from eternal non-completion. Now, given sales so far, I feel my time is better spent on a new project than on a level editor update. I can only hope Odd Bot Out fans will agree once they get to play my next game instead."

One minor but oft-voiced criticism of Odd Bot Out is that game objects will sometimes end up falling out of view, rendering puzzles unsolvable. Martin is all-too-aware of the issue, but he has a solid design argument for not implementing a pan or drag feature.

“Dragging the background used to pan. But play testers often dragged lots of things while exploring the environment and learning which objects interact. This then caused lots of unintentional panning, which led to disorientation and even motion sickness. Removing panning made the world feel more solid, stable, and Odd-centric. Maybe if those who’ve requested panning had had the opportunity to play both versions they’d end up preferring the latter. Or maybe there is some third solution that I have yet to figure out." 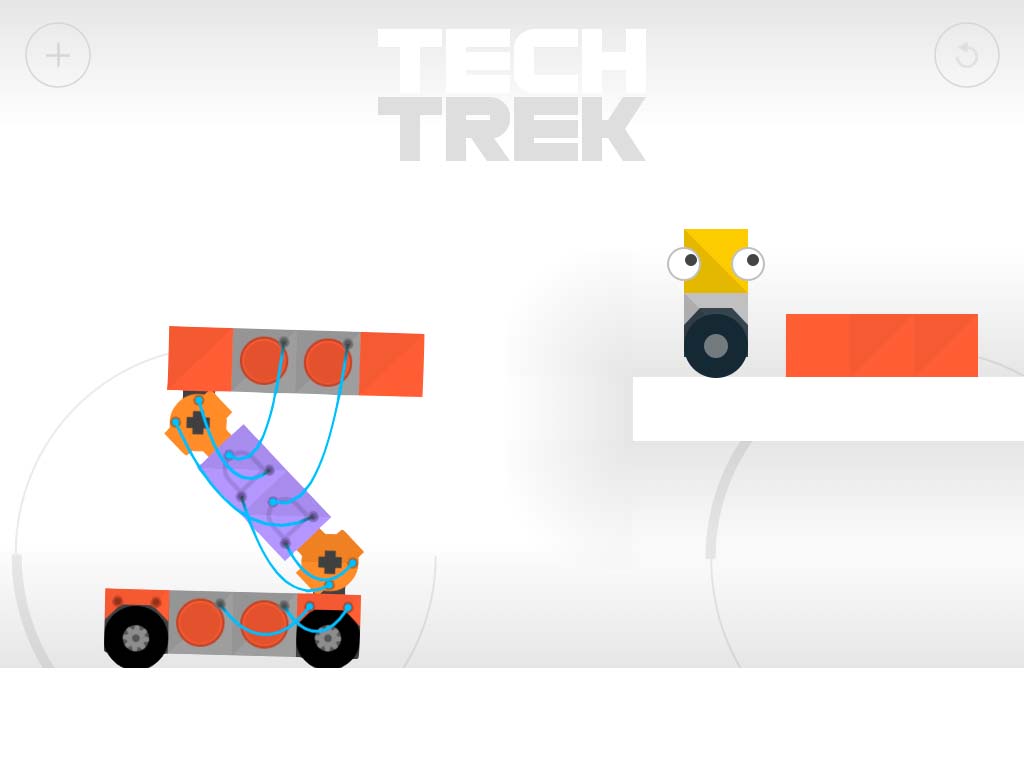 So what of the man behind the bot? Martin says that he lives a frugal lifestyle. Embarking on development of Odd Bot Out, he sold his car, paid off his debts and moved to a one-room apartment in a small town where rent was cheap. He doesn’t travel or eat out, doesn’t buy needless gadgets or clothes, and for a long time didn’t have a television – although he did get one recently “as reward for having finished Odd Bot Out, so I can watch Terminator 2 in full glory".

Odd Bot Out has sold more copies than many developers could dream of, but the financial rewards have been modest. Even if sales went through the roof, Martin doesn’t see himself driving round Åtvidaberg in a Lamborghini with a $10,000 gold Apple Watch on his wrist. “Hopefully I can find something more useful to spend my money on," he says. He is more interested in upgrading to a house with a nice view.

Martin studied computer science at high school and spent seven years working towards a PhD in artificial intelligence, which he eventually dropped out of. He now questions the value of all that time spent in education: “It does seem clear that a year of writing my own game engine taught me more about game development than any one year in my computer science degree. On the other hand, Odd Bot Out’s quirky movements were influenced by the years I nerded out in a robotics lab."

Martin’s interest in artificial intelligence has stayed with him, and he speaks passionately (and prophetically) on the subject.

“AI is mankind’s last invention," he says. “After that, our work is done since the AIs will invent better and faster than we ever could. These AIs will be the first intelligent alien species we will meet. Space is too big to be of much interest. Even if our own galaxy is crawling with aliens, they are still too far away to interact with. But artificial non-human intelligences will be right here among us, maybe in our lifetime. Isn’t that exciting!? And if I could have some tiny part in helping make this happen? Surely that would work in my favor when the AIs take over."

Martin describes his previous game, Blocksworld, as a mix of Lego and Minecraft… 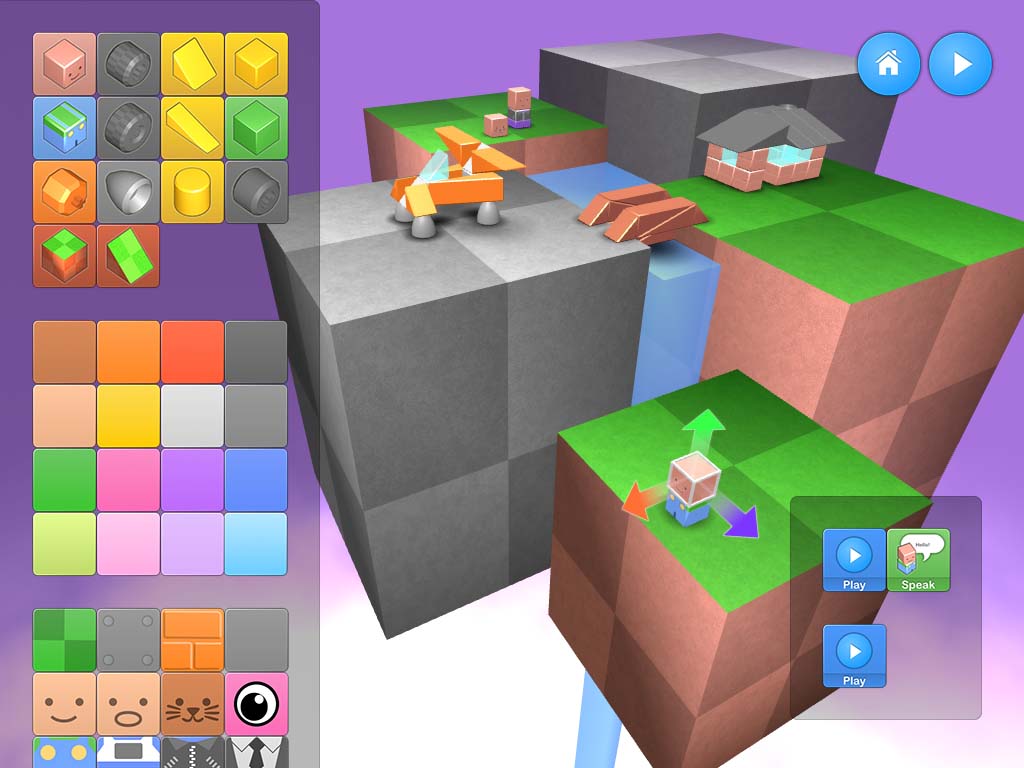 Any developers reading about the creation of Odd Bot Out may be surprised to learn that Martin eschewed existing game development kits such as Unity and Unreal, and wrote his own cross-platform engine from scratch, using C and OpenGL, complete with a robust physics simulation.

“I used Unity for my previous game, Blocksworld (Free), and I loved it! Opening up the Unity editor instills a sense of confidence and power in me. It feels like everything I need is right there. In contrast, opening up a blank text file makes me feel lost, wondering where to start. Using an existing engine makes a lot more financial sense, at least in the short term. But writing the engine from scratch is a great learning experience if you can spend the extra time. I had that luxury. Hopefully I learned something that will be useful in the long term. I did use [physics engine] Chipmunk and I studied Box2D while developing my own physics. They are both designed for games where you first set up the physics objects and then simulate them. But Odd Bot Out’s building blocks can form (and break) complex physics objects while the physics are simulated in real time. It’s probably possible to coerce Chipmunk into doing this, but my own physics does it by design."

Having talked early and often about Odd Bot Out, a marketing strategy that he now regrets, Martin is keeping tight-lipped about his next project.

“I worry I will have to make another one of those radical design decisions that requires starting all over. Last time I blogged throughout that whole process, which only resulted in confusion when the project’s name, art, and mechanics suddenly changed. A development blog was one of those pieces of marketing advice that fit me less than perfectly. This time I want to wait until I know what I’m doing before announcing it. But rest assured that it is another colorful minimalist mobile game by yours truly."