If you’re not among the millions of people still playing World of Warcraft, what you’ve missed in the latest expansion is the garrison system. In a supreme nutshell, Blizzard has effectively implemented many of the features that have made the various base-building mobile games into WoW. As you level up to 100, you’re continually building your garrison and interacting with your growing number of followers by sending them on timer-based missions. If this sounds interesting to you, check out this video which gets pretty in-depth with how it all works:

If you want to truly min/max your garrison, it involves making sure you’re not wasting any of your timers. We’ve already posted about a timer app (which works quite well), but even with a timer it still requires you to log in to the game on your Mac or PC to actually do anything. Reddit user /u/Sinfonianartist has been trying to change that, by trying to make a mobile garrison interface a reality. He recently posted an update to the proof of concept he’s been working on, with a gallery of screenshots showing how it’d all work out. Here’s a couple of them: 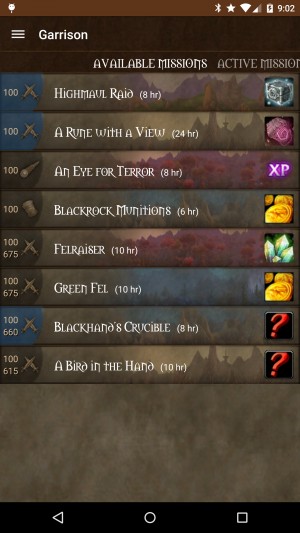 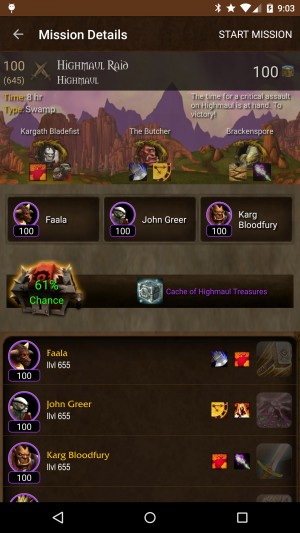 Essentially, the idea here is exactly what it seems like every WoW player wants. The garrison system is cool, but being tied to your Mac/PC and specifically logging in via the WoW client definitely has me interacting with it far less than I would if I could just send dudes away on missions while I’m on the go. Looks rad, but like a lot of unofficial things like this, it seems like it’ll never happen… Right?

Well, apparently all the work that has gone into this has caught the eye of Blizzard who is interviewing its creator later this week. Hopefully things go well, Blizzard hires him, and they quickly greenlight a mobile garrison companion because that would be awesome.