Originally released all the way back in 2009, Drop7 (Free) was among the first batch of truly unique puzzlers to hit the App Store. It’s so old it’s amusing to go back and look at our original coverage of the game here on TouchArcade, before I seized control and whipped this place into shape. This was our original review of Drop7.

Anyway, back in 2011-ish, Zynga had tons of cash and was buying up anything they could to make their big splash into the world of mobile gaming. A few dump trucks full of money later and Drop7 was officially a Zynga title. …Then it sat largely undisturbed for four years until recently when it was unexpectedly updated. 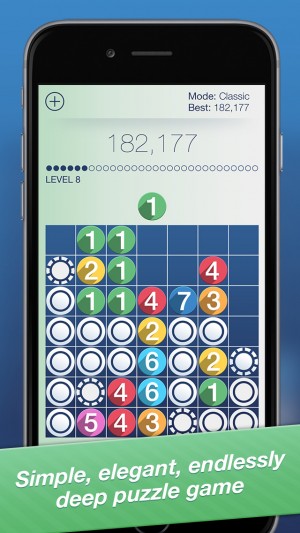 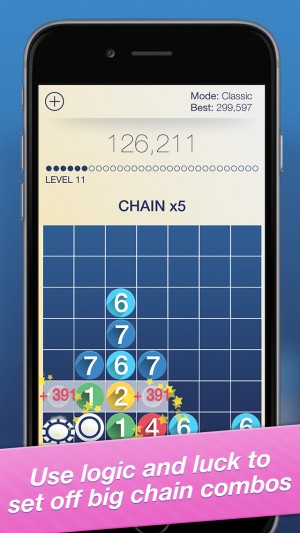 What’s in the update? Essentially, nothing major, they just brought the game up to speed with what you’d expect out of a mobile puzzler in 2015. According to the “What’s New" text on iTunes, this is through the utilization of brand new technology, which seems like a real odd way to phrase it- Like someone has been working in the sub-basements of the Zynga laboratories for years and finally cracked the technology needed to update such an ancient iOS game.

Anyway, given how old Drop7 is now, I’d say there’s a very good chance a lot of people around here haven’t played it yet. Don’t let the Zynga dog scare you away, this is a supremely solid puzzle game that has seen a stupid amount of critical acclaim. It’s an original classic of iOS, and I’m thankful for the new technology that allowed them to keep the game technically relevant all these years later.