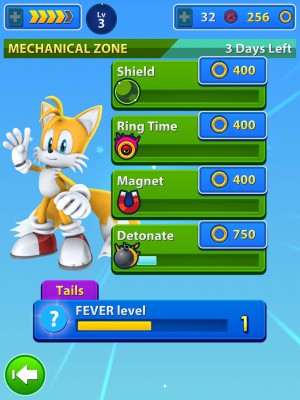 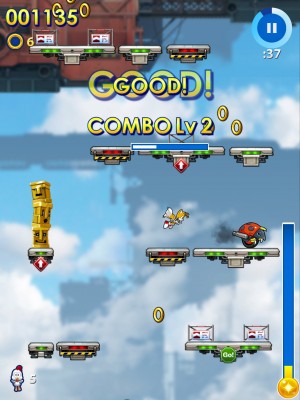 This is of course a free-to-play sequel to the original Sonic Jump ($2.99) , which was an adaptation of an earlier feature phone game of the same name, so this is at least an original affair. There’s a greater focus on competing with friends by logging in to Facebook, using collected rings to buy upgrades and boosters for higher scores, with free spins and regular level theme rotations to encourage coming back again and again.

Certainly, it’s still a bit bizarre that we have a jumping Sonic game. Sonic Dash (Free) wasn’t the best endless runner ever, but it at least made sense because Sonic is known for running fast. And Sonic Jump Fever‘s soft launch version has Tails as the first playable character, which either makes no sense at all or all the sense in the world because Tails can fly. But hey, no one asked me to be in charge of the Sonic franchise.

Expect Sonic Jump Fever for free this Thursday, though it has soft-launched in Canada if you’re that impatient.