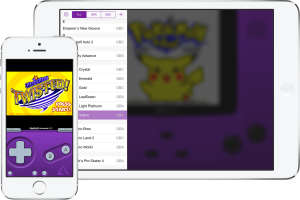 This weekend I caught up with Riley Testut, an 18 year old senior at Richardson High School just outside of Dallas, TX. Unless you’re one of his nearly 25,000 Twitter followers, you likely don’t know his name, but if you’ve been reading TouchArcade over the last week you definitely know his app: GBA4iOS, a shockingly great Gameboy, Gameboy Color, and Gameboy Advance emulator that doesn’t even require jailbreaking to install.

Riley got an iPhone in 7th grade, and like many of us, absolutely fell in love with all the apps he could download and the infinite possibilities the device presented. It didn’t take long for him to decide to make his own app, and with no prior development experience he simply picked up some books, followed a few online tutorials, and was on his way. The first app he released was Shoot Around , a basic augmented reality shooter that plays a lot like AR Invaders ($1.99). It you look at the iTunes description, it even retains the original introduction from his father: “Developed by my 13 year old son."

From there, he went on to build Camera Prime , which essentially is a rough version of Camera+ released just about a year before the chart-topping camera app by tap tap tap. With these two apps under his belt, Riley describes his experience level as “enough to get by." Coincidence would lead him to stumble across a SNES emulator on the code sharing site Github, which he fixed up a bit and eventually uploaded as his improved version of SNES4iOS, but Riley’s passions were elsewhere: His favorite console of all time, the Game Boy Advance. 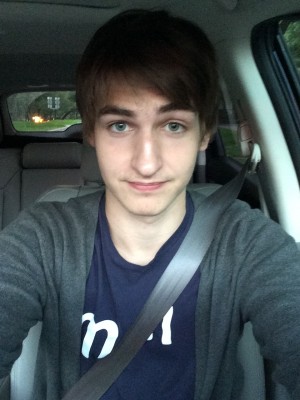 If you haven’t tried it yet, GBA4iOS is easily the best emulator I’ve used so far on iOS. The install process is as simple as rolling your date back to some time before February 19th, 2014, and mashing this download link on your iOS device. The Game Boy Advance was a great system too, with the Game Boy Advance SP easily being among my favorite mobile hardware of all time. Playing GBA4iOS on an iPhone is eerily similar to actually playing on a proper SP, as the screen size in portrait mode is very similar and the posture you find yourself in while playing will likely closely mimic the very way you sat mashing away in ancient Pokemon titles. Graphic artist, and good friend of Riley’s, Paul Thorsen did all the interface work to even make it look like you’re holding a Game Boy Advance. Add an iPad or an iOS 7 controller in to the mix, and you elevate Game Boy Advance games to a whole new level.

The thing is, GBA4iOS is by no means a new project. It’s been around for quite a while now, and originally popped up on our radar in the summer of last year when a service called Mac Build Server would allow you to basically point their service at a code repository and get a binary you could install, totally side-stepping the App Store. Unsurprisingly, only a few days later that same loophole was closed off, and it seemed safe to assume that Apple was going to seriously tighten up security in the enterprise certificate department. …Except, that’s not what happened. GBA4iOS 2.0 was released with a new enterprise certificate which Riley managed to secure. 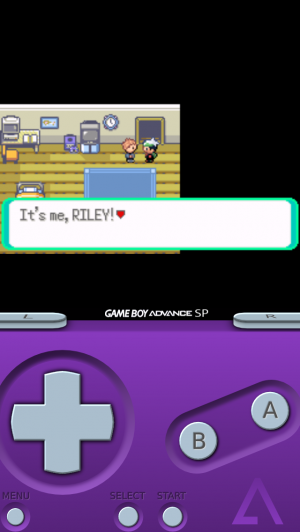 He wouldn’t go in to too many details as to where it came from, but he describes the situation as “lucking out," with a connection with someone who could buy an existing enterprise certificate GBA4iOS 2.0 could use to allow for the same jailbreak-free install magic that made the original so popular. Typically, being blessed with the ability to sign your own apps involves all sorts of hoops to jump through and other associated paperwork with Apple to release internal corporate applications and sidestep the App Store entirely. Riley wouldn’t say how much he paid for the certificate that GBA4iOS 2.0 is signed with, but he did mention a legit certificate costs $300, and he paid less than that.

Talking to Riley Testut made me realize he perfectly embodies the spirit that feels like it has been lost in the shuffle of the App Store. Back in the early days of iOS, every developer out there was just taking the little they knew and pushing it one step farther, often exercising interesting contacts along the way to come up with neat little features of improvements. That’s Riley’s development history and GBA4iOS to a T. But, when asked if the fame of GBA4iOS was bringing him any interesting contacts, job offers, or anything else, the answer was a little surprising.

GBA4iOS hasn’t impacted his life in many significant ways, short of meeting his girlfriend through Twitter because of the project. Riley mentions that his friends at school all have it, and he once met an Apple Genius who knew what GBA4iOS was, but that’s about it. All he’s really been able to use the tens of millions of downloads he’s had for is resume padding when applying for internships. At least his teachers at school are supportive of the project, hosting a pizza party complete with countdown to go along with the countdown on his web site we posted about early last week. Riley even sent me a short video clip of the moment GBA4iOS went live:

It’s crazy really, as if you would’ve asked me who was behind GBA4iOS last week, I’d have assumed it was a lot like a similarly great emulator, OpenEmu: A whole team of guys, hanging out in IRC, each working on individual pieces to put together into the whole project. Never in a million years would I have assumed the mastermind behind GBA4iOS was having classmates scream for him at when the countdown reached zero. It’s awesome, and really just goes to show that anything is possible in the world of iOS. 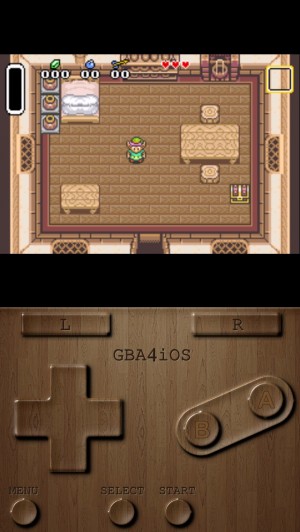 In our previous coverage of the emulator, it seems like inevitably comments take a turn to debating the merits of emulation and the legalities of ROM files as a whole. It seemed natural to ask Riley where he stood on this divisive issue, and it views it in the same light as recording movies or TV shows on your DVR. “You paid to have the channel, and you’re entitled to recording and storing a local copy of it on your DVR." He then adds, “For personal consumption, at least." When asked about playing games you don’t own the original, Riley says, “No doubt about it, that’s illegal," but often finds himself wondering about the grey area of emulation.

Things like the Mother 3 English fan translation, or the various Pokemon hacks out there create games that never have existed in the North American market, so there’s no original copy to buy. Riley seems to feel the same way many people who share a love for emulation in that projects like GBA4iOS and the companion ROM sites are preserving gaming and offering an experience that either never existed or couldn’t exist for a very active and interested player base that’d likely buy things like an English version of Mother 3 if it were only available for purchase.

But, on the topic of Pokemon hacks, Riley revealed the way the mysterious “Event Distribution" feature is going to work in GBA4iOS 2.0: When an event is released by Riley, the way GBA4iOS handles it is by downloading a hacked Pokemon ROM and transparently importing the player’s existing save game from the normal version of Pokemon. Then, players can then play the game getting whatever special item, pokemon, or whatever else Riley adds in. From there, you save your game, and like magic GBA4iOS swaps y our save data back into the original Pokemon game. 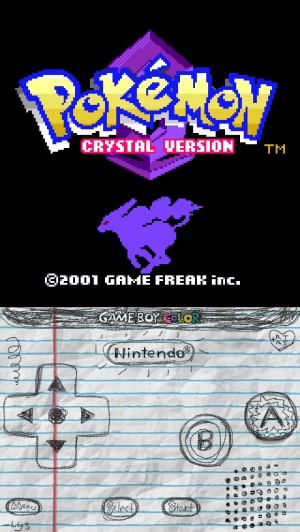 He mentions that the first event will be for Pokemon Emerald and will involve players being able to get a shiny Treecko. Once that’s finished, potential future events could include the highly limited Nintendo events such as unlocking an Aurora Ticket. It sounds awesome, and again goes back to preserving gaming. Through these events, Riley is offering players something that required playing the game during a very specific time frame, which anyone playing the game now would’ve otherwise missed.

As far as what the future holds for Riley, he told me that he still totally plans on going to college for software development instead of chasing App Store dreams. “While I could possibly survive without it, I think there’s a lot to be gained from a college experience," he explained.

So, the only elephant in the room left to address with the creator of the best emulator to grace my iPhone is what are his favorite games to emulate in GBA4iOS, and he responded with a top five, in order from “most favorite to slightly less favorite."

And of course Riley has an opinion on the best Pokemon games. In his opinion, the best are the recently released X and Y. He mentions they’ve done so much to improve them it’s hard to imagine how they could get better. But, he’ll always have a soft spot for Emerald and the other 3rd generation Pokemon games.