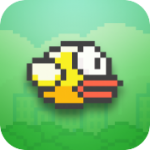 Since its removal from the App Store yesterday afternoon, the only thing that’s more popular than opportunistic developers trying to get a whiff of Flappy Bird’s leftover success is Flappy Bird conspiracy theories, with the proverbial conspiratorial Eye of Sauron shifting from how Flappy Bird got to #1 to why it was removed. Of course, like all things on the internet, Occam’s Razor is rarely employed, and instead, theories ranging from the Vietnamese mafia to Nintendo bringing down the legal hammer and everything in between have been floated on nearly every game forum on the internet.

Well, per a report from the WSJ, Nintendo didn’t have a problem with Flappy Bird:

“While we usually do not comment on the rumors and speculations, we have already denied the speculation” last week, he said.

Of course this doesn’t disprove the crazier theories out there, but, it does totally back up Flappy Bird developer Dong Nguyen’s tweet about how Flappy Bird’s removal wasn’t due to legal issues. Instead, it’s starting to seem substantially more reasonable that Nguyen was telling the truth all along, in that the fame and fortune of the unbelievable success of Flappy Bird was complicating his life, and he didn’t want anything to do with it.