Id Software all but bowed out of the App Store world, and with John Carmack resigning to join Oculus Rift last year it seems pretty certain we won’t be seeing the planned iOS ports of Doom II, Quake or any other Id classics which had previously been talked about. Especially seeing as Carmack appeared to be the main proponent of iOS development. (Though with the recent update of Doom Classic ($4.99), I’m still holding on to a tiny sliver of hope.)

Anyway, developer Ronny Stiftel, who previously released the clever Street View Adventures ($0.99), took the problem of no-Quake-on-iOS into his own hands and created Beben III ($3.99). Basically, Beben III is an iOS-ified version of the ioquake3 engine, a project that took on updating, improving and maintaining the id Tech 3 source code which was released in 2005. Beben III has implemented virtual controls and the ability to download and run the games Open Arena, the shareware version of Quake III, and –most importantly– the full version of Quake III Arena.

The steps are pretty simple, and laid out in a tutorial on Stiftel’s website Mac and i. For Open Arena, which is essentially a fan-made version of Quake III that’s been going since 2005 and is actually very good, you simply tell the game to download the files to your device over the air and voila–you’re playing yourself some Open Arena. The Quake III Shareware works exactly the same way. Both games feature single player against bots, and Open Arena apparently has online play, though I haven’t sorted out how to get that working. 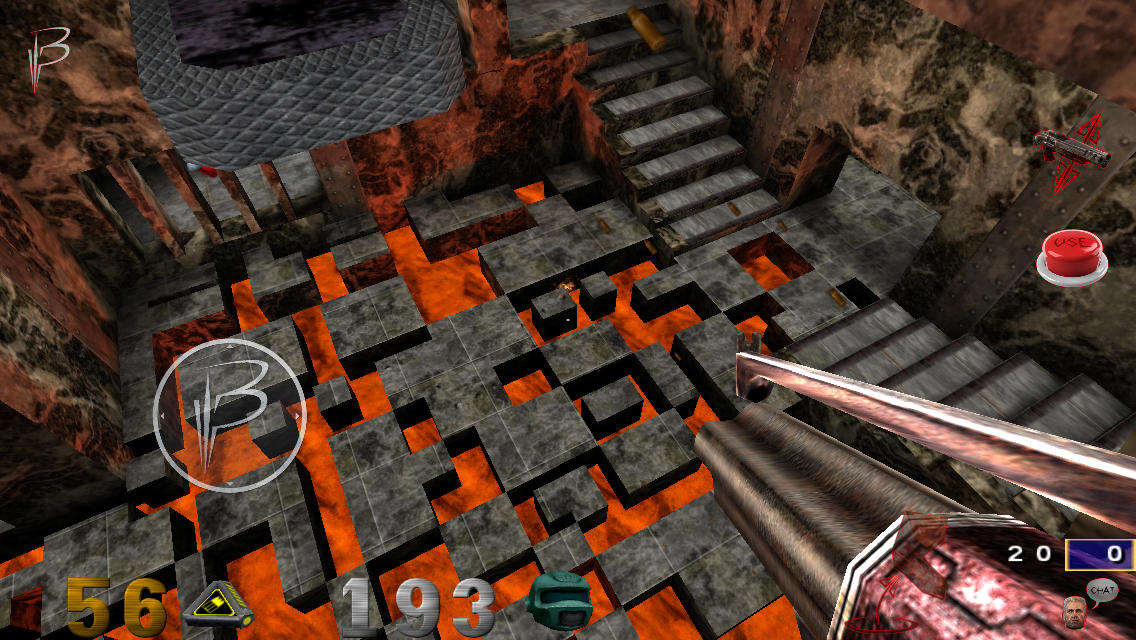 As for Quake III Arena, it works a bit different. Since it isn’t a free game, you have to actually own the proper files and load them into the game yourself using iTunes File Sharing. It’s an extremely simple process, and as I mentioned it’s explained well on Mac and i. Unfortunately, I don’t have a copy of the game myself to try it out, though I stupidly did buy it on Steam thinking that even though it’s a Windows only game and I only own a Mac I’d at least be able to access the correct files. That is not the case though, so don’t be dumb like me.

At any rate, just being able to play Quake III on my little phone is something that would have easily exploded my teenage mind had you told me this back in the day. The Beben III app actually works wonderfully, playing games fast and smooth on my iPhone 5s. The virtual controls are also great, though if you don’t typically like touchscreen FPS controls then these aren’t likely to change your mind or anything. Stiftel does note on his site that future plans for Beben III include Game Center, iCloud syncing for settings, improved network handling and iOS 7 Controller support.

If any of this sounds interesting to you, grab Beben III and give it a shot. Let us know how it works out for you in the comments below or in the game’s forum thread.