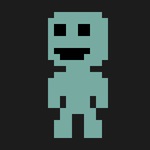 Terry Cavanagh really made a big splash in the world of mobile gaming with 2012’s Super Hexagon ($2.99), and since then there have been plenty of people wondering if he’d port some of his other games to mobile as well. Most notably, people have been wanting to see his hardcore platformer VVVVVV on mobile devices. Well, according to a little teaser spotted on Cavanagh’s website back in October of 2012, it appeared VVVVVV was indeed heading to iOS, and the following January the developer noted on Twitter that he’d been testing VVVVVV on an iPhone.

So, where the heck is VVVVVV on iOS then? Well, as Cavanagh has posted on his blog today, VVVVVV is still in the works for mobile as well as some other  platforms, and he’s planning on finally finishing things up and getting the game out there this year. As he states, “I’ve had an incomplete iOS version of the game working for over a year now, but other projects have kept me from finishing it up. I’d really like to get that out soon, though. Over Christmas I spent a little time finishing up the port, and I’m happy to say that the really hard stuff is done, now. I just need a week or two to sort out the details."

It sounds like an iOS version of VVVVVV won’t be that far off, but you know how these things can go so I’m not totally getting my hopes up just yet. I mean, I DO expect it this year, but I’m not prepared to get excited for it being anytime soon. Hopefully it is though. As mentioned, VVVVVV should be hitting more than just iOS, as Terry says in his blog post “This year, I’m going to release VVVVVV on PS Vita, on iPad, on iPhone, on Android, on Ouya. And, if I can manage it, all at the same time. This will very likely be the last thing I ever do with VVVVVV, and I wanna go out with a bang!"

We’ll let you know when more concrete details about an iOS version of VVVVVV surface.