There’s little doubt that Ndemic Creation’s Plague Inc. ($0.99) is one of the finest strategy games in the App Store, but it’s also one of the most well tended to games I’ve ever seen. The original release last year was an elegant humanity-eradicating simulation that felt like a perfect fit for a mobile title. Over the last year and a half though, Plague Inc. has grown and evolved into so much more. We’ve seen a brain-burrowing worm plague with last September’s Neurax Worm expansion pack, Genetic Mutations in an update the following month, the zombie-like plague Necroa Virus added in an update in February, and Speed Runs and Center for Disease Control content in an update from July. Now that brings us to today, where the Scenarios update which we detailed last month is now available in the App Store. 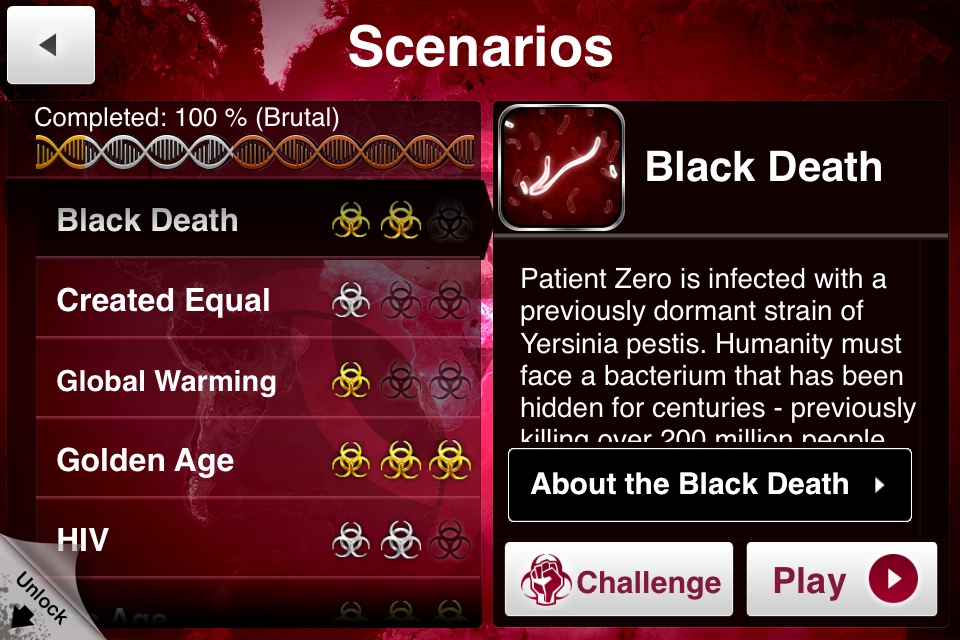 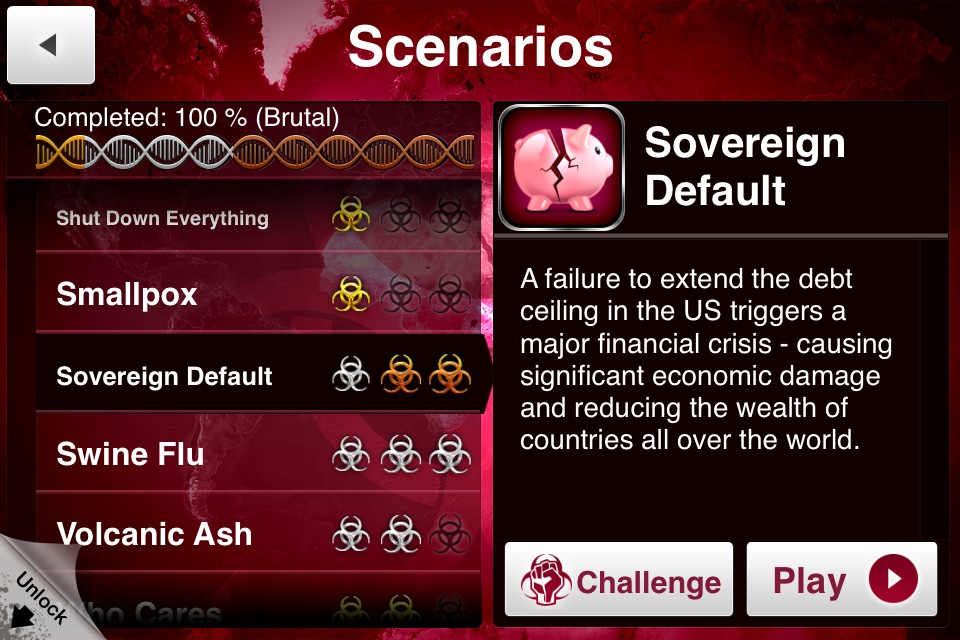 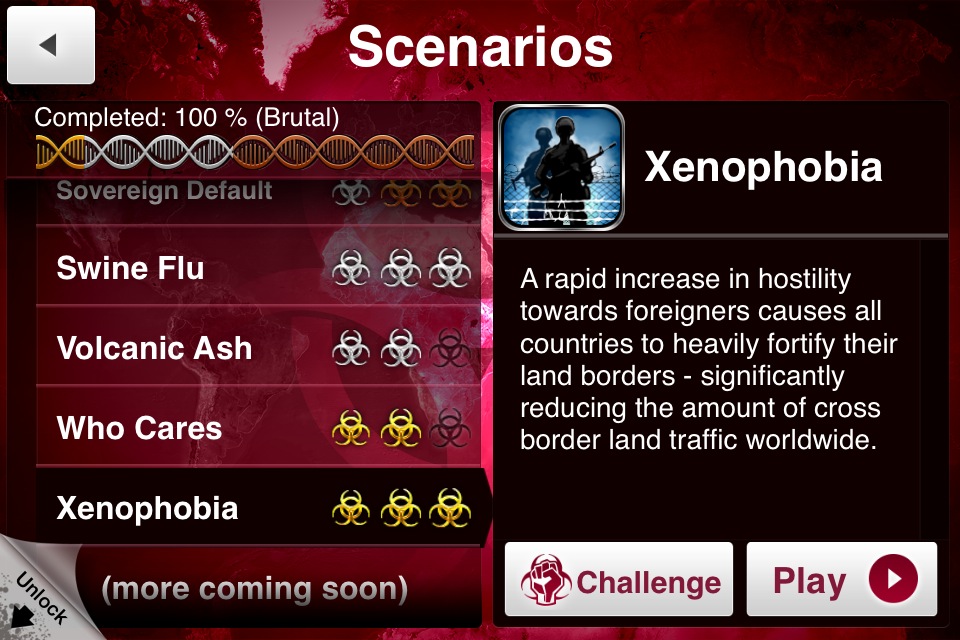 The Scenario update includes 14 new modes which include real-life diseases like the Black Death and Smallpox which you can try to spread across the entire planet, and there’s also alternate-reality world events that take place like a US Debt Default which will throw a wrench into how you expand your disease across humanity (or provide a golden opportunity to exploit such situations). The update comes with one of the new scenarios for free, and each additional scenario available for a 99¢ IAP each. Or you can buy a “season pass" of sorts for $2.99 that will unlock all current and future scenarios.

Plague Inc. is one of the best dollars you can spend for a video game, and if it “infects" you the way it has me (sorry I couldn’t help myself) then you’ll have an enormous amount of both paid and free added content to occupy yourself with. If you’re already a fan then check out the new Scenario update, but if you aren’t yet familiar with Plague Inc. then you should definitely consider giving it a look.