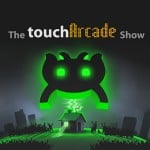 On this first Brad Nicholson-less episode of the TouchArcade show, we snag fellow fart noise enthusiast and developer of both Mikey Shorts ($1.99) and Mikey Hooks ($1.99), Mike Meade for the middle position on our three seat tandem podcasting bike. We proverbially peddle through the big game releases of the week, touching on the craftapalooza that happened between Junk Jack X ($4.99) and Terraria ($4.99) along with tons of other cool games. We wax intellectual over Candy Crush (Free) as well as talk about how mad the entirety of the internet seems to be about the recently released Nintendo 2DS.

As always, you can listen to the embedded podcast below or subscribe to us either on iTunes or the Microsoft-y equivalent. We appreciate reviews on both, so, if you’ve got some time be sure to plug one in.

Here’s some links to all the stuff we talk about:

This week’s episode of the TouchArcade Show is sponsored by Riverman Media’s Pizza Vs. Skeletons.

Control a 25-foot pizza as you bash skeletons, learn karate, rescue puppies, demolish skyscrapers, grow a mohawk, raid a meat factory, and much, much more in the most ridiculous pepperoni-based game ever to hit your iPhone or iPad.