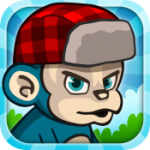 It’s tough to find a full package on the App Store these days amidst a sea of in-app-purchases and promises of updates. But somehow, Lumberwhack: Defend the Wild (Free) not only eschews pesky microtransactions in favor of a fully featured experience, but it also gives you a ton of bang for your buck.

Lumberwhack is a castle defense game through and through. Just like Army of Darkness Defense, you’ll control an avatar (in this case, a pissed off monkey named Koko Kornelius) while you summon other units to fend off the impending hoard of construction workers. Units range from light but expendable melee units to heavy tanks, to more complex creatures like snakes (that can poison enemies). 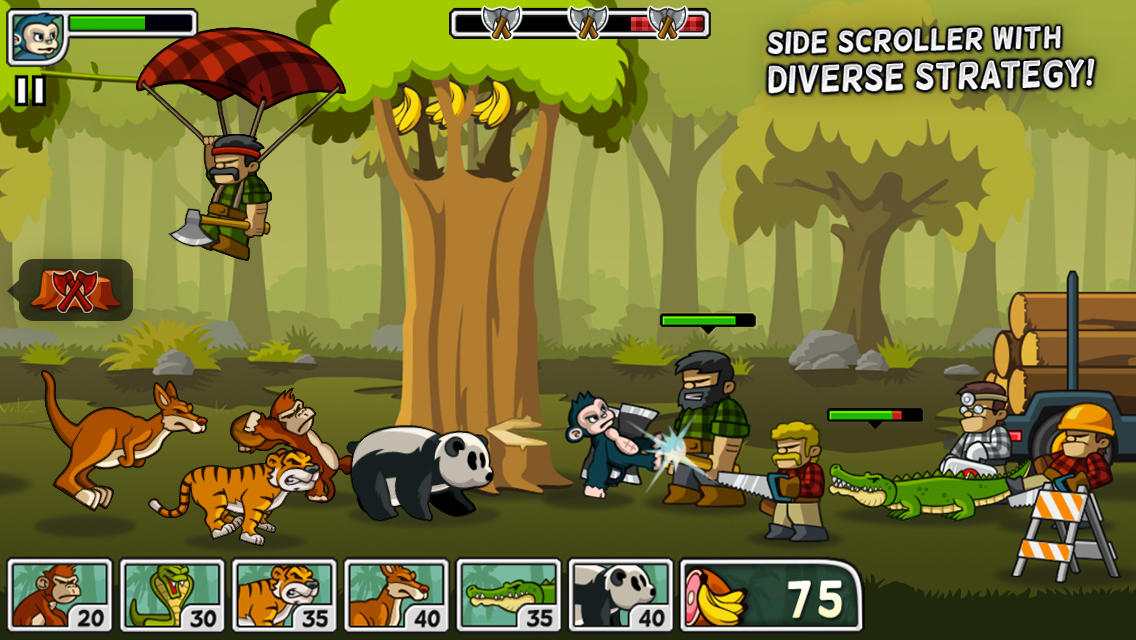 You’ll have to “buy" these creatures by using the game’s banana currency, which you can grab by swinging from tree to tree within each stage. Since Koko can also attack enemies and use special abilities, you’ll have to micro-manage your gathering, summoning, troop offense, defensive priorities, and Koko himself. It never amounts to much more than doing those tasks over and over, but it’s engaging enough where each level never becomes a bore.

But the game doesn’t stop at gathering bananas and hiring creatures, as there’s a pretty solid skill/ability system in place as well. For example, Koko can drop coconuts for the basic troops to grab, upgrading them to ranged units on the fly, or trigger a special power that buffs himself for a short amount of time. Using these abilities in tandem with your units is the key to victory, and given the decent amount of enemy variety, you’ll have to change your tactics quite often.

The game’s visual style is very reminiscent of Scribblenauts, albeit with a bit less character. It features a vibrant visual style that really pops on a high-end device, but the backgrounds and trees could have used a bit more work — especially in terms of upping the variety between the stages themselves.

As a breath of fresh air, everything is included in Lumberwhack — no in-app-purchases required. You can simply meander from level to level, unlocking new units and stages as you wish. There’s a lot of content here, including a solid amount of new units (with all of them offering up some worthwhile role) and abilities to keep you interested. It’s especially nice that the map branches off constantly, allowing you to challenge yourself with more difficult levels or unlock new animals at your own pace.

Lumberwhack is perfect for quick sessions, long playthroughs, or anything in-between. Although it’s incredibly simple in nature, it’s also one of the most fun castle defense games I’ve played in a while.