Strap in for this, as tonight’s onslaught of games is larger than we’ve seen in weeks. This haul of new titles includes some games we were expecting, some we weren’t, some big name games, and awesome looking indie sleepers. They should all be on the App Store now in every region, so, go nuts downloading whatever you think looks cool.

An Alient with a Magnet

First Look: ‘An Alien with a Magnet’ is a Fun Game of Planet Hopping

Each level is a series of planets, and you’ll start off on one of them and make your way to each until you reach an end goal. Touching the screen causes your alien to travel around the planet – they don’t just spin on their own like the other games I mentioned. Another differentiating factor is that you don’t launch straight off of one planet to another, rather you’ll travel in the direction that the front of your craft is pointing when you release your touch, so there’s a bit more strategy to the aiming when moving between planets.

Forum Thread: An Alien with a Magnet – (by Rejected) [Universal] 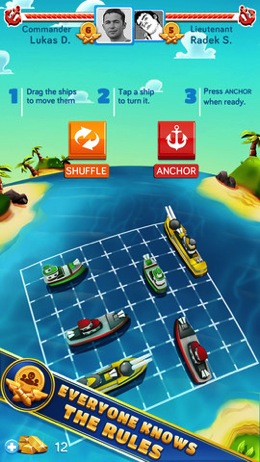 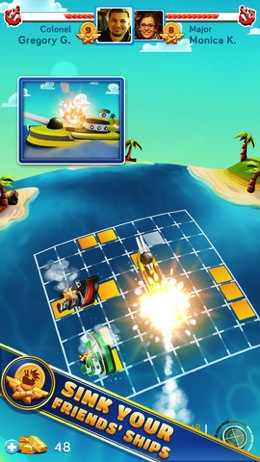 Challenge your friends to a sea battle! Play with friends or defy a random opponent and set the sea on fire in this stunning reimagining of a beloved classic! It’s easy to get started. Just connect with Facebook to find and play with friends! You can also invite buddies by Twitter, SMS or email!

In Brick Roll you play as a tiny cube across 24 levels that are made up of blocky island-like platforms. Your cube moves on its own, at a pretty decent clip I might add, and you simply touch the left side of the screen to change which direction he moves and touch the right side of the screen to jump from platform to platform (or off into the nether if you aren’t careful). 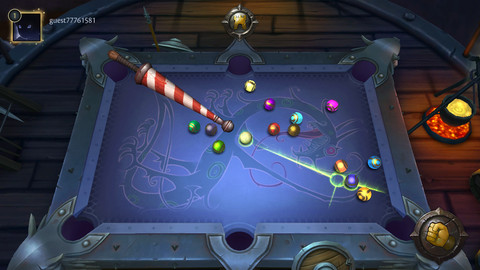 If you are looking for a different twist on the pool genre, Dragon Pool provides the perfect solution. This game is truly unique and refreshingly different from all other pool games out there.

It’s a music and rhythm game that has you placing your fingers on glowing spheres and rotating the beam of light that emits from that connection around a circular track. The goal is to put your beam through other spheres while avoiding obstacles that interrupt the beam. The longer you go without a mistake, the higher your score. Of course, pulse-pounding music plays in the background, appearing to dictate the flow of the game. 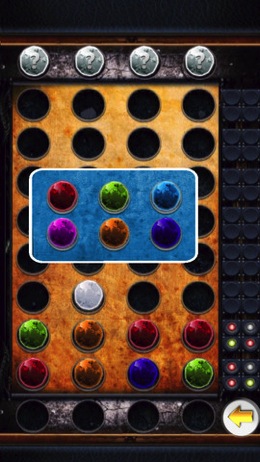 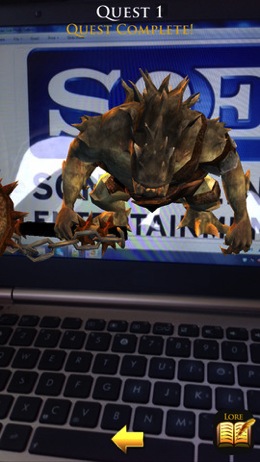 The EverQuest Worlds mobile app provides fans with live quests and mini-games that reveal lore, content and rewards from the EverQuest Franchise. 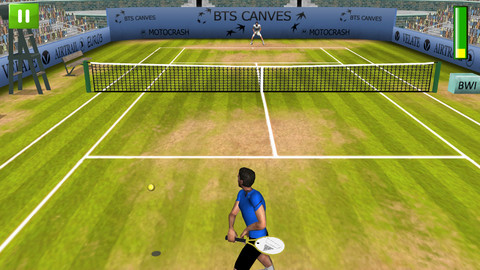 First Person Tennis 2™ is the first videogame in the world developed only with a first person perspective to give you a realism ever seen. 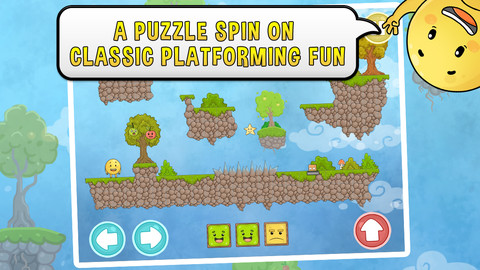 Oh no! Not another stolen girlfriend. Injustice must be stopped! Are you brave and smart enough to help Steve run, jump, bounce and float his way back into his loved ones arms? 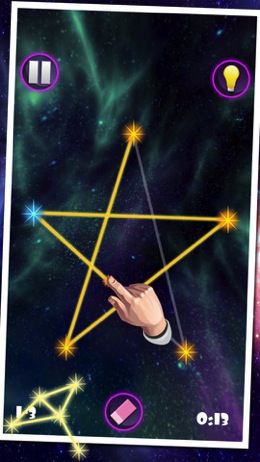 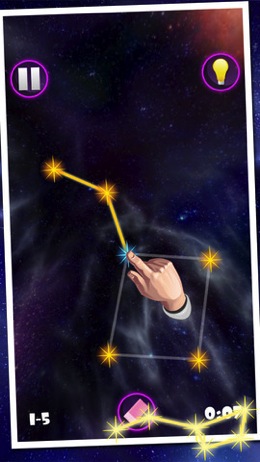 Galaxy is a free addictive brain and puzzle game in which the goal is to drag your fingers from star to star to connect them all without going backward. Will you be able to connect all the stars and form beautiful constellations? 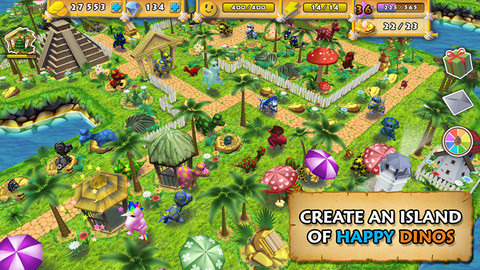 What happened to all the magnificent dinosaurs that once roamed the earth? Play Happy Dinos and discover a Jurassic paradise where cute and adorable dinos are just waiting to meet you. 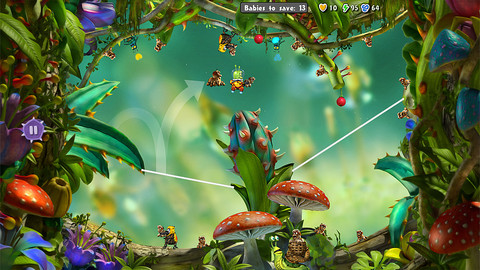 A hoard of revolting Aliens needs cheap labour for their umbrella factories; so they’ve come to Earth to kidnap baby spiders and put them to work. Why are you still reading this? Download Jumping Jupingo now and save the babies!

Forum Thread: Jumping Jupingo – (by Made with Marmalade) [Universal]

[Kid Tripp] is a hybrid platformer, so your character runs on his own. However, running into parts of the environment doesn’t hurt you, it merely stops your movement. It’s kind of like playing Super Mario Bros. with the right direction of the d-pad held down the whole time, which is pretty much how I play anyway…
Controls are simple and elegant. Touch anywhere on the left side of the screen to jump, and anywhere on the right side to shoot. You can also hold down the shooting side to sprint, and holding down jump while bouncing off an enemy’s head or a spring allows you to do an extra jump off of it. Those last two moves aren’t explained in the game, but are crucial to mastering Kid Tripp’s levels.

In Knightmare Tower, you play as a knight on a mission to rocket up a seemingly endless tower, saving princesses, slashing enemies, and collecting coins along the way. As you soar upwards enemies approach from all around, and tapping the screen causes your knight to do a downward thrust with his trusty sword. 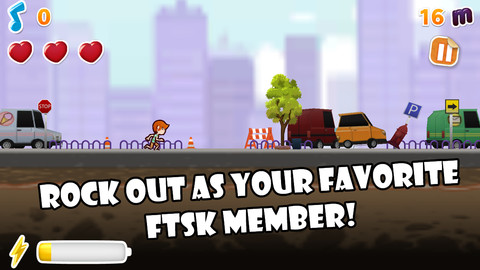 FTSK are always on the run! Take control of Jonathan, Caleb, Austin & Kyle on their never-ending rooftop runner! Collect music notes to unlock cool upgrades and keep the music going! Jump high and wide but avoid those pesky construction equipment. See just how long you can last in this high-rise dare-devil adventure! 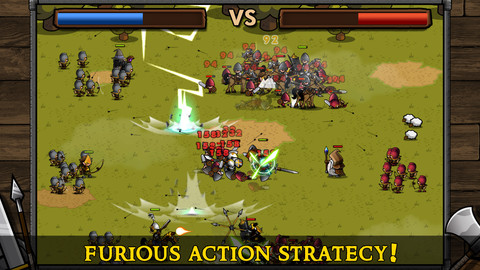 Algers was once a peaceful land, but battles over scarce resources have left the continent ravaged. The time is ripe for a leader to rise and unite Algers beneath his flag, and that leader is you! Do you have what it takes to turn a city into an empire? 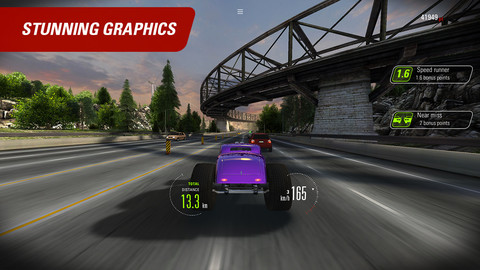 Muscle Run – is a sensational fusion of blood-thrilling races, 100% realistic feeling of driving and the unlimited number of exciting tracks! 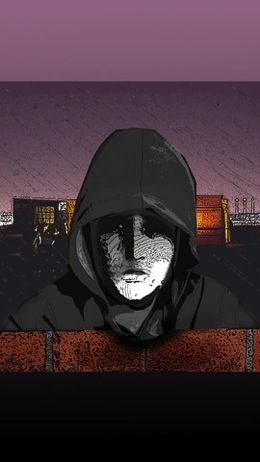 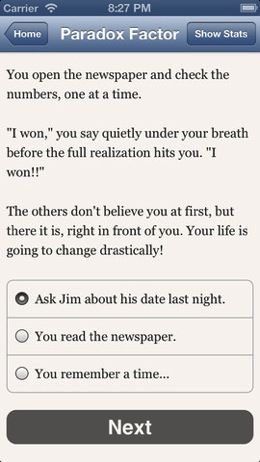 First Look: First Look at ‘Pivvot’, A Strategic Avoidance Game from the Creator of ‘Polymer’

The way Pivvot works is you travel along a winding, maze-like track not totally unlike the twisty levels in Groove Coaster. Your actual character, if you can call it that, is a simple circle attached like a ball and chain to a center point that travels along the winding track. The radius from that center point to your circle is like a “safe zone", able to travel right through the stuff on the track that gets in your way. 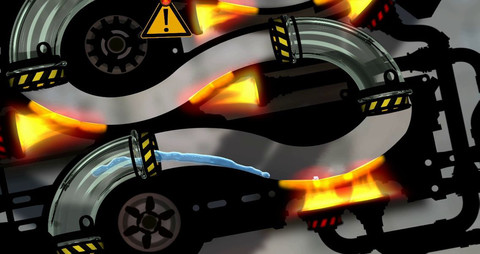 Puddle is a physics-based … almost puzzle-y game where you navigate a big glop of ooze through obstacles and eventually to an end goal. To give you a better idea, in the second mission, for instance, you’re put in charge of pushing a puddle of water through a series of pipes while avoiding spots of heat that’ll evaporate it. The faster you push the water through, the less likely it’ll evaporate.

In the game, you play as a minion overlord tasked with creating a self-sufficient space base. The catch is that waves of laser-toting enemies pop out in intervals, threatening to wreck what you’ve managed to build. And, seriously, these guys aren’t pushovers.

Live the life of the ultimate badass police officer, who gets things done! Fly his police chopper and use its spotlight to catch criminals on the loose! Bring law and order back to three great American cities – Miami, New York and Los Angeles! Unveil comic frames drawn by one of word’s best comic artists and help Rob succeed in his quest to deliver justice!