Way back at last year’s GDC we got our first look at Spiral Episode 1, an action RPG from Pixel Hero Games built in the Unreal Engine. At that time, even though it was early in its development, Spiral looked and played great, offering a unique visual style and made for touchscreen controls. A few months later and the first trailer for Spiral was released, still looking great, with a planned release of its first episode late in the year.

Well 2012 came and went but even though it was a bit past its intended time Spiral Episode 1 has finally launched in international App Stores and will be heading to the US later tonight. I went ahead and grabbed it and checked out the first chunk of the game, and so far I’m pretty impressed by what’s here.

You, as a character named Tempus, start out in a surreal dream world which acts as a tutorial to teach you how to play. Controls are pretty simple: tap somewhere in the environment to move to that point, double-tap to run, and tap on your character to stop moving. You can also drag around on the screen to look around. After you make your way through this brief dream world you’ll awaken on a train, which is the same level we’ve played in early builds previously. 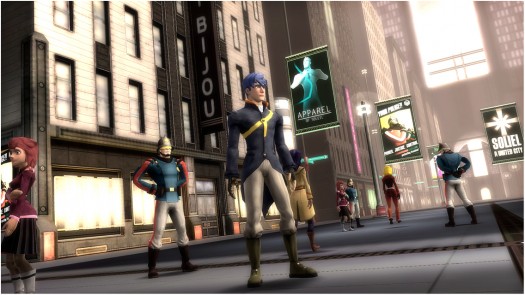 You find out, through talking with your internal AI lady, that the narcoleptic episodes like the one you’ve just experienced have been happening more frequently, and have raised the suspicion of some guards on the train you’re riding. Apparently there is some precious cargo being transported on this train, and it’s up to you to find out what it is and what it’s for. Your immediate job is to talk with others on the train to gather more information.

When that doesn’t really lead anywhere, a sudden explosion takes over your full attention. After inspecting the explosion in the cargo hold you’re told that enemies are attacking from the roof of the train. You quickly find a way up there yourself to do battle, and this is when Spiral really starts to open up.

Combat in Spiral is simple, but fun. Tap an enemy to perform a light attack, or tap them repeatedly to pull off a combo. In addition, tap and hold on an enemy to perform a heavy attack or tap and hold on yourself to charge up a special blast that can hurt multiple enemies that are in your radius. Depending on how far away the enemies are that you’re attacking, you’ll automatically perform a melee or ranged attack. There’s a stamina bar to worry about too, along with a health bar, so you can’t just go nuts tapping enemies because eventually you’ll become exhausted.

During this train sequence there’s also a mini-boss fight of sorts, against a hovercopter. Here your position is fixed and you must swipe to aim at the copter using tap gestures similar to the normal combat to fire at it. Shortly after this you’ll square off against another group of baddies and that draws the first chapter to an end.

My initial thoughts after playing through that first chapter are that I’m excited to see where Spiral goes. The storyline seems intriguing and is entirely voice-acted, though it’s of mixed quality. Visually the game is fantastic, though my iPhone 5 felt like it was having a meltdown after just about 20 minutes of playing. Chalk that up to the Unreal Engine, I suppose. Combat is deeper than it first appeared, but still I’m somewhat worried about it being a mindless tap-fest. Your character gains experience through playing and can level up his attributes, so there might be much more to the combat as I continue to progress.

If you’re looking for a new RPG-ish adventure with plenty of action and an interesting story, I think Spiral will fit that bill. I’m eager to dive in deeper, and if it’s caught your attention as well then add it to your TouchArcade (Free) app Watch List to get an alert when it hits the US App Store tonight, or swing by the forums for even more early impressions and discussion.