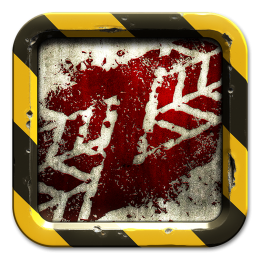 A couple of days ago while at WWDC 2013 I had the chance to sit down with Kevin Pazirandeh, creator of the ultra-popular Zombie Highway (Free), and take a look at a new spinoff that he’s been working on called Zombie Highway: Driver’s Ed. We actually had a chance to check out Driver’s Ed back at GDC in March when it was in a very early state, and even then it looked really awesome. The build I saw this week was much further along, and you can finally see the game really starting to shine.

Driver’s Ed isn’t a proper sequel to Zombie Highway, though one of those is also in the works, but rather a more driving-focused, arcade-y version of the game which uses some new tech and new ideas that will likely influence the direction Zombie Highway 2 takes based on how players react to them in this game. Not to say that Driver’s Ed is just some practice dummy, taking all the punches until the real opponent shows up. Far from it in fact. Driver’s Ed simplifies things in some ways, makes other things more complex, and in the end comes together to create a perfect “same but different" experience that I think both fans of the first game and newcomers will really enjoy.

Check out our lengthy hands-on look and commentary with Kevin as we spend time picking apart Zombie Highway: Driver’s Ed.

Oh, and of course you should add this on to your TouchArcade (Free) Watch List to keep up with future news as well as the release of the game, which should be in the not-too-distant future.