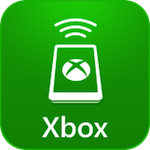 At the Xbox One reveal event a few weeks ago, Microsoft mentioned that SmartGlass was being built into its upcoming console, presumably allowing for more functionality and less of a bolted-on feel than the companion app has on the Xbox 360. Today, at its E3 2013 press briefing, we got a small look at what SmartGlass can do on the One — and, spoilers, it’s looking kinda the same.

Specifically, players will be able to start up games, set up multiplayer matches, and purchase in-game add-ons through the app, which of course, works with iPad and iPhone. You’ll also be able to control games with SmartGlass or just take a peek at game stats if a given game supports that.

The current SmartGlass app for Xbox 360 allows for a lot of this stuff, but most of it has a web-y, sorta slow feel to it. If SmartGlass on One responds smoothly and displays information without hassle, it’s a definite improvement.

We didn’t expect a lot of mobile news from this event. The word pre-briefing was that it would be all about games, games, and games. And it certainly was — in addition to a few surprise reveals for games like, say, Killer Instinct and Dead Rising 3, the briefing was filled with game teaser trailers.