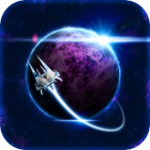 The term “4X game” is either scary or foreign to you if you are not a strategy gamer. Even if you are one, like myself, they can still be daunting. With Eclipse: New Dawn for the Galaxy ($5.99), Big Daddy’s Creations has attempted to make this genre more accessible. Based on a complex board game of the same name, Eclipse simplifies the the 4X genre by providing guided, limited options and a set game length. That is not to say it is simple, but it has elegant European design; imagine Masters of Orion and Settlers of Catan had a baby.

What is a 4X game you ask? It stands for the four basic actions you can take in this type of game: eXplore, eXpand, eXploit, and eXterminate. Examples include Starbase Orion on iOS and Heroes of Might and Magic on PC. In Eclipse you take on the role of one of several alien or human races with the goal of building your empire over 9 rounds. By exploring and claiming sectors of space, researching technologies, and engaging in combat with other players you will earn points which will contribute to your empire’s overall reputation. There are also other actions to take like engaging in diplomacy, building new ships, and upgrading those ships that round out the experience. 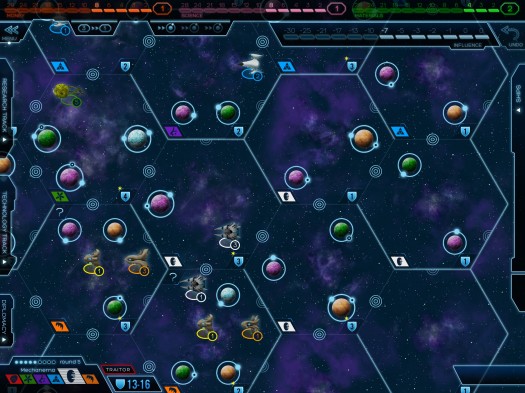 It does seem like there is a lot going on (and there is) but Eclipse is focused in its approach. Each round you have a limited number of resources to work with based on planets you have colonized. Materials allow you to build spaceships, fighters, and other constructs. Out of materials? Ok, then those options are gone. Science allows you to research new technology which can help you colonize new sectors of space or outfit your ships. Do you have enough science to research this round? Maybe only once, ok that’s easy to plan out.

Lastly you have money which determines how many actions you can take that round and how many sectors of space you can control. Clearly knowing how much you can do each round keeps you focused. This is the secret sauce that makes Eclipse so palatable as a grand strategy game. Rather than giving you freedom to control every unit you have in play each round, you are funneled into taking whatever actions you can fit in.

Of course, this is not solely an economic game, there is also deep space combat. As you explore the galaxy you may encounter “Ancients” which are a remnant of the former controllers of the galaxy. You also may spar against other players as you attempt to invade their territory. Combat in Eclipse is basically done by a roll of a die, but smartly the designers don’t show you some cheesy dice rolling animation. Instead there is an interesting combat animation as ship goes against ship. 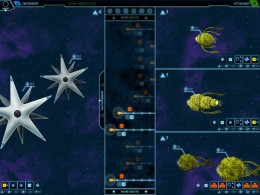 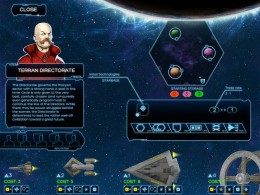 Eclipse also features a very cool ship customization system that is as easy as dragging and dropping. As you research new techs you will get things like bigger guns, better armor, and faster engines. You can upgrade your ships by adding these different techs to what is already on the ship. It has become apparent after playing this game for the past week that ship construction is a key strategy in winning the game.

The sleek UI design given to both upgrading and combat is carried throughout the app. There is a lot of information to process and access, and it could have been a nightmare to access it all. Luckily, this is some of the best UI design I have ever seen. You always have a view of the galaxy at large and can quickly access trays that contain the other information you need to know. For what is at its heart a port of a board game with about a gazillion pieces, Eclipse is designed so well I am not sure you would have known it was based on a board game if I had not told you.

Staying true to the goal of a grand space opera, Eclipse can handle up to 6 players. This can be all human players gathered around your iPad as you pass it around like some sort of deep strategy peace pipe. Of course, finding five friends that can all be together at the same time can be challenging. The game features AI opponents which may be the main way to play the game. They are challenging at each level and play differently to help you perfect your skills.

For example, the peaceful AI will never invade your territory allowing you to learn the game without having to defend yourself. This builds up to the hardest AI which starts with an advanced spaceship and is very aggressive. For the brave at heart there is also asynchronous online play. So far there has always been a healthy crop of opponents from around the world to choose from. The system even allows for private games and features in-game chat. There is even a public chat lobby which has a very early StarCraft vibe. Our forum community has been loving Eclipse since its release as well.

Eclipse is an accessible and polished strategy game that feels at home on iOS. This is not a casual game, but if you have been interested in the 4X genre or strategy gaming in general, this is a great place to dip a toe in. Even with the game’s excellent tutorial, it requires some repeated play to really master. If you are ready for a grand space strategy epic, this an amazing specimen on iOS.