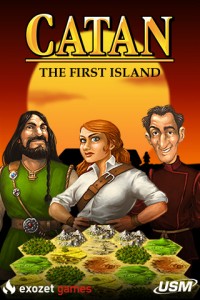 Following Kolonists’ apparent removal from the App Store, Catan [App Store] fans were left without an outlet for their need to build roads and settlements along with gathering various resources on the go– That is, until USM and Exozet Games’ recently released official Catan hit the App Store.

Catan for the iPhone is a faithful reproduction of the board game, which was first published in Germany in 1995 and has sold over 15 million copies worldwide since. The game is played with up to four players (or more with expansions not present in the iPhone game) on a board game with 19 hex tiles that randomly go together to create a different layout for each game played.

Players then build settlements, cities, and roads as they gather resources and settle the island. To win the game, you need to have a certain number of victory points on your turn which are earned by meeting various goals within the game. In the iPhone version, victory points are configurable from 8 to 12 along with a few other options to customize gameplay to both make it harder for veteran players and easier for new players. 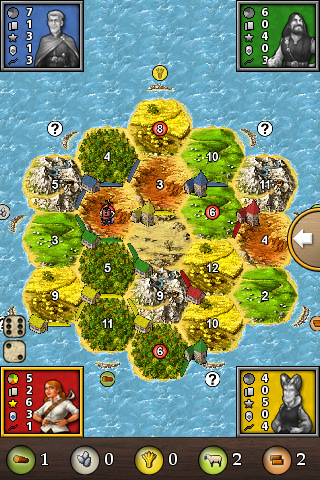 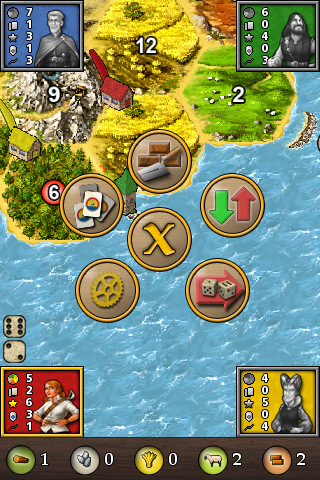 If this is the first you’ve heard of Catan, you will be happy to find out that the game has a remarkably full featured tutorial included that covers nearly every aspect of the game. Catan, like most strategic board games can be somewhat intimidating to new players, but the tutorial does an excellent job of starting with the basics and teaching you everything you need to know to be a proficient settler of Catan.

The thread on our forums about the game is filled with great feedback and reviews. INCyr, a fan of the board game, posted a review and thinks its a great game with a few issues keeping it from being perfect. Forum member Farnsworthiness had never played Catan before posted his thoughts and agrees with me on the strengths of the game’s tutorials but mentions that the game is a bit of a battery hog.

I’ve been having a great time with Catan, although I was disappointed with the lack of anything other than hot seat multiplayer. Having spent so much time playing Words With Friends [$2.99 / Free] lately, I really wish more turn-based games adopted a similar push-alert powered asynchronous multiplayer mode.