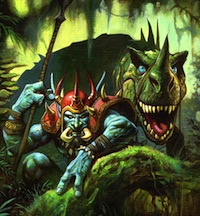 This is incredible. Blizzard Entertainment’s big game reveal at PAX East is Hearthstone: Heroes of Warcraft, a free-to-play collectible card game that’s coming to PC, Mac, and eventually iPad. Let this one sink in for a moment: Blizzard, the studio behind some of the biggest and greatest PC titles ever, is going to put a game on iPad. Wild!

Set in the World of Warcraft universe, each Hearthstone deck will revolve around heroes of nine of the MMO’s classes. At least 300 cards will be available at launch, and you’ll be able to earn or buy packs. Also, you’ll be able to put together your own decks and be able to “disenchant" duplicates and craft better, presumably original cards from them. 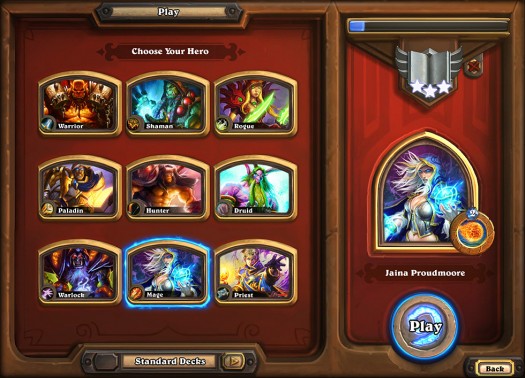 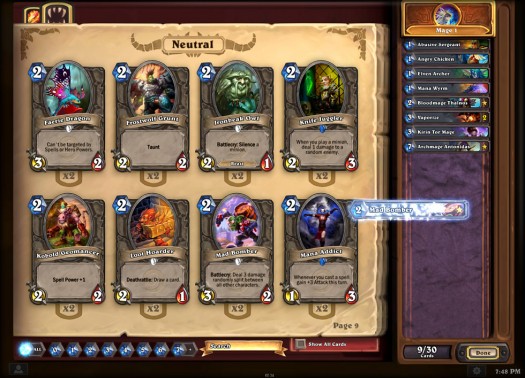 The competitive side of the game will feature one-on-one fights via Battle.Net, which, if you didn’t know, is the service Blizzard uses for its PC games. We’re not sure what the iPad version will use — details are still coming out from the event.

Chances are we’ll have a lot more on this one as the day goes on. Hearthstone is due out at some point this year. The iPad version will follow the PC and Mac release. A playable build is apparently available on the PAX East show floor, so we’ll probably have more on this for you later.

UPDATE: Hey, you can register for the beta right now.