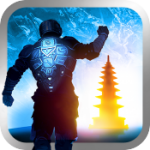 When 11 Bit Studios released Anomaly Warzone Earth ($1.99) on iOS in 2011, we were blown away by its unique ‘tower offense’ take on a genre that had grown stagnant. Fast forward a year and a half later and the first sequel to the acclaimed game has finally arrived. While Anomaly Korea ($3.99) continues to impress with the same great gameplay and concepts as its predecessor, folks looking for more than cursory improvements may be a little disappointed.

If you haven’t had the pleasure of playing Anomaly Warzone Earth, I’d suggest checking out the review of our 2011 Game of the Year Runner-up for a succinct description of the general gameplay. I recommend this because Anomaly Korea plays like its predecessor in all respects. Players still lead a convoy of vehicles through enemy territory, destroying towers and clearing a path towards objectives and exits. Meanwhile, the same upgrade and power system provides limited customizability in terms of the vehicles deployed and the abilities used. 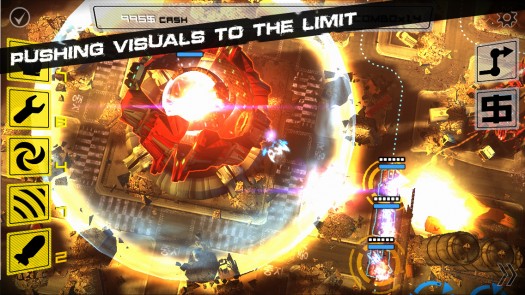 While the core gameplay is nothing new, 11 Bit does throw a few new items into the mix such as the Horangi Tank (which builds up power as you destroy towers and lets you unleash an AoE attack) and the Flamer Tower (which unleashes a DoT burning effect on your vehicles until it’s repaired). While these additions add some new strategy to the mix, for the most part you’ll be partaking in the same great tower offense style of play that made Warzone Earth so popular.

One area that Korea does succeed in over its predecessor is its use of a large variety of objectives and level-specific ‘twists’ in each mission. For example, one mission charges you with taking out a set amount of towers within a certain time limit while another level has you eventually escorting four defenseless vehicles (important considering you can only have six vehicles total) to a drop-zone. 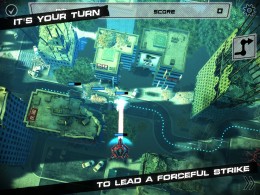 Even the missions that simply have you traversing a map have some interesting twists, such as the map littered with all-powerful enemy artillery that will bombard sections after a set period of time.  Another example features a mission with radio towers that launch powerful air raids but players can only choose two of the five towers, forcing you to pre-plan which ones you will use and the route that is most advantageous to the warpath you set. While none of these facets change the overall goals, they are nice if only to add some variety.

Another area that deserves praise are the visual improvements made to Anomaly Korea. Simply put, 11 Bit has taken the impressive visuals seen in Warzone Earth and enhanced them for current iOS devices in every way. Environments are crisper and more detailed. Particle effects and explosions are more plentiful and look spectacular. I also appreciated the change of scenery as the game shifts from the Middle East to Korea, although when you’re in the midst of battle you’ll be a bit too busy to notice. There’s also no performance degradation in terms of slow-down or freezes. It’s not often we speak about awesome graphics in a ‘tower’ game, but Korea continues the visual splendor of the original.

While there’s a lot I like about Korea, my biggest complaint is its relative lack of content. The story mode is limited to 12 missions which can be cleared in a few hours on the casual difficulty. Korea does offers a new ‘Art of War’ mode, but missions are again sparse and really aren’t in the same vein as the normal story levels (mainly due to their much higher difficulty). While there is some replayability via playing missions on each difficulty mode and working towards getting gold medals in each, I was hoping for a bit more actual content.

Others may also be a bit disappointed at the lack of any significant changes to the core gameplay, but personally I don’t find it a problem. The mechanics, presentation and style of Anomaly: Warzone Earth were unmatched when it first hit, and they carry over quite well in Korea. In this regard, if you treat Anomaly Korea as more of an expansion pack rather than a full-on sequel you’ll be pleased with the purchase. Even if you wanted more, I find it hard to believe that you can resist more pure Anomaly.