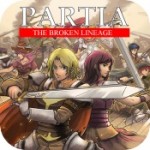 If your expectations in terms of a game’s presentation are high, Imago’s Partia: The Broken Lineage ($3.99) isn’t for you. On the other hand, if you’re a fan of Strategy RPGs, especially the Fire Emblem series, and you can deal with simple graphics, typos, and a few non-fatal glitches, developer Imago’s freshman offering is remarkably deep, very nearly on par with big budget games like Final Fantasy Tactics ($13.99) and Spectral Souls (Free).

The plot of Partia is appealingly human: a couple of generations after the unification of two kingdoms, old rivalries and new circumstances threaten to tear the realm apart. Would it be best to let Gran and Anas separate? Unfortunately, you’re in no position to consider that possibility, as your brother is the new, and possibly last, king of united Grana. 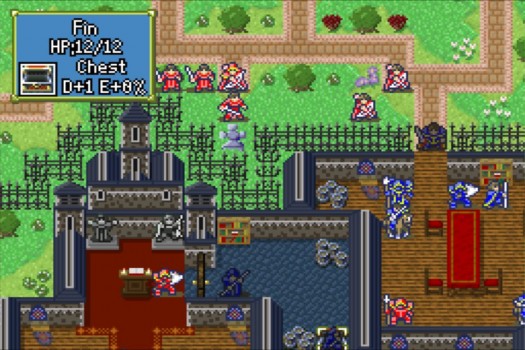 The game plays out one tightly-focused mission at a time, with access to shops and the ability to manage inventory in-between. The level design is one of the game’s greatest strengths, and makes up for many of its weaknesses. Every level presents unique and interesting challenges, even the first one, which is easier but not over-tutorialized. The game handles fighting retreats and protecting civilians well, bringing focus but generally not railroading the player into one obvious strategy.

When I was laying siege to a rebel castle and saw that they’d sent out their women and children with only a single unit for escort, counting on me not to slaughter non-combatants, I was impressed because they are (a little) in the way, and the game lets you commit a massacre if you want to be a monster, or do the obvious, decent thing, and let them go. Given the genre, this is a fully-scripted, not AI-driven event, so the choice is clearly intentional.

The touch-control scheme works well, and there is a half-screen with virtual controls scheme in Portrait mode, much like that in Lunar ($6.99) with similar drawbacks. 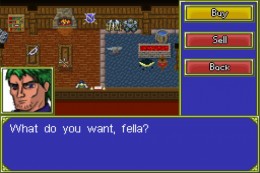 The game’s mechanics were clearly designed in homage to Fire Emblem, from item durability to combat mechanics to permadeath for all of your subordinate characters, and you have far more (meaningful) options for customization than in most iOS strategy games. The rock-paper-scissors aspect to the weapon system has been greatly deemphasized or removed, but the game doesn’t miss it. Similarly, Partia lacks the “cut scene" combat animations that provide for good screen shots but quickly become tedious in-game.

What it is also lacking, to its cost, is some of the contextual dialogue that helps gives games like the Fire Emblem and the Super Robot Taisen series their texture. For example, when your heroes die (never to return) they do so silently, and there are no optional mid-battle conversations. Imago is interested in adding these elements, but is asking players to contribute them, which might have seemed unprofessional not long ago, but in the age of Kickstarter, we call that “crowdsourcing."

The game’s presentation is frankly amateurish. I’ll defend retro style when it is done with consistency and vision, but there’s an unintentional mashup quality to the art here. Not all of the mugshots are executed in the same style, and certain elements of the UI are blocky and ugly in a way that feels a lot like a hobbyist RPG Maker effort.

There are a lot of typos and grammatical errors in the text, an easily corrected flaw. There are some obvious bugs, like the fact that that the option to “animation off" toggle doesn’t work, and the occasional glitch, such as when after restoring a suspended game, I found myself able to give orders to panicking civilians who usually flee on their own.

None of these things break the game. Partia doesn’t just have potential: the most essential parts of the game are well-realized. The problem is that everything else has been left unpolished to the degree that the game feels unfinished. Despite all of these flaws, I’m still playing it. The experience is no worse than trying to get Der Langrisser to run under emulation, and the payoff is comparably satisfying.