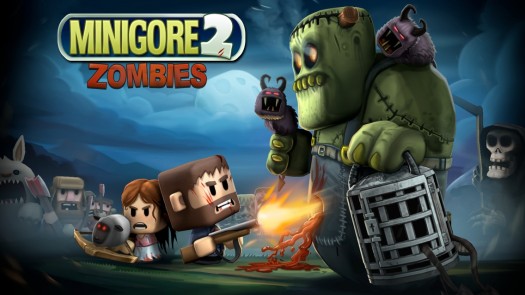 If there’s one iOS game launch over the years that sticks out in my mind simply due to the absolute fervor and level of anticipation it conjured, I think my vote would have to go to Mountain Sheep’s Minigore (Free). Yeah, games like Ngmoco’s Eliminate and Crescent Moon’s Aralon: Sword and Shadow (Free) garnered their own crazy hype build-ups and big launches, but man, Minigore was just nuts.

Following the initial teaser trailer for Minigore way back in May of 2009, our upcoming forums exploded with all sorts of silly chatter and antics in anticipation of the game. It was fun to get so excited about something, even a little iPhone game.

Of course when Minigore finally did release a couple of months later it was definitely a fun and stylish game, but ultimately couldn’t live up to the crazy hype built up for it. It would have been tough for any game to, really, but especially one that was originally supposed to be a quick spinoff prequel to the supposedly much more robust Hardgore (a game that never came to fruition). Mountain Sheep continued to update Minigore regularly though, and it eventually evolved into one of the better dual-stick shooters out there, and a total cult-classic in our community. 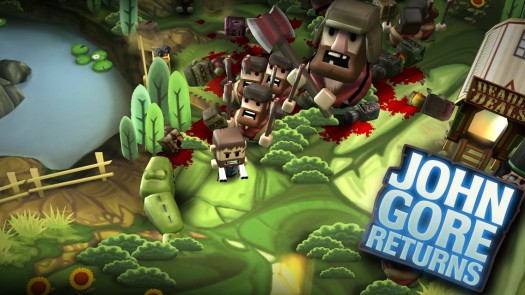 In September of last year, Mountain Sheep announced the long-awaited follow-up to Minigore simply titled Minigore Zombies. Similar to the original game, the discussion thread in our upcoming games forum exploded in the first month or so after the announcement, but started to dwindle shortly thereafter due to a lack of information on the game’s progress. Mountain Sheep became involved with several other projects and it seemed like development of Minigore Zombies got put on the back burner.

The forum thread quickly became a hotbed of cynicism and snark due to the delays, which while quite vitriolic at times was also pretty amusing. These folks wanted their Minigore, ya know? And who could blame them. Well after seeing the first screens and gameplay footage of Minigore 2: Zombies (the game’s official name) back in October, it finally seemed like it might actually become a reality.

And, as wild as it feels to say, that’s where we’re at. Minigore 2: Zombies is set to release this week on December 6th as a Universal app for $1.99. Posted up above are what will be the App Store screens of the game and here’s the official launch trailer which showcases an awesome cinematic and some new footage of the game itself in action.

If you’re among those who live and die by the Minigore sword, or if you’re just curious to find out what all the fuss is about, you might want to consider staying up late to play Minigore 2: Zombies when it hits with this week’s new releases tomorrow night.