Penny Arcade On the Rain-Slick Precipice of Darkness Episode Three, the long-awaited follow-up by Cthulu Saves The World developer Zeboyd Games, is coming to the iPhone and iPad, according to a recent Joystiq preview. This version will hit this summer alongside the PC, Mac, Xbox Live Indie Games, and Android versions of the game. These guys have all their bases covered, right?

If you’re not in the loop, Episode 3 is a… change of pace. It has the look, and what seems to be the feel, of an old-school RPG. In a chat with Joystiq, Zeboyd said that its major influencers were Final Fantasy V and Grandia, so go figure.

Zeboyd says this will continue the story Hothead Games and Penny Arcade set out to tell before things didn’t pan out, but it’ll also operate as a stand-alone title, which is a great thing for us. I mean, we didn’t even see the previous two games on our tablet and phones of choice. 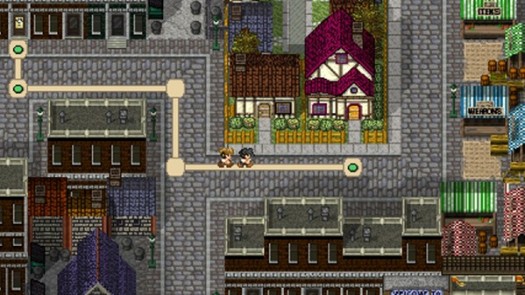 We’ll definitely keep our eyes on this as it nears release, but you should definitely go read what Joystiq has to say. Episode Three sounds pretty hip.