Once a stagnant genre at the onset of the App Store, RPG fans have become increasingly fortunate in recent years with a nice selection of titles, both new and old, to enjoy. Spiderweb Software has been doing its part by revamping and porting its large collection of old-school PC RPGs to the iPad. Avernum 6 is the third such title (after Avernum ($9.99) and Avadon ($9.99)) to be released on iOS and continues the trend of strong, narrative-driven role playing games on the iPad.

If you’ve never played a Spiderweb Software RPG, I’d invite you to check out our review on Avadon for an in-depth description of the gameplay. For everyone else, Avernum 6 employs the same isometric turn-based combat and movement system along with a deep inventory and magic system. However, fans of the previous iOS games will notice some changes, particularly with the leveling and skill system. The somewhat simplistic skill tree of pervious titles has been replaced with the classic Avernum system of purchasing skills and attributes directly with skill points that are earned with each level. 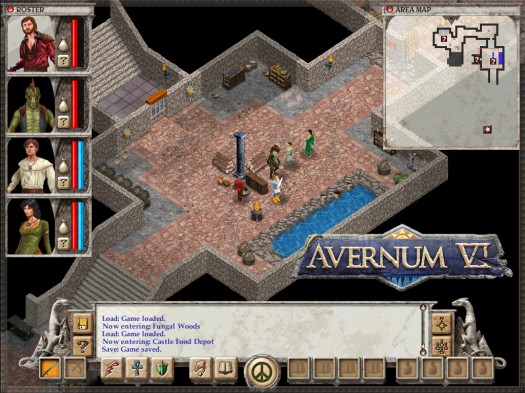 As skills go up, additional ranks cost more, eventually to the point where you’ll need to bank up multiple levels’ worth of points in order to increase skills. Personally, I prefer the trait systems of the previous titles, as I feel they are more accessible and easier to understand. However, I can appreciate the decision to use the older Avernum system, as it offers a ton of flexibility in character creation and specialization. Once you get a firm grasp of the archaic system, players should have little trouble.

With Avernum 6, Spiderweb made an interesting choice in its porting choices. While Avernum: Escape from the Pit was the first game in the series, Avernum 6 is both the last game of the second Avernum trilogy and the series as a whole. While both games are mostly self-contained as far as the direct story is concerned, there are a lot of overarching changes that alter the overall mood of the adventure. For example, Avernum focused on the tales of prisoners of the Empire and how they survived in an uncivilized land with makeshift government. Your goal was to escape and/or bring vengeance against the Empire. 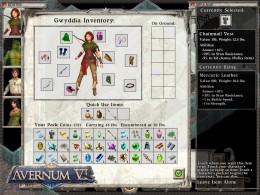 Avernum 6, meanwhile, plays out in a completely different setting. The underground government and the Empire have been at peace for quite some time. Various Avernum species that once were significant enemies are now (mostly) allies. In addition, Avernum itself has transformed from a primitive world to a thriving kingdom to now a region on the verge of collapse, with its agricultural threatened and denizens leaving in droves. As you can imagine, the overarching quests feel a bit more urgent and significant, as the proverbial ‘fate of the world’ eventually rests on your actions. While I thoroughly enjoyed the story and themes of Avernum 6, I can’t help but wonder if some of the power of the narrative is lost on iOS players that haven’t played Avernum 2 – 5.

I only make a big deal of the themes because the story and narrative are by far the strongest points of Avernum 6. The tales weaved via conversations held with NPCs or through the descriptive texts upon entering a new region are well-done and do a great job painting a true portrait of what you’re doing. That’s important, because the actual visuals, like previous titles, are very much in the vein of old-school titles. I don’t think awesome visuals are needed to enjoy Avernum 6, but it’s worth mentioning in this age of heightened graphics. 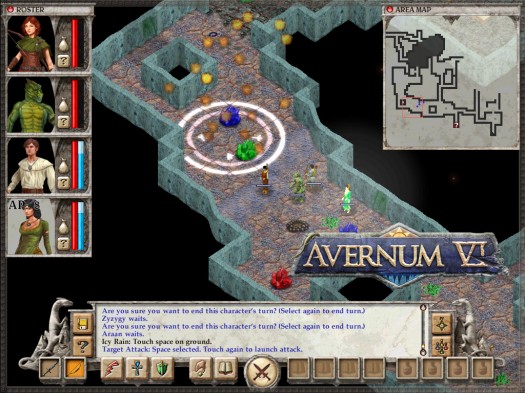 Meanwhile, fans looking for a ton of content in their RPGs will be happy, as Avernum 6 doesn’t disappoint. The world of Avernum is huge, with dozens of cities, towns, caves and dungeons to explore. In addition, a wide variety of story and optional quests are available each with their own unique rewards. Finally, if you’re tired of questing, even the simple acts of exploring, finding new dungeons and testing your party against the enemies encountered are fun experiences. This ability to do anything you want is my favorite aspect of the series and Avernum 6 continues the trend marvelously.

We loved Spiderweb Software’s first two iOS entries, and suffice to say, Avernum 6 is another great release and a must-have for RPG fans. Granted, out of all three iOS titles Avernum 6 is probably the least accessible in terms of its skill-point system. In addition, as mentioned above I’m curious as to the decision to release the last game in the series  so soon after the release of the first, although I imagine the decision was made due to Avernum 6 being the most recent title (and thus having the most up-to-date engine). Still, it’s hard to make anything out of these minor complaints considering how good the game actually is. I only hope that the other games in the series eventually make it to iOS so we experience the complete saga of Avernum.