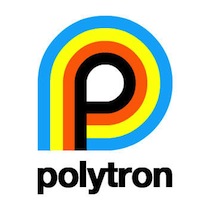 Fez is an awesome game if you take the time to drill down and uncover the many mysteries hidden beneath its below-average action. It’s a deep game, which is the reason our minds were kinda blown this afternoon when Fez creator Polytron mentioned that Zynga, king of casual and mindless games, offered to help the studio do a Fez mobile port. Like, seriously.

According to Polytron, it has turned Zynga down.

This is an overheard on Twitter kind of thing, so take that into consideration as you chew on this weird little fact. And, yeah, Polytron confirmed this wasn’t a joke.

We’ve re-assembled our brain cases since this reveal. Our best guess — and maybe we wouldn’t have been so surprised if we didn’t forget about it already — is that Zynga tried to nab Fez as a Zynga Partners game. It’s a program designed around drawing more “core" gamers into its social networks, so the shoe kinda fits.

Speaking of that, we believe the first Zynga Partners game will be Horn, which releases soon, if anyone is still around at Zynga to throw the switch on it by then.