It doesn’t take much thought to understand what Shellrazer ($2.99) is all about, and it’s easy to dismiss it as ‘just another shooter’ for iOS. However, Shellrazer is a bit different in that it’s simple, fun, challenging and has enough content to keep you playing for quite a while. Most games can only accomplish one or two of those things, and that’s what this special.

The turtles are at war with a group of goblins as part of an annual event, and all that really means is they have an excuse to bring out some awesome weapons to blow them up with. There is more to the overall story, which does name some of the characters you use and play with, but you’d likely never know this information unless you read the app description. The main setup for each level remains the same throughout the game, blow up things in your path so you can make it to the end of the level. Simple design choices where you don’t have to think too much about the basic mechanics of a game not only rope you in early on, they also make it so that additional layers can be added in without much explanation. 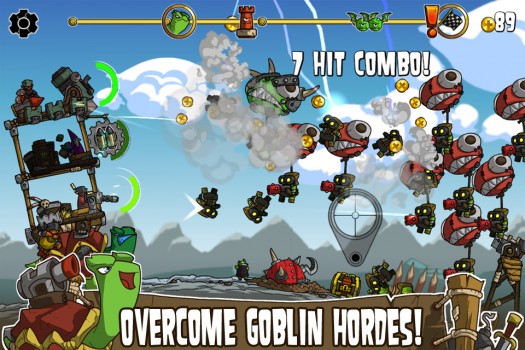 Destroying enemies and using speed boosts causes coins to drop on the ground, which allow you to purchase new, even greater weapons that make your turtle tank stronger than ever. Let’s just say having your turtle leap into the air and smash goblins below him is quite a sight to see. You can also upgrade your existing weapons to be more powerful, increasing the damage and durability of them. The coins seem to drop often enough to where you wouldn’t need to buy any of them with real money, so that’s definitely a plus in a game that utilizes in-app purchases like this.

As you take down more and more goblins, you’ll unlock new areas that haven only slight visual differences. To be fair though, there probably isn’t much you could do to change things up in a drastic manner between areas. After all, the game plays just fine as it is so reinventing the wheel isn’t necessary.

The lasting impression of Shellrazer is that equipping turtles with huge guns and blowing the heck out of goblins makes for an immensely fun time. It also helps that the more you play, the more gear you unlock to use on your turtle. You’ll need the improvements too, the game can get pretty tough as you move into the later levels (the forums can back me up here).

While Shellrazer may not have a ton of lasting value, due to not much changing in each area besides increasing difficulty, it’s still a great game that’s definitely worth your time. Don’t fret about the dollar, it’s worth it just to see turtles destroying every goblin in their path. The only piece missing is fireworks upon finishing each level. 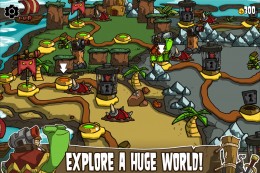 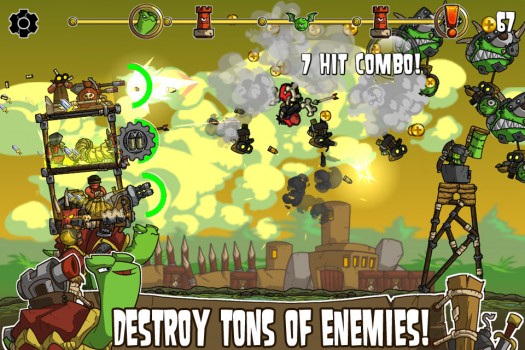 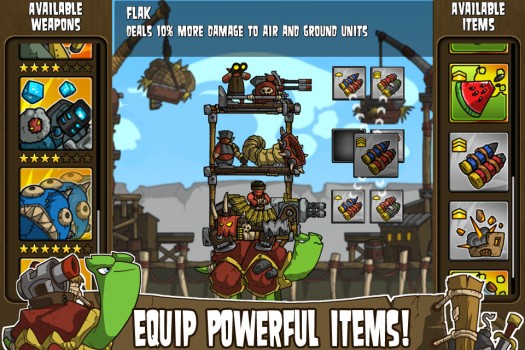 For another look at Shellrazer, check out: TA Plays: ‘Shellrazer’ – A 2D Side-Scrolling Shooter With A Huge Turtle